Curzon cruise to next round 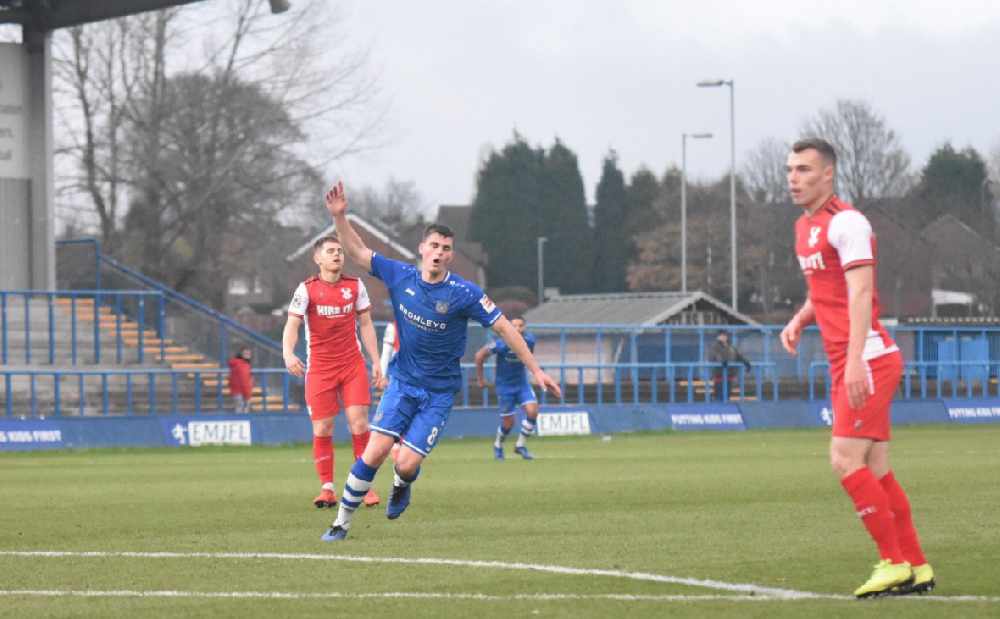 Mike Calveley and Charlie Jolley scored their first Curzon Ashton goals as they swept into the first round of the FA Trophy with an assured victory over Kidderminster Harriers.

Calveley got the ball rolling with an unstoppable 30-yard strike which nearly broke the net as it thundered into the top corner; a leading contender for goal of the season.

Cam Mason had a serene afternoon for the Nash as his defence didn’t allow Kidderminster a sniff at goal and it was then left to new attackers Jolley and Connor Dimaio to wrap up the win in the second half.

It means Mark Bradshaw’s side are in Monday's draw for the first time since 2015 after extending their winning run to three games.

Only one change was made to the starting line-up which so impressively saw off York City with captain Nicky Wroe restored to the team. Robbie Evans dropped out from the squad entirely as a precaution having just returned from a long-term ankle injury, but he is expected to be fit for next Monday’s meeting with Kettering Town.

Kidderminster started on the front foot, but it was Curzon who created the first chance of the match when James Baillie found himself in space in the box. He couldn’t turn quickly enough to get a shot away and when the ball fell to Sean Miller at the back post his shot was straight down the throat of Thomas Palmer.

The visitors grew frustrated as the half went on at their inability to break down a rock solid Curzon defensive set up, although they did come within inches of breaking the deadlock when Ashley Hemmings ferocious effort from outside the box came back off the underside of the crossbar.

The opening goal arrived on the stroke of half time from a seemingly harmless position as the ball dropped invitingly for Calveley a fair distance from goal. He wasted no time in unleashing an outrageous first-time strike which left Palmer scrabbling at thin air as it flew past him.

The Nash had picked up exactly where they left off against York City and only improved in the second half.

Liam Davies and Calveley had both gone close with headers before Jolley doubled the lead with 15 minutes remaining, capitalising on a collision between Palmer and his centre back Cliff Moyo to tap the loose ball into an empty net.

Dimaio then sealed an emphatic victory with his second goal in as many games for the Nash when he ran on to Miller’s neat through ball and kept his composure to round the keeper’ and stroke in his team’s third of the afternoon.

With the game done and dusted, Bradshaw was afforded the opportunity to hand youth team player Jack Worrall his Curzon debut as a late substitute. A fantastic afternoon at the Tameside Stadium and all eyes are now on the draw for the first round which takes place on Monday at 12.45pm live on Talksport.