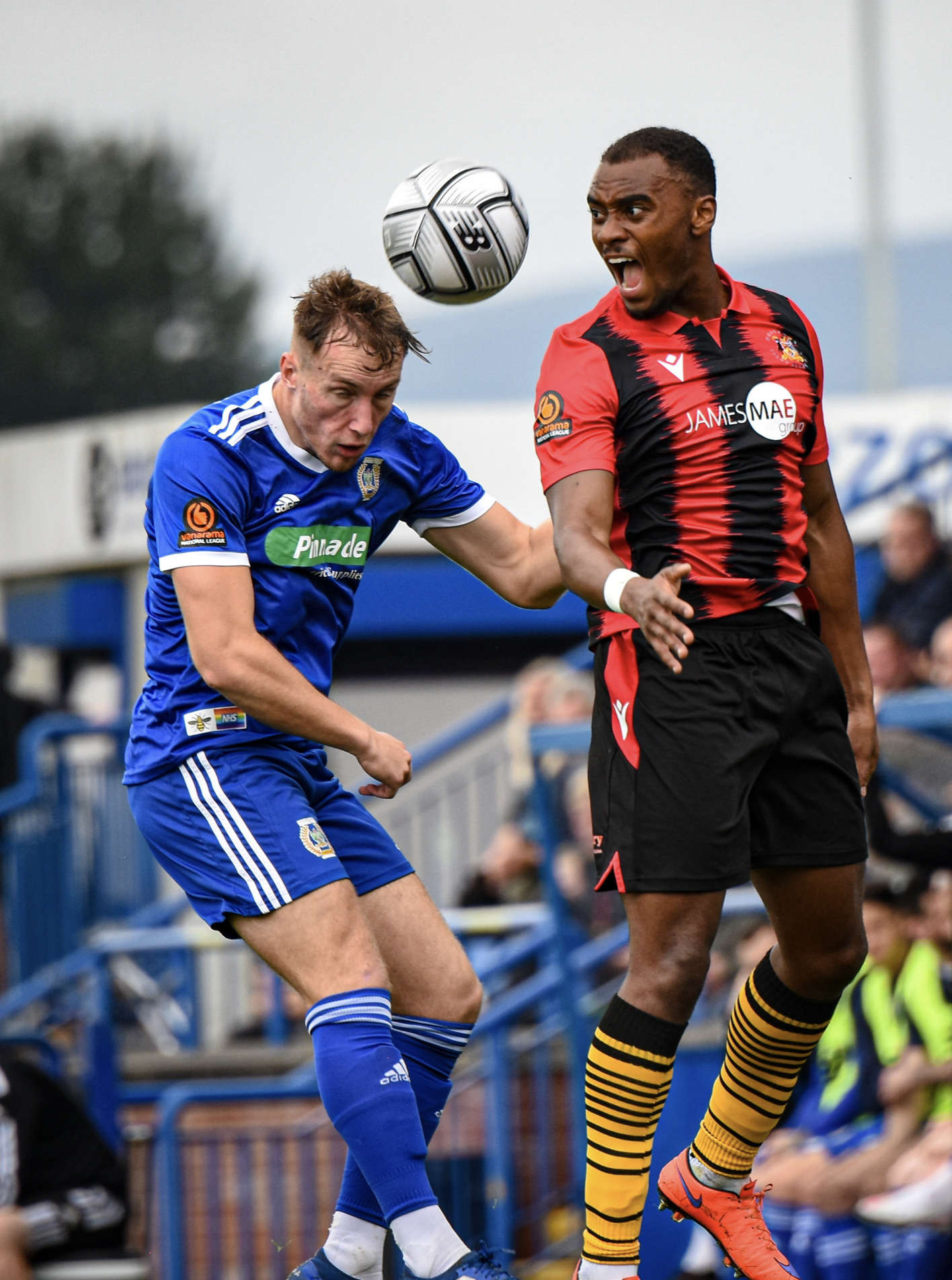 Curzon Ashton maintained their impressive start to the season with a 2-1 victory over Bradford Park Avenue at the Tameside Stadium.

Marcus Poscha put Curzon ahead in the 12th minute with a stunning effort 10 yards out. The defender capitalised on a loose ball inside the box, pivoted on the spot before driving the ball into the top right corner. The visitors equalised in the 34th minute through a really well worked goal. A deep cross to the back post was met by Old Johnson who headed home from six yards out, leaving goalkeeper Jack Renshaw with no chance.

However, the Nash responded well and secured the three points through Jack Mckay in the 59th minute. Similar to Bradford's equaliser, Craig Mahon floated a deep ball into the box and McKay nodded home into the bottom left corner.

The result leaves Cunningham's side third in the table and three points below league leaders AFC Fylde.

Cunningham's side return to action this weekend in the FA Cup third qualifying round against Cleethorpes Town at home. The Nash secured their place in this stage of the competition following a 4-0 win over Stockton Town in mid September, whilst the visitors, who compete two divisions below Curzon in the NPL East, pulled off a shock 1-0 victory over Alfreton Town. The winner of the tie will receive a prize fund of £5,625

You can watch the highlights of the game below, courtesy of The Nash TV.