Curzon condemned to defeat by Altrincham 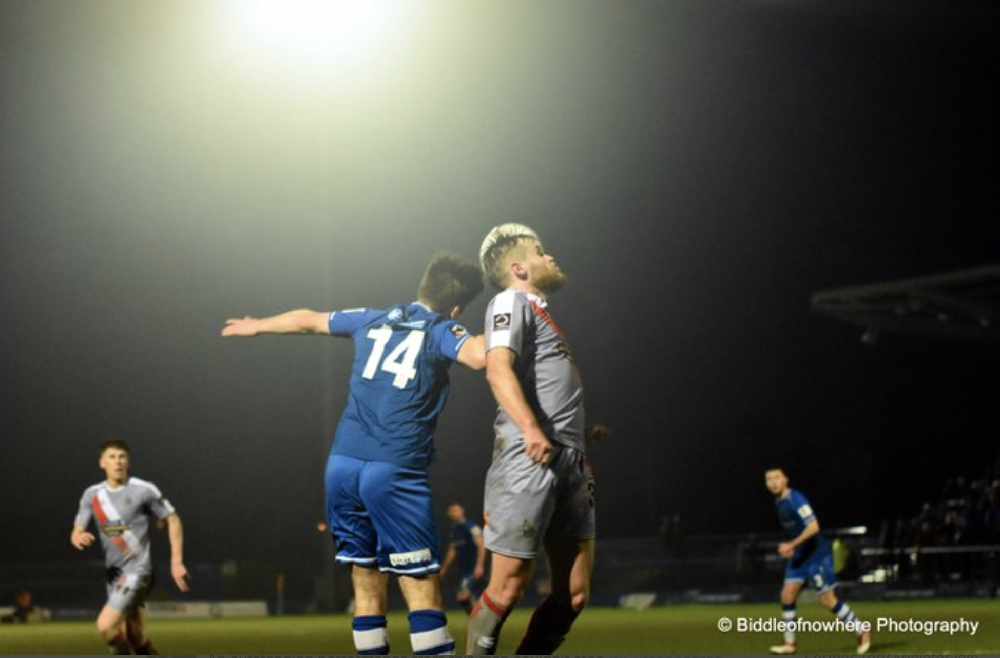 A crowd of 602 turned out at the Tameside Stadium for their annual Boxing Day fixture as Curzon hosted local side Altrincham FC.

Curzon got off to a good start forcing two corners within the first 5 minutes of the game. But their first real effort came on 15th minutes when Robert Evans hit a low effort which was deflected away for a corner.

As the game settled both sides were cancelling each other out and chances for either side were absent.

But on the 17th minute Altrincham came alive as they hit three goal bound shots within seconds, Curzon keeper Cameron Mason had to be alert as he pulled off two great stops from John Johnson, Jordan Hulme then the final effort from Jake Moult was headed off the Curzon line by Liam Davies.

From then on Altrincham dominated proceedings and should have done better with their chances. Joshua Hancock having three good chances the best coming on 43 minutes when he found himself one on one with Mason but he put his effort wide.

In two added minutes of the first half centre half James Jones forced Mason into a fine save as he headed goalwards from a corner, then from 12 yards out he side footed his effort over the crossbar.

Altrincham started the second half as they finished the first half, being on the front foot and putting good pressure onto Curzon’s back line but just lacking the final ball.

On 58 minutes Curzon produced a rare break down the right which saw Charlie Jolley do well by getting past his marker inside Altrincham’s box but his marker recovered quickly to block Jolley’s effort.

Altrincham came close on 61 minutes when Hancock from only three yards out, headed an effort but it looked over the crossbar.

Again on 65 minutes Altrincham had another chance but the ball came to quickly for Thomas Peers and he dragged his shot wide from 15 yards.

Max Harrop on for Johnson tried to fool the referee Mr David McNamara by going down too easily inside the Curzon’s box on 68 minutes.

On 75 minutes the goal that Altrincham fully deserved arrived when Thomas Peers at the back post met the cross from the right and headed downwards past Mason.

On 80 minutes Hulme should have made it 2-0 but his shot was to weak and Mason collected it with ease.

On 84 minutes Mason, who was far by the best player on show for Curzon, produced another save by getting down smartly to deny Harrop who had a clear shot on goal.

Curzon battled until the end but Altrincham were deserving winners.