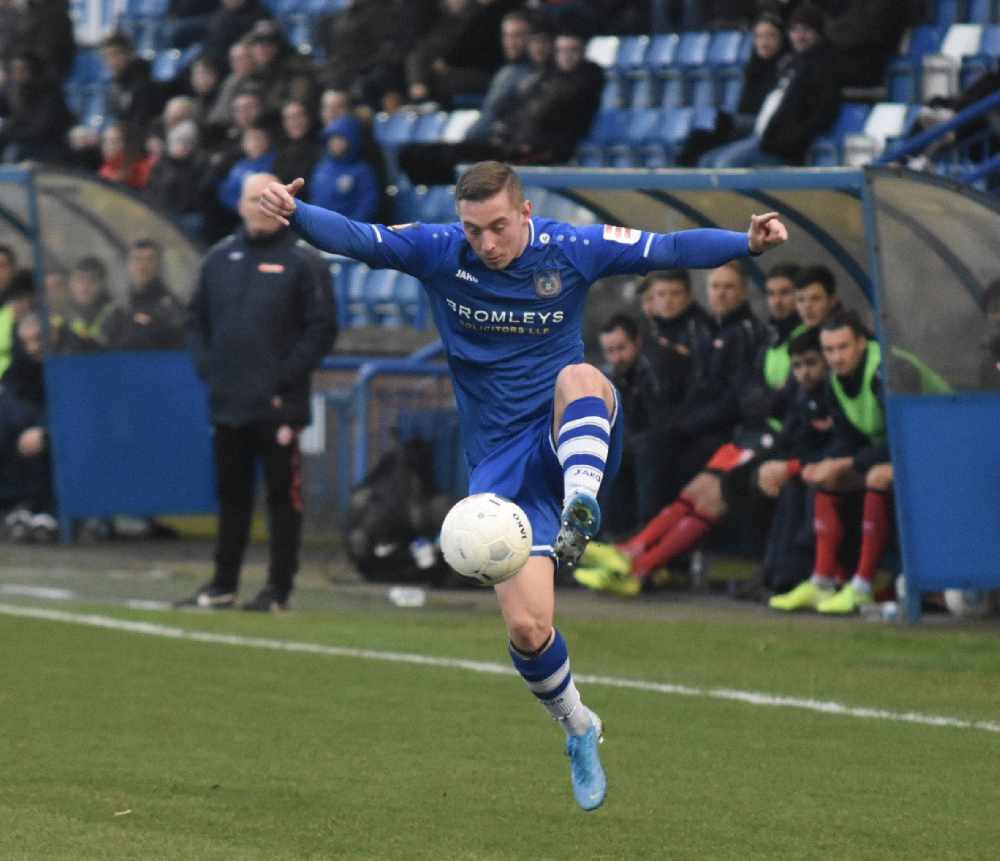 Curzon’s first home game of the new year ended in defeat, as Alfreton Town ran out 2-0 winners at the Tameside Stadium.

It took less than two minutes for the visitors to take the lead. A long throw into the box caught the Curzon players napping, and the ball was turned away at the back post by Amari Morgan-Smith.

Alfreton doubled their lead in the 50th minute, Bobby Johnson converting from the penalty spot to give his side a 2-0 lead.

Curzon were given a great opportunity to force their way backinto the game when, in the 81st minute, Morgan-Smith was sent off. However, The Nash were unable to capitalise on their numerical advantage and Alfreton held out for a deserved three points.

The Nash entered the game looking to bounce back from the 2-1 defeat at Altrincham on New Years Day, but they failed to get out of first gear against an Alfreton side which had claimed back-to-back draws.

The visitors opened the scoring inide two minutes when Josh Clackstone’s long throw into the box made its way to the back post, and Morgan-Smith was on hand to head home infront of the travelling faithful.

Curzon had a great chance to level matters in the 11th minute, but Josh Askew’s shot was well saved by Wright who tipped over the bar.

Miller then had a shot shortly after, but his seffort skimmed the post.

James Baillie also had a chance before the interval, but his effort went wide of the target.

Curzon were left to rue the missed chances as Alfreton doubled their lead in the 50th minute. Morgan-Smith was hauled down inside the box and Johnson sent Cameron Mason the wrong way.

After such a big performance, Morgan-Smith was sent off in the 81st minute after receiving a second yellow for arguing with the referee.

Despite playing with 10-men for the final 10 minutes, Alfreton were rarely threatened and secured victory.

Picture by @biddleofnowhere (Josh Askew in action for Curzon)