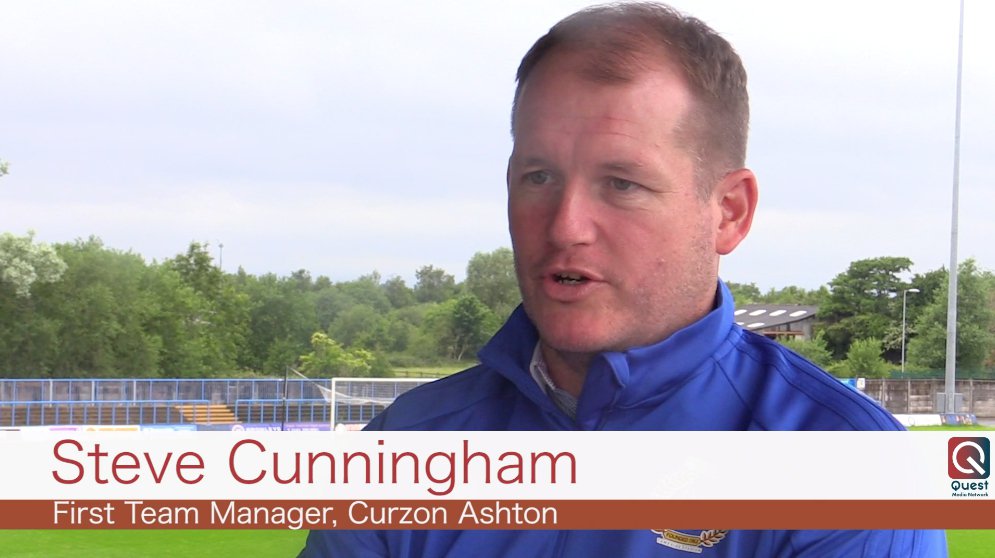 Curzon Ashton manager Steve Cunningham has lined up a number of pre-season friendlies ahead of his second season in the National League North.

Cunningham, who joined the club in the summer of 2020 from Colne, took charge of the Nash last season but was unable to see a true reflection of his side’s capabilities, with the campaign affected by the Covid pandemic and eventually being null and voided.

But, with the vaccination programme in full flow, and with a summer to rebuild his squad, the Curzon boss will now be hoping to make his mark in step two of the non-league pyramid.

And to give his side the best chances of preparation, Cunningham has organised six friendlies ahead of the campaign. The Nash will travel to Trafford on July 10, before making the trip to Bamber Bridge one week later. A short journey to Stalybridge Celtic takes place on July 24, whilst a home clash against League Two Salford City is set for July 27.

Curzon will also make the short trip to take on Dave McGurk’s Hyde United on July 31, before hosting Altrincham of the National League on August 7.

As reported on last week, the club has released six players recently.

Goalkeeper Cameron Mason, who was the longest serving player at the club, has said his goodbyes after six years at the Tameside Stadium, whilst Robbie Evans, who joined from Wrexham two seasons ago, has also left.