Colts lose out in season finale 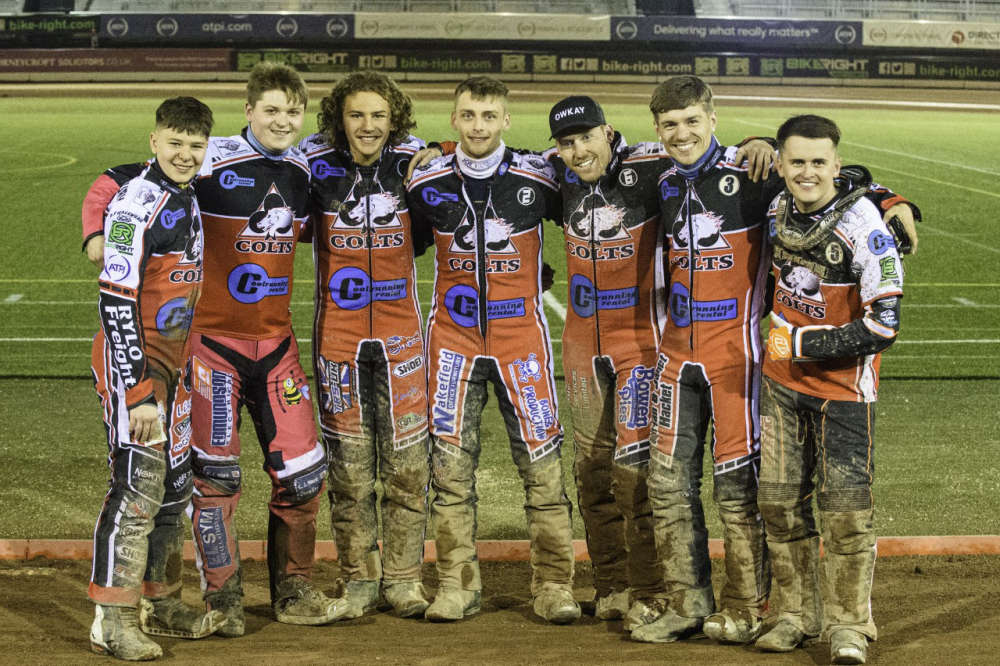 The Belle Vue ‘Cool Running’ Colts closed their National League campaign at home with a 39-51 defeat to Mildenhall on a night of thoroughly entertaining racing in Manchester.

After running them close at West Row a few weeks ago, the home team were hopeful of a big finish in front of their home crowd and made an excellent start to that effect.

In fact, it wasn’t until the latter stages of the meeting that the Manchettes Fen Tigers got the drop on the Cool Running Colts, who kept this resoundingly close for much of the evening.

And it was an impressive National League debut for Sam Woolley, who accepted the call to race for the remainder of 2021 after Ben Woodhull confirmed he was stepping away from Speedway.

Despite only scoring two points, the 21-year-old showed plenty of promise in each of his programmed rides and was not afraid to contribute his two cents worth to the action.

On the night’s events, club No.2 Jack Parkinson-Blackburn said: “We came here tonight wanting to win in front of our home fans one last time and it was very close for a while.

“Unfortunately, that didn’t happen but it was a brilliant meeting with some very good, close racing and I think overall the lads can be proud of what we’ve achieved this year.

“Mildenhall are a strong team and they pushed us very hard but we put up a very good fight. We are disappointed to have lost but you win some and you lose some in Speedway.

“I think overall this season everyone has improved in some way. We’ve had some big challenges that we’ve overcome, and we’ve all gained a lot of experience so that in itself is a win for us.”

The BikeRight Aces welcome back Sheffield to the National Speedway Stadium on Monday, September 6 for the second leg of act two of the War of the Roses.

Premiership hospitality is available for this fixture to pre-book or pay for on the night, with meeting tickets available separately at bellevue-speedway.com and at the stadium box office.