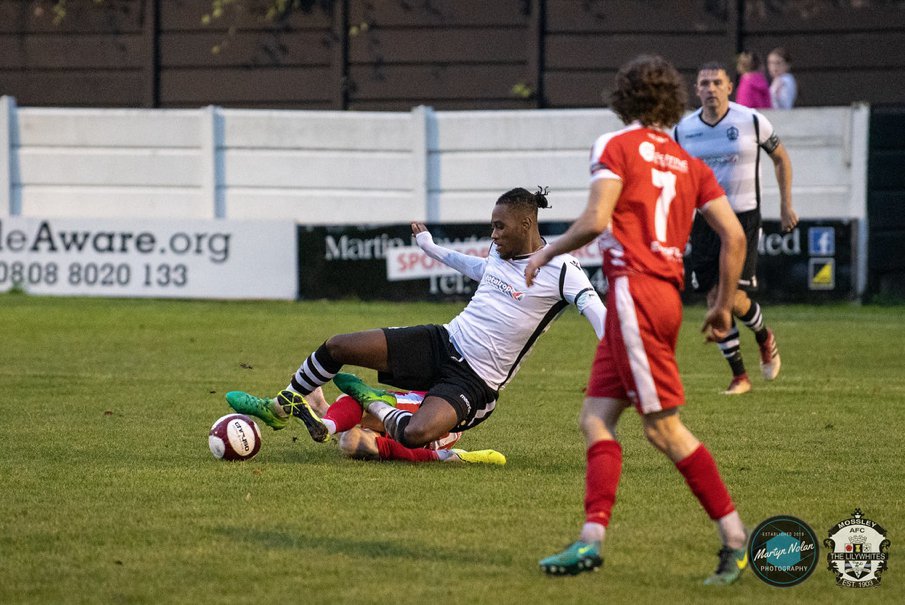 Mossley again struggled to create chances as they fell to a late goal against Colne at Seel Park on Saturday.

Having said that, Colne also struggled to make inroads into a strong and well organized defence and the winning goal was proved by the match video to have been off-side. The fairest result of a well matched contest would have been a draw but it wasn’t to be.

Best of the first half action saw Brad Lynch’s shot fly narrowly wide, a massive penalty shout waved away as Jes Uchegbulam was brought down in the box. Colne came closest when Kieran Nolan cleared one off the line as the game flowed from end to end.

Onto the second half and more of the same, defences well on top as the teams cancelled each other out. Mossley’s back four of Richardson, Evans, Keogh and Mason were outstanding throughout, as were the Colne back four meaning a general dearth of goalmouth action.

It was the final fifteen minutes that finally saw Mossley get on top. New boy Jamie Hill came on for Kieran Nolan giving Mossley more attacking options and he was soon in the thick of the action on the left wing with Brad Lynch moving to a more central role. At this point Colne looked happy to hang on to a point as keeper Burton took an age over goal-kicks as the Lilywhites upped the pressure.

Best chance of a frantic spell saw Gary Gee hook over the bar from a great position and just as it looked like Mossley might find a winner, the sucker punch happened. A rare Colne raid saw Will Harris score from the edge of the box with the Mossley defenders stood expecting an off-side flag that never arrived and with just ten minutes left on the clock.

It was a bitter blow after such a hard working performance. Mossley tried to get something back from the game but Colne held on and took the points in front of a season’s best crowd so far of 374.