'Clash On The Dunes' What Can We Expect? 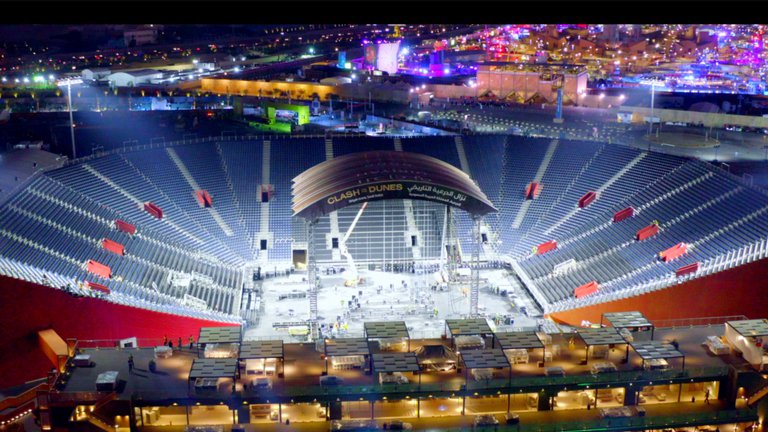 It’s officially fight week for one of the most anticipated fights of the year as we see Anthony Joshua and Andy Ruiz Jr square off for the rematch on Saturday in Saudi Arabia.

This fight is a huge contrast to the first fight in New York where Ruiz was drafted in at short notice after Joshua’s original opponent Jarrell Miller tested positive for a banned substance. The fight was laughed off by many with next to no one giving Ruiz a chance of beating the then-undefeated giant in Joshua. However, the fight was far from the script with Ruiz registering four knockdowns and winning by TKO after being knocked down himself in the third round.

It was an embarrassing defeat for Joshua on his American debut against an opponent that carries the exact opposite physique and stature.

Joshua, who lost his unbeaten record and the IBF, WBA and WBO gold in New York to Ruiz Jr six months ago, has been forced to fend off conspiracy theories about his first defeat. There were calls from some for Joshua to change his team, rumours of concussion or panic attacks and also some calls for him to retire. However, Joshua called for an immediate rematch to win his belts back and it was later announced that the rematch would take place in Saudi Arabia with the construction of a 15,000-seat purpose-built arena named The Diriyah Arena.

What can we expect from the rematch?

Both fighters will be more prepared this time around as Joshua will have trained solely for Ruiz and will know what to expect more than he did previously. Joshua will have to use his height and reach more to keep Ruiz at a distance which is something he failed to do last time. Ruiz, however, will be a different fighter on the night after having a full training camp to try and iron out any creases that didn’t really show themselves last time out.

Joshua will also have that hunger that we haven’t seen in a while as he was constantly chasing the unification fight with Deontay Wilder. So now Joshua has the prize of winning the belts back and rectifying an embarrassing defeat so we could see the best Anthony Joshua since the one who fought Wladimir Klitschko at Wembley in 2017.

It really is such a tough bout to call as both fighters will bring something new to the table and it will be a different fight. Can Joshua combat the speed and pressure that Ruiz pummelled him with last time? Can Joshua hold centre ring and dictate the fight? What if Ruiz is under pressure, can he handle Joshua at his best? There are so many ways this fight can go and I can’t split the two fighters but one thing is for sure I think we are in for one of the best heavyweight fights ever.

How do you see the fight going?