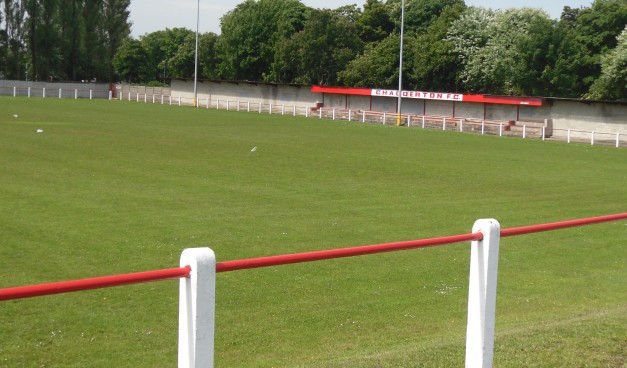 Chadderton registered their first win in six games over the weekend as they beat Steeton 5-3 in a comfortable afternoon for David Fish’s side.

Coming into the game Chadderton had crashed out of three competitions in a row and they hadn’t registered a win in the league since the 24th September when they beat AFC Blackpool away from home. Chadderton’s opponents Steeton came into the tie bottom of the league but they did win their previous fixture 3-1 away at Pilkington FC.

Chadderton went close in the 9th minutes as debutant Samuel Fitzgerald shot from almost the halfway line but it dropped just wide of the visitor's goal much to the relief of Steeton goalkeeper Daniel Thorpe.

In the 16th minute, Chadderton broke the deadlock as Dillan O’Connor found some space down the right flank and he managed to shoot from distance with his shot deceiving Thorpe and finding the net.

In the 26th minute, Chadderton found themselves conceding as Steeton equalised. Thorpe's long ball caught out the Chadderton defence with Andrew Briggs given free rein to go one and one with Chadderton goalkeeper Jordan Hadlow and he calmly finished to make it 1-1.

But the game being level only lasted for four minutes as Chadderton went back in front on the half-hour mark. Fitzgerald got his debut goal, firing a powerful effort from the edge of the box into the corner and beyond Thorpe to regain the lead. This goal ensured Chadderton went in at the break with a 2-1 lead.

On the 56th minute, Chadderton were 3-0 up through a magical goal. Reece Lyndon picked up the ball 30 yards from goal and unleashed a thunderbolt of a strike over Thorpe into the roof of the net.

Chadderton were looking comfortable and they had their fourth in the 74th minute with Lyndon again smashing home a superb goal. He picked the ball up from range on the left flank and fired a powerful low drive into the bottom corner.

Chadderton were given a scare in the closing ten minutes as Steeton pulled a goal back to make it 4-2 with Ben Clarkson smashing the ball home.

Just three minutes later Chadderton had their fifth as James Dwyer went on a good run out of defence before slotting in Jack Turnbull whose deflected shot found the corner to restore their three-goal cushion.

Just minutes later Steeton scored again to cap off a game not short of goals as Briggs slotted home for Steeton’s third and his second goal of the game ending the score at 5-3.