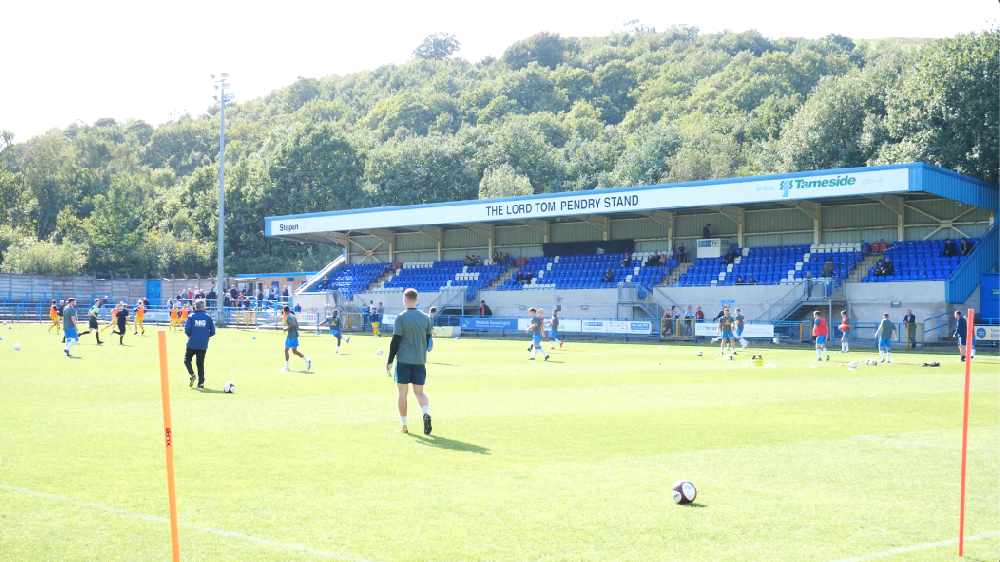 Celtic conceded four goals without reply at Bower Fold vs Buxton as the wait for their first win of the season continues.

A double from Diego De Girolamo alongside goals from Shane Killock and Warren Clarke sealed a comfortable afternoon’s work for The Bucks.

The visitors went close early on. After eight minutes, De Girolamo saw the ball fall kindly to him after a wicked deflection but he was denied at close range by Tom Stewart, the rebounded effort was then cleared off the line by Ben Woods.

Just four minutes later though Buxton’s number nine did convert. A ball into the box wasn’t dealt with by Stewart, the ball dropped to De Girolamo who couldn’t miss, slotting the ball into the empty net from yards out.

Celtic did try and respond on the counter attack. Nic Evangelinos and Will Goodwin exchanged passes, the former floated a cross in from the left after breaking into the penalty area but the ball was just too high for Salmon.

On 21 minutes, Scott Sephton jumped to challenge for the ball, he suffered an injury to his head as he looked to have been fouled however referee Mark Reeves decided to show Sephton a yellow card as he left the field to receive treatment to his injured head.

Moments later, Buxton extended their lead. A free-kick was worked nicely into the path of Killock who unmarked at the back post turned the ball home.

Sephton couldn’t continue and had to be replaced by Charley Doyle after the injury to his head.

Celtic looked to find a way back into the game and debutant Jordan Helliwell nearly had a debut assist. His pin-point cross from the right hand flank was met by Lewis Salmon however his header fell just over the crossbar.

Evangelinos saw a free-kick from 25 yards pushed passed the post as Celtic went into the break two goals behind.

After the restart, Tom Wilson had to be alert to make a last ditch tackle to deny Tom Elliott who had been sent through on goal.

Goodwin, another Celtic debutant saw a shot deflected over the bar before Celtic conceded a penalty 15 minutes from time.

Jon Ustabasi caught Elliott as he looked to dribble past him and Mark Reeves looked to have got this decision correct. De Girolamo was ice cool as he scored Buxton’s fourth from the spot.

Buxton left Bower Fold convincing winners as Celtic have to wait until next Saturday’s away fixture vs Atherton Collieries to try and pick up three points.