Celtic and Hyde share the points in feisty derby 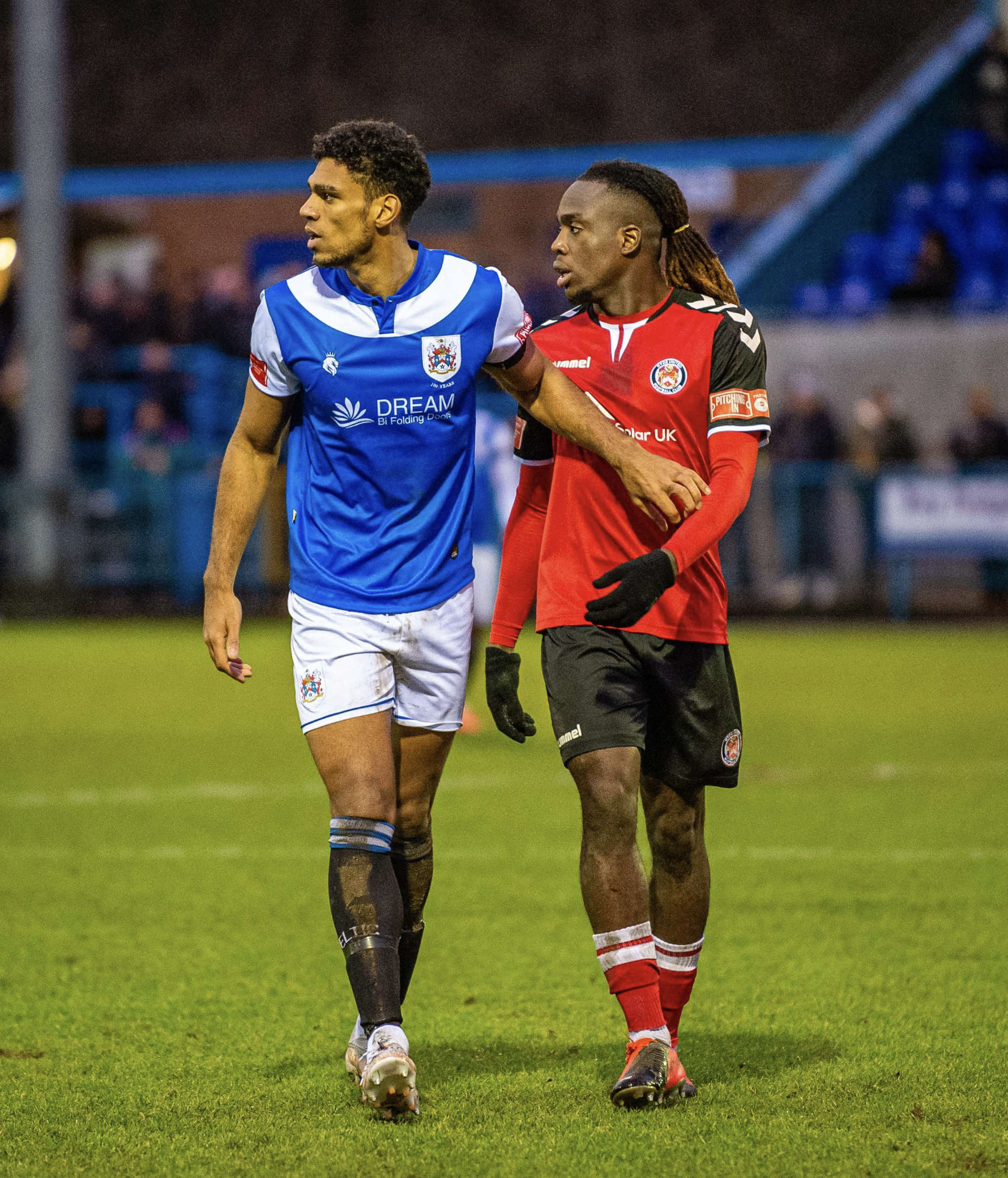 Stalybridge Celtic entertained local rivals Hyde at Bower Fold in what was a competitive Tameside derby with the two teams sharing the points after a goal in each half.

Callum Harris’s strike eight minutes from time cancelled out Joe Mitchell’s goal with over 1,300 in attendance at Bower Fold for Celtic’s festive fixture.

Hyde started the game the better side and after applying pressure saw four consecutive corners in a row which were all dealt with by Celtic’s defence.

Liam Tongue also had an effort hit the side netting after cutting infield from the left hand side.

Celtic were missing several key players after being hit with a combination of Covid-19, injuries and loan players being recalled which led to Keenan Quansah featuring in midfield and Harris playing on the left-hand side of Celtic’s attack.

Captain Scott Bakkor saw a header saved after 23 minutes whilst Charley Doyle also had a headed attempt but he headed just over.

Krisel Prifti went close after being put through via a quick throw in but Will Huffer was out of his goal quickly to narrow the angle and save the resulting shot well.

Edward Ikpakwu nearly diverted a Celtic cross into his own net before Celtic had a spell of corners just before the interval. The fourth of those corners was cleared by Hyde who broke down the hill quickly. Celtic got back to nick the ball off Tom Pratt but the ball broke for Tongue who attempted to shoot, his shot was deflected into the path of Mitchell who tapped the ball into the empty net on 45 minutes, although he was in an offside position when receiving the ball, having been behind Huffer.

Celtic lost Stephen Brogan to injury at half-time which saw the introduction of Tyreece Onyeka.

The second half saw Celtic go close on three occasions immediately after the restart. Quansah headed wide from a Harris corner and the latter was then involved in a great chance for the home side on 50 minutes.

Bakkor flicked a high ball on into the path of Harris who was through on goal, he fired across goal and was so close to finding the bottom left corner but his shot was inches wide.

Substitute Onyeka had Celtic’s third chance of the half, heading a cross from Justin Johnson over the bar after Johnson had beaten his man and crossed from the right hand flank.

Celtic then saw Josh Dawodu unable to continue to add to a growing list of injuries, he was replaced by Under 18’s midfielder Matty Jones who impressed after coming on.

Tongue saw a free-kick travel over the bar for the visitors before Celtic’s equaliser which came through Harris on 82 minutes.

A throw in from Johnson fell to Harris, he took a touch before firing through a crowd of bodies and past Joe Green to draw Celtic level.

Tongue nearly put Celtic ahead, heading a cross just wide of his own goal whilst Pratt saw a shot in the closing stages drift wide.

On Monday, Celtic were scheduled to take on Ashton United, however the game was postponed due to Covid-related issues.