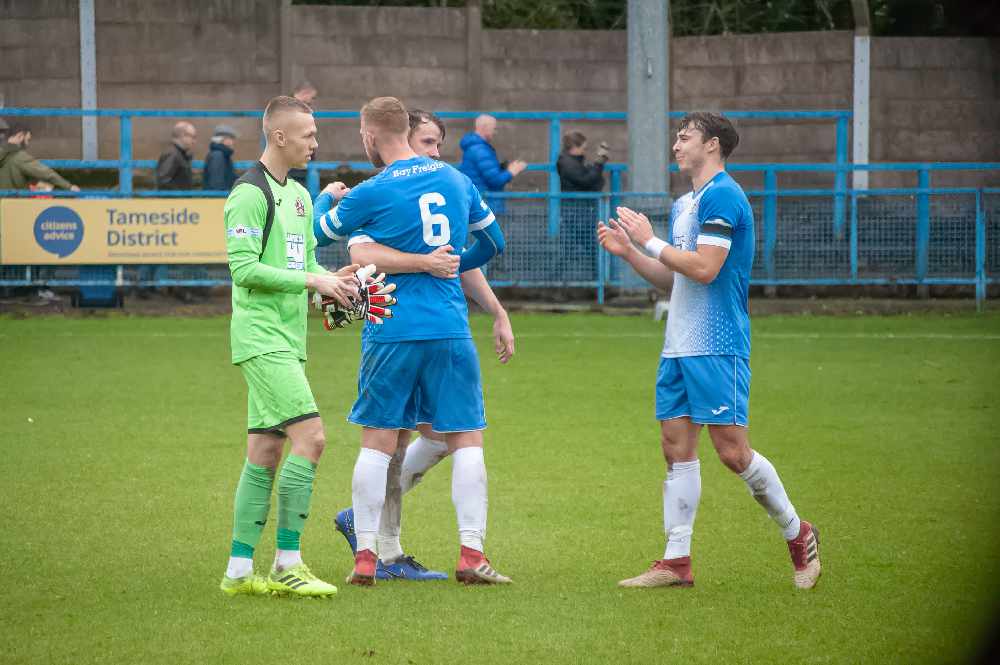 Stalybridge Celtic travel to Bamber Bridge, looking to complete the double over the Lancashire based side.

Stalybridge Celtic take on Bamber Bridge at the Sir Tom Finney Stadium as they look to complete the double over the Lancashire side.

The two sides met at Bower Fold less than four weeks ago with Celtic coming out on top 3-2.

Darius Osei had initially put Celtic in front, before a brace from Alistair Waddecar put The Brigs in the driving seat.

A second-half turnaround from Celtic saw Nathan Valentine and Craig Hobson both on the scoresheet in what was a tight encounter.

Manager Simon Haworth is expecting another competitive game: "They are a decent side, we had a tough game with them the other week where we came out on top but there wasn’t much in it.

"Speaking to their manager and some of their players when they came, they felt a bit like us that they perhaps weren’t getting the results they deserve so they’ll feel this is an opportunity to get three points."

Since that game on October 12. Celtic have lost three and won one, with that win being the impressive 2-1 victory over Warrington Town at Cantilever Park however defeats have come against league leaders South Shields, rock bottom Stafford Rangers and Radcliffe.

The Brigs have won 11 out of their 12 points at home so far this season, winning three out of seven home games. They are yet to taste victory on the road.

Following their defeat against Celtic, they have lost 2-1 to Scarborough but more importantly, they won 2-0 against Stafford Rangers.

Waddecar scored both goals to help Bamber Bridge escape the relegation zone. They currently sit 18th with 12 points, seven behind Celtic in 12th.

Celtic will be looking for strike duo Craig Hobson and Darius Osei to fire them to victory. Both Hobson and Osei have five league goals each and have started to form a solid partnership.

Haworth will be without midfielder Ross Dent through suspension, which could mean Nathan Valentine returns to partner Tony Whitehead in midfield.

Waddecar will certainly fancy his chances for Bamber Bridge as The Brigs have scored in every home game this season. Celtic are averaging one goal per game conceded on their travels so if Bamber Bridge are to score on Saturday, the signs point to top scorer Waddecar finding the back of the net.