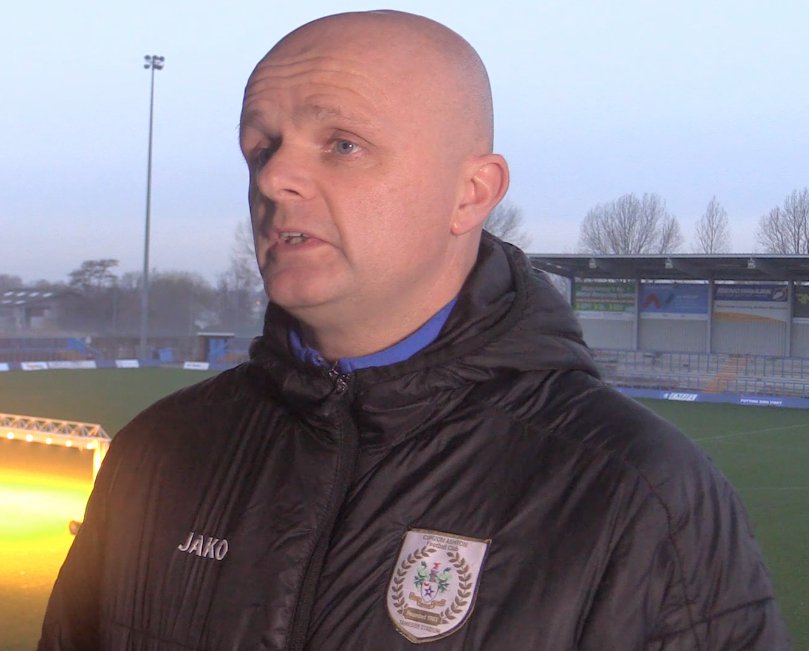 The Nash were destined to end a four-game losing run after taking the lead in the 69th minute, but with two minutes of the 90 remaining the hosts found an equaliser.

And things got worse for Curzon shortly after when defender Mo Ali was shown a red card for an altercation with striker Jimmy Spencer. The hosts capitalised on the numerical advantage and snatched a 94th minute winner to break Curzon hearts.

Bradshaw was left deflated with the result but praised his players’ efforts in the wake of Tuesday’s defeat at Blyth in the FA Cup. “It’s extremely tough and I’m quite emotional in terms of anger” he told Curzon’s media team.

“There were so many off-the-ball incidents including intimidation, although some will say it’s clever, trying to get a player sent off. A certain player from their team tried to instigate one of our players in getting sent off. The referee and linesmen didn’t manage to see any of the off-the-ball stuff. They just saw the reaction of our player which has cost us dearly.

“We were the best team throughout the game. We were first to the ball and the reaction of Tuesday’s defeat at Blyth was exactly what we wanted. It just seems that every piece of bad luck that we can get at the moment is happening and it’s desperately disappointing that we’ve come away from here with nothing, considering the chances that we had.”

Pressed on Ali’s sending off, Bradshaw added: “It was an ongoing battle throughout the game. Their number nine instigates contact and runs into Mo. He’s kicked him two or three times, and I’m sure that if we had VAR then it would certainly be looked at. Eventually Mo snapped and he’s in tears in the dressing room. He’s disappointed with himself and a few lads are frustrated with the fact that he’s reacted to it. Moments earlier he blocked Mo off and knocked him to the floor, which the officials don’t see, and Mo’s reaction has got him sent off.”

Despite the loss, Bradshaw took the positives from the game and is confident that his players can end the poor run of form. “It was pleasing to see that the players, after such a weak performance at Blyth, came here, rolled their sleeves up and put a foot in. I couldn’t fault any player today.”