Bowling over the competition 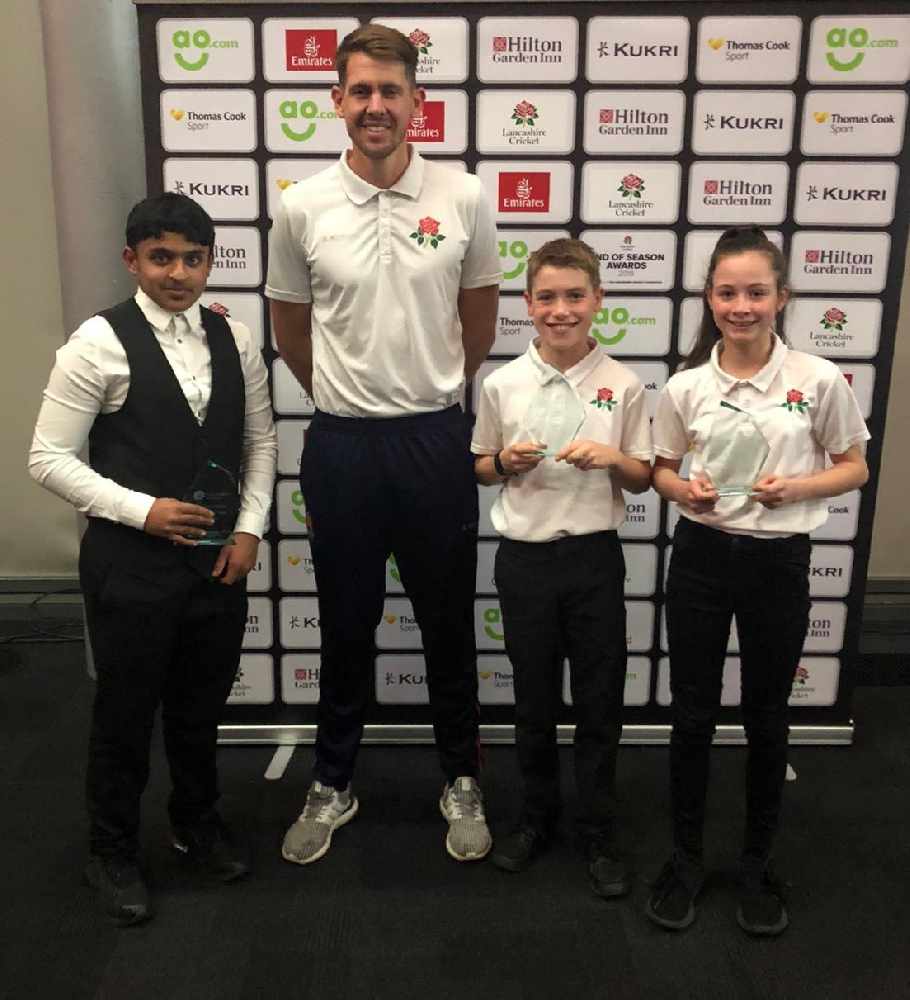 Four cricket players from Oldham have earned awards at county level in what is an unprecedented achievement for cricket in the town.

The Lancashire cricket awards were held at High Point in Trafford recently with the best players in the county being rewarded for their excellent seasons. Four players from Oldham were awarded the player of the season award for their age group.

Furthermore, Amelia, Aadam and Xander have all been selected as part of the Emerging Players Programme where players from u13’s and upwards are selected on the Lancashire Talent Pathway. Oldham District Cricket set up plays a big part in developing the children to progress to the County Stage/set up.

So, who are the talented players?

Player of the season for Lancashire u11’s at the presentation night held at the Point Old Trafford.

Lancashire leading run-scorer (opening batsman) and top-scored in 4 of the 7 county matches including a half-century against Yorkshire, 96 against Cornwall and 61 not out against Oxfordshire.

Part of season unbeaten Oldham District under 11’s team coached by Paul Connolly that has won the Lancashire Cup (Bob Hurst trophy) for an unprecedented 3 consecutive years under Paul’s leadership.

Plays for the Lancashire under 13’s Girls, Oldham District and Glodwick CC

Player of the season for Lancashire u13’s Girls at the Presentation night held at the Point Old Trafford.

She's one of only 4 girls picked for the Emerging Players Programme.

Also, a part of season unbeaten Oldham District u11 team coached by Paul Connolly that has won the Lancashire Cup (Bob Hurst trophy) for an unprecedented 3 consecutive years under Paul’s leadership.

Player of Season for Lancashire u14s boys at the Presentation night held at the Point Old Trafford.

Leading wicket-taker with 40 wickets including 5/17

Player of the season for Lancashire u16’s Boys at the Presentation night held at the Point Old Trafford.

Speaking about the achievements for all involved Oldham Coach Paul Connolly said,“Oldham has continued to pursue the development programme that we have worked on over the last ten years.

“The towns District sides have maintained a really good standard this season the Under 11s won the Bob Hurst trophy for the consecutive third year.”

He added: “The under 13’s reached their final and shared their trophy due to the final not being played because of the weather. The U15’s were badly affected by the weather held up well in their competition.

“The town has produced very able players and it’s a credit to the players, parents and clubs that we have maintained this high standard. The player's commitment and attitude are to be commended.

"Also, a big thanks to David Buckley for his company’s generous sponsorship.