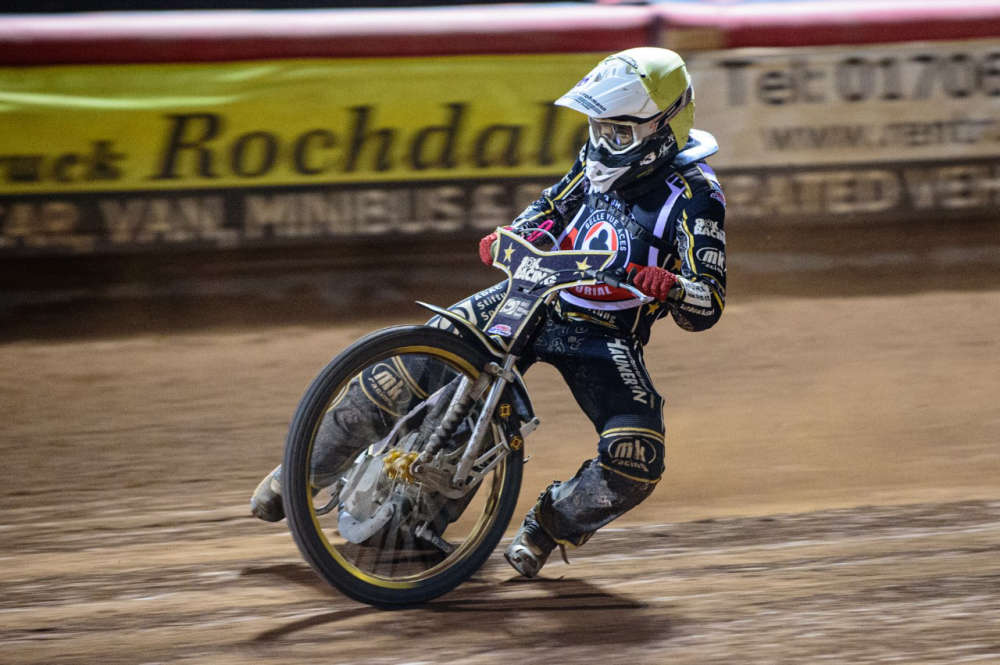 Belle Vue have captured the signature of young German prospect Norick Blödorn, who will make his British Speedway debut with the Aces in the 2022 Premiership.

The 17-year-old, from Kiel, arrived on the UK Speedway scene at the end of last year when he tried his hand at a clutch of individual meetings, including the Peter Craven Memorial.

The night prior to his first races in Manchester, he scored seven points in Redcar’s Teeside Silver Helmet before bagging four points at the National Speedway Stadium.

But his experience in the two-wheeled discipline extends well beyond those two appearances, having swapped Motocross for Speedway at the age of 10.

Belle Vue Director of Speedway Mark Lemon said: “I have kept an eye on Norick’s progress over the last twelve months and we were very impressed with what we saw.

“He is a professional young rider who puts 100 percent into his racing and although he has only raced one meeting in Manchester in 2021, wefelt he deserved the chance to show what he can do.

“Even though he’s been tipped of being as a future star, I feel it’s right time to bring him in to the Premiership League where he can continue to progress his development.

“Norick is very enthusiastic character with a lot of potential, and he fits well into the the mold at Belle Vue and will not only be a great inclusion to Aces but also to British Speedway”.