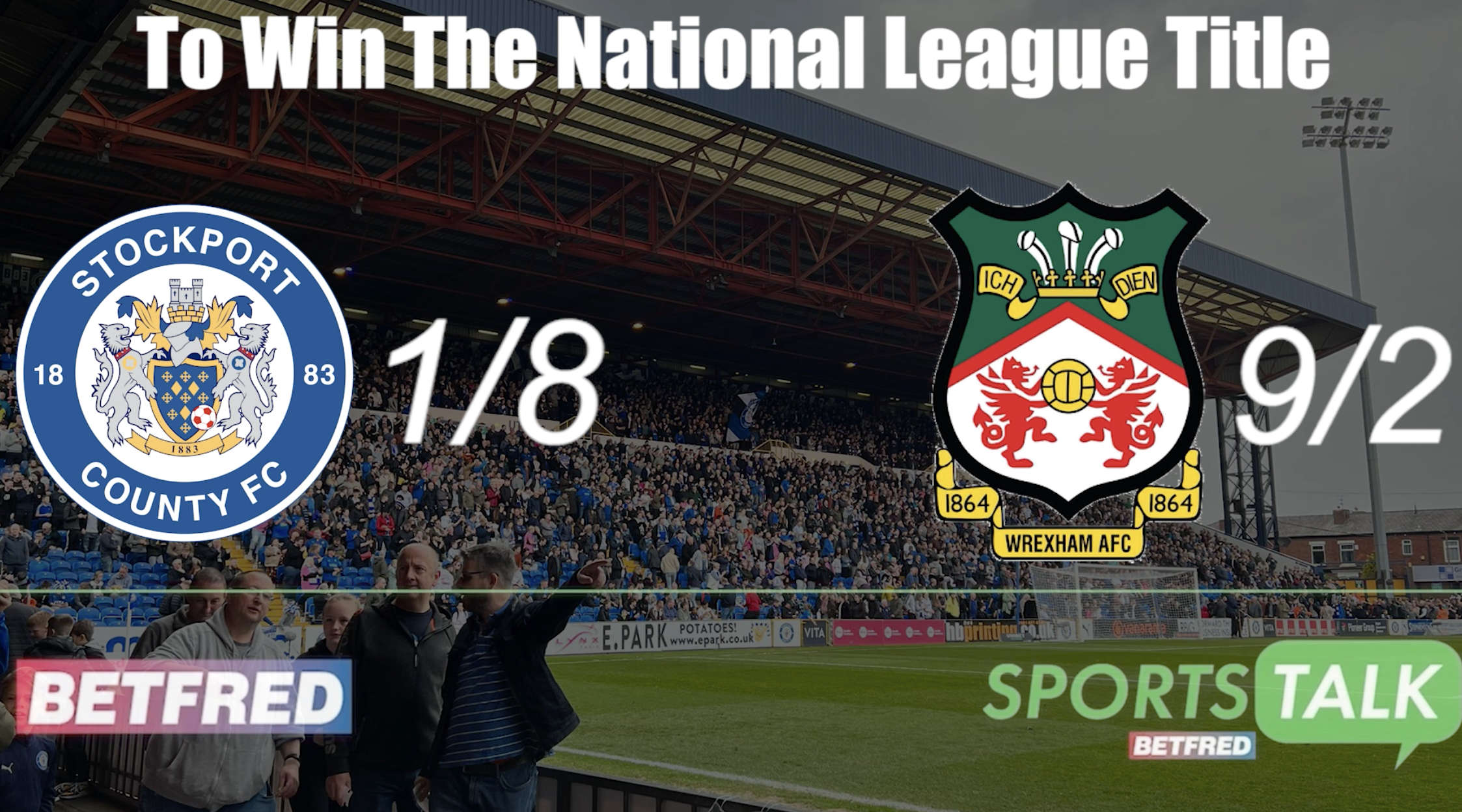 Manchester City's Premier League title hopes improved at the weekend, but Stockport County's took a slight hit with a 3-0 defeat at Wrexham in the National League.

The Hatters now have the added pressure of making their game in hand against Torquay United on Wednesday count. As usual, the latest odds in a variety of markets, including the Challenge Cup final between Wigan Warriors and Huddersfield Giants, as well as this week's Premier League fixtures.