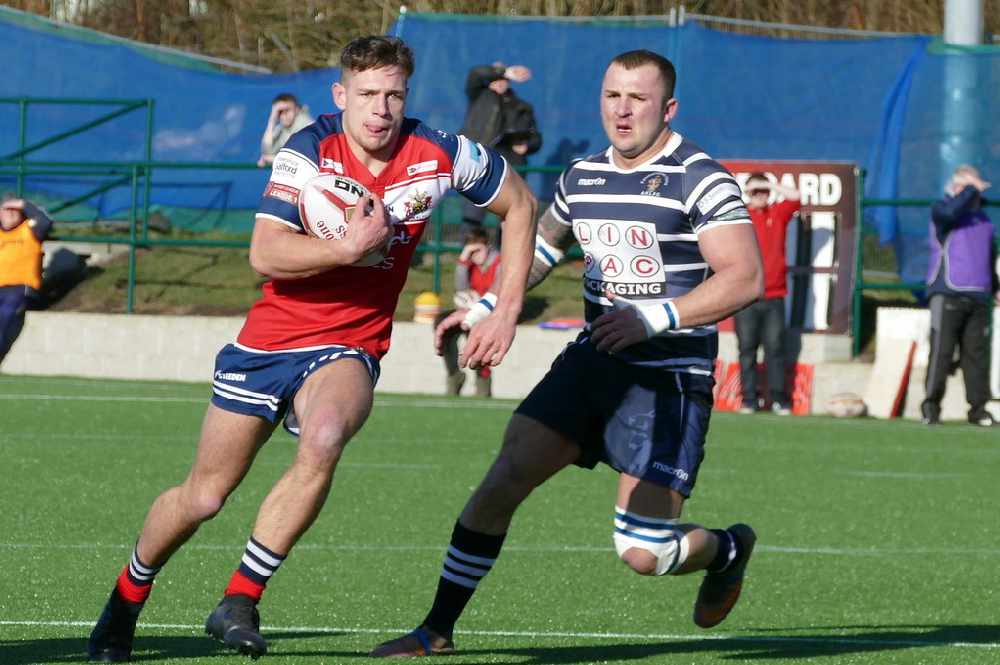 Liam Bent, whose obsession with tackling is legendary at Oldham, has signed a new one-year deal covering 2021 so he can aim to achieve his ambition of helping Roughyeds to consolidate in the Betfred Championship.

Said by coach Matt Diskin to possess a "phenomenal" work rate, 22-year-old "Benty" regularly tops 50 tackles a game and his re-signing will be welcomed by coaches, fellow players and fans alike.

In each of the two full seasons he has been at the club, both in League One in 2018 and 2019, he was named as supporters' player of the year.

His 24 appearances in 2019 included games at loose-forward against Doncaster in the qualifying semi-final for promotion and then in the play-off final against Newcastle Thunder, which Roughyeds won 18-14 to book their place in the Championship for 2020.

Having made his Oldham debut in the Championship in March, 2017 against Batley Bulldogs, he has clocked up 70 games in total, scoring eight tries.

He was only 19 when he first donned Oldham colours, coming off the bench in a side of which only another five players were still at the club when this current season went into lockdown -- Dave Hewitt, Ben Davies, Gareth Owen, Danny Langtree and Jack Spencer.

Confirmation that Hewitt, Owen, Langtree and Spencer will again be in Matt Diskin's squad in 2021 has already been announced.

Said Bent, who arrived in Oldham via Wigan St Jude's and Salford Red Devils: "I'm over the moon to sign again. Once they offered me another deal it was a given. The club has done a lot for me in the past three and a half years and the decision to extend my stay was an easy one.

"Hopefully, we can hit the ground running next time and make things happen for us. Some great lads from this year have already re-signed and we've got others coming in so we'll have a good, strong squad and hopefully we'll do well.

"On a personal note, I've been doing as much training as possible during the pandemic; at times a little bit too much perhaps. I've been doing two sessions a day at the very least and there have been weeks when I've hit 20 sessions.

"I can't keep still and do nothing; it's not in my nature. I want to make sure I'm all ready to go for the start of pre-season training. I've missed it a lot, just like I've missed the company of the other lads; the banter, the camaraderie, the lot. I can't wait to get back."

Diskin said of his fitness fanatic: "He's a fantastic player who genuinely enjoys tackling. His work rate is phenomenal; he's got to be fit to work like that.  We are delighted to have him back on board."

The club has confirmed so far that 13 players are contracted for 2021.