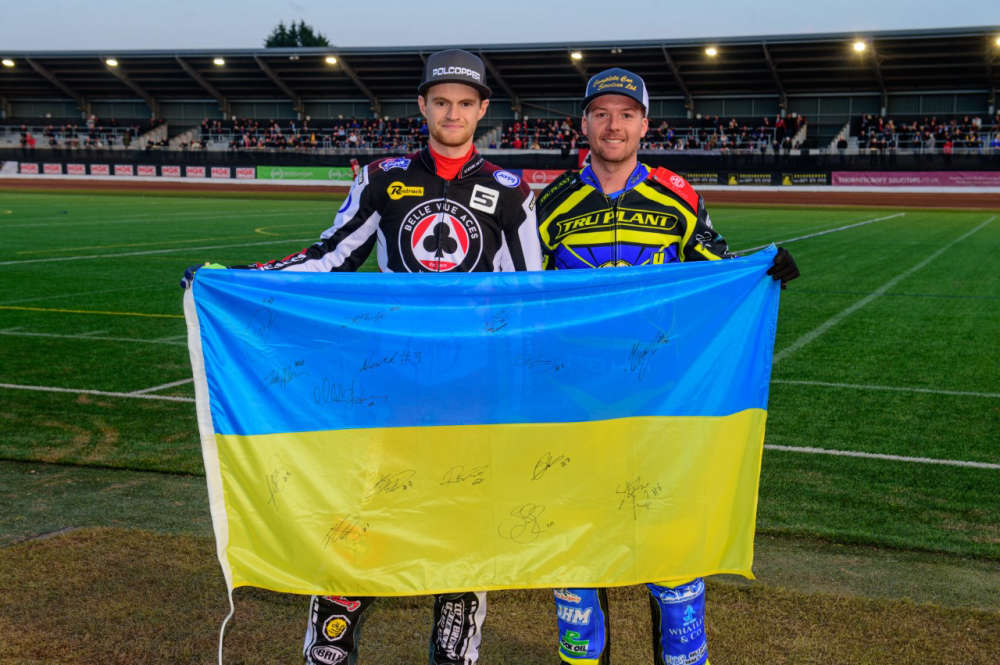 At the recent Annual General Meeting of the Belle Vue Trust, it was unanimously agreed that the sum of £500 would be sent to the British Red Cross.

This donation was made in support of their Appeal for Humanitarian Aid Funding for the ongoing crisis in the Ukraine, which continues to outrage the world.

The Belle Vue Trust is a recently introduced initiative that focuses on Belle Vue rider safety and welfare which ring-fences funds received as donations or from fund-raising solely for these purposes.

Trustees consist of members from both Belle Vue Speedway and the Supporters Club, with funds from 50/50 draws, donations and memorabilia sales all contributing to the Trust’s funds.

In response to our donation, The Trust received a letter of gratitude from the British Red Cross, an extract of which reads:

"On behalf of the British Red Cross and the people who your support will directly reach, I would like to thank you for your generous donation of £500 towards our Ukraine Crisis Appeal.

“Your support will make a crucial difference to the desperate situations which people impacted by this conflict have found themselves in."

An example of how the Belle Vue Trust continues its work closer to home, Jack Parkinson-Blackburn is one of the more recent recipients of their assistance.

Following a fire which devastated his family’s storage facility and all but destroyed his 2022 racing equipment, The Trust stepped in to help get him back on track.

Stories like these are not possible without the generosity of the Belle Vue Supporters who, each week, continue to support the Belle Vue Trust with vital funds.

We are beyond grateful to all those people. The differences you are helping make are very much appreciated.