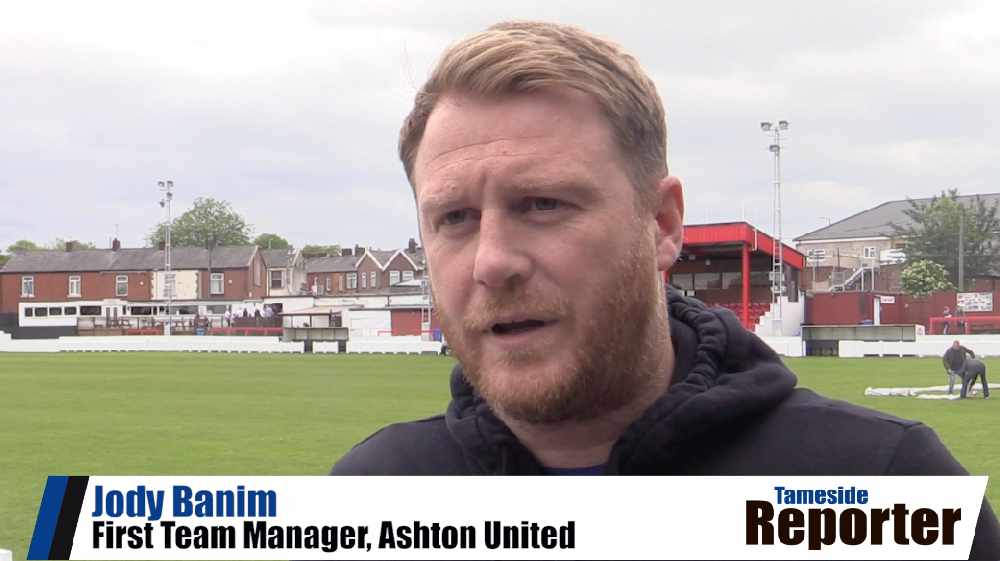 The following statement was uploaded to the club's website on Monday afternoon:

The board at Ashton United has today decided to part company with manager Jody Banim by mutual consent.

The club wishes to place on record our thanks to Jody for his commitment and work over the past few years, both as a player and manager, especially in achieving promotion to The National League North.

We wish him all the very best for the future.

Further information regarding the vacant position will be released in due course.

Banim took charge of the club alongside former assistant Will Haining in September 2016 and guided the club to an 11th place finish.

The former Radcliffe Borough striker became a legend at Hurst Cross the following season after defying the odds to cement the Robins' place in the Evo-Stik Premier Division playoffs. Alongside assistant Simon Woodford, Banim guided the club to a 2-0 victory over Grantham Town in the final to secure promotion to the National League North - the club's highest ever league position.

The Robins were always likely to struggle in a higher division against established clubs including York City and Stockport County, and so it proved as their stint in step six came to an end after one season.

The pain of relegation soon disappeared as Ashton were given a major boost following the takeover by joint-chairmen David and Jonathan Burke.

With a healthy budget at his disposal, Banim assembled a strong squad over summer that looked capable of making an instant return to the National League North. However, despite signing a string of notable recruits, including former Curzon Ashton players Jono Hunt, Chris Rowney and Connor Hughes, plus Chorley's Josh Wilson, results were hard to come by and the Robins have managed four league victories all season.

Banim and Woodford's last game in charge was a 4-0 defeat to Nantwich Town on Saturday. The result leaves the club 18th in the table on 14 points.

Ashton return to action on Saturday at home to Radcliffe.