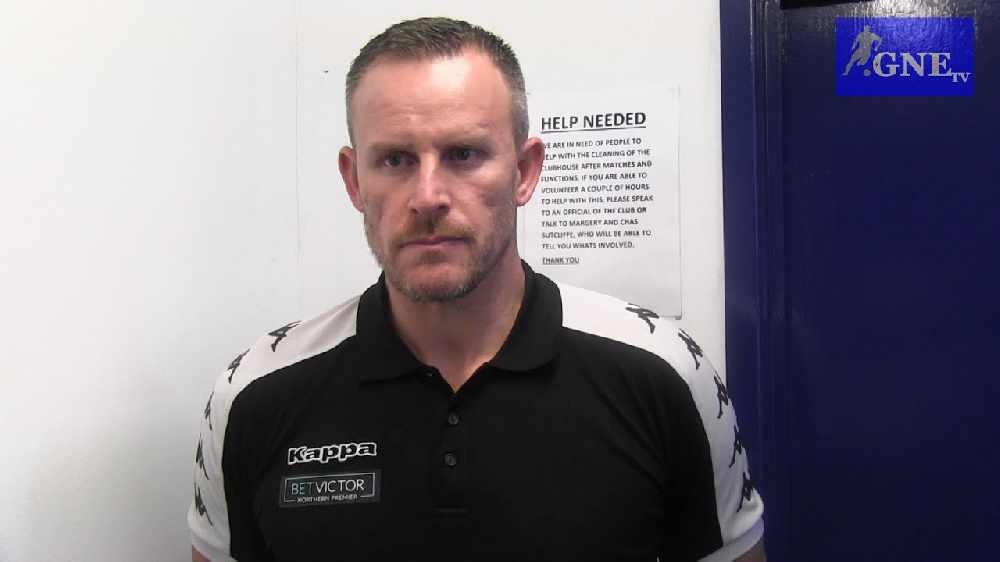 Glossop North End joint-manager Pete Band was pleased with his side's "all-round performance" after they beat Eccleshill United to reach the FA Cup first qualifying round.

The Hillmen had to come from behind to win 3-1 at a rain-soaked Amdec Forklift Stadium on Tuesday evening in their preliminary-round replay.

“The pleasing thing from being a goal down was that we rolled our sleeves up," Band told GNE TV after the game. "The subs did well when they came on - Jordan (Fitton) scored and Mason (Livesey) did a job.

“There was £3,000 up for grabs and we’ve both played each other already so you know their strengths and where you can get in. It was a cagey affair. We probably should have gone in (at half-time) 1-0 up but then again we were lucky that they hit the crossbar. It was a pleasing all-round performance in the end.

“Every team is big and strong and again the people we put out did their job. We’ll hopefully have a few more back (on Saturday). There’s competition for places - there’s options for us and plenty of games. It’s the FA Cup again on Saturday so we’ll train on Thursday to be ready for the game.”

'We punished them in the end'

The visitors went ahead on 51 minutes through Jonny Irving but Joel Mills struck a stunning 63rd-minute equaliser. Jack Tuohy’s fourth goal of the season put the Hillmen in front and substitute Jordyn Fitton sealed their passage in the 89th minute. But the pick of the goals was the fine leveller from Mills.

“I’ve seen it before, he’s got it in his locker," Band said of Mills. "He’s cut inside and bent it into the top corner. I think that sparked the lads into life really because they were defending well and it was an even game. Once that went in, I think their heads dropped a bit and our lads stepped it up and punished them in the end.”

'We want a good cup run'

The Hillmen's reward for seeing off Eccleshill is another home tie on Saturday in the next round, against a Pontefract Collieries side who thumped Hebburn Town 4-0 on Tuesday night in their preliminary-round replay.

“We’ve got them in the FA Cup and FA Trophy as well but we’ll do our homework between now and Saturday’s game," Band continued. "Like I said, we’ve got a few more (players) to come in. It’s the cup so, like I said to the lads, we’re a team that can live that sort of dream like a few teams down the years who have had decent cup runs such as Hyde when they played MK Dons.

“For now, it’s about saying well done to the lads who were involved and it’s nice to bring a bit of money into the club.”

Band is also hoping for a good crowd to get behind the team at the weekend as they bid to reach the second qualifying round of the famous competition.

“From the first game of the season, then the second game, I think we went from 240 to 340 (fans)," he added. "They (Eccleshill United) didn’t bring so many. It was a horrible night weather wise but we still got 177. If we can get 300-400 for Saturday’s game, they’re like the 12th man - especially the ones behind the net - and the lads really appreciate it.”