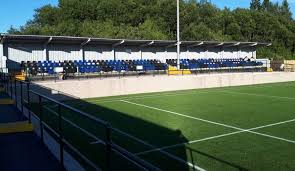 Avro FC were knocked out of the FA Vase at the first hurdle as they lost 2-0 to Selby FC at the Vestacare Stadium.

Selby started the game on the front foot as they thought they had scored in the opening few minutes. They had a penalty shout, ignored by the referee who allowed play to continue, and Selby then put the ball into the Avro net. Their early celebrations were curtailed by the offside flag. Selby then had a corner, which was missed by Daniel Walker, as it flashed past the far post.

Avro quickly began their hunt for an opener as they applied the pressure on Selby. They were denied a penalty in the 13th minute as the referee waved away the protests and moments later the Oldham side shot just wide.

On the 32nd minute, Selby were ahead after some good play by Josh Rodgerson down the right-hand side saw his ball find Liam Flanagan who slotted it into the far corner.

It got worse for Avro just before half-time as Selby doubled their lead in the 42nd minute. Liam Flanagan capitalised on a defensive error and slotted the ball home for his second goal of the game.

In the second-half Avro tried to apply the pressure but they couldn’t create any notable chances and the game finished 2-0 to Selby.

It’s another damaging defeat for Avro this season. The result also against lower league opposition and in a cup that they will have wanted to do well in will make it worse.

It was also veteran striker Mike Norton’s last game for Avro as he leaves the Oldham-based club to take up a management role at New Mills AFC.