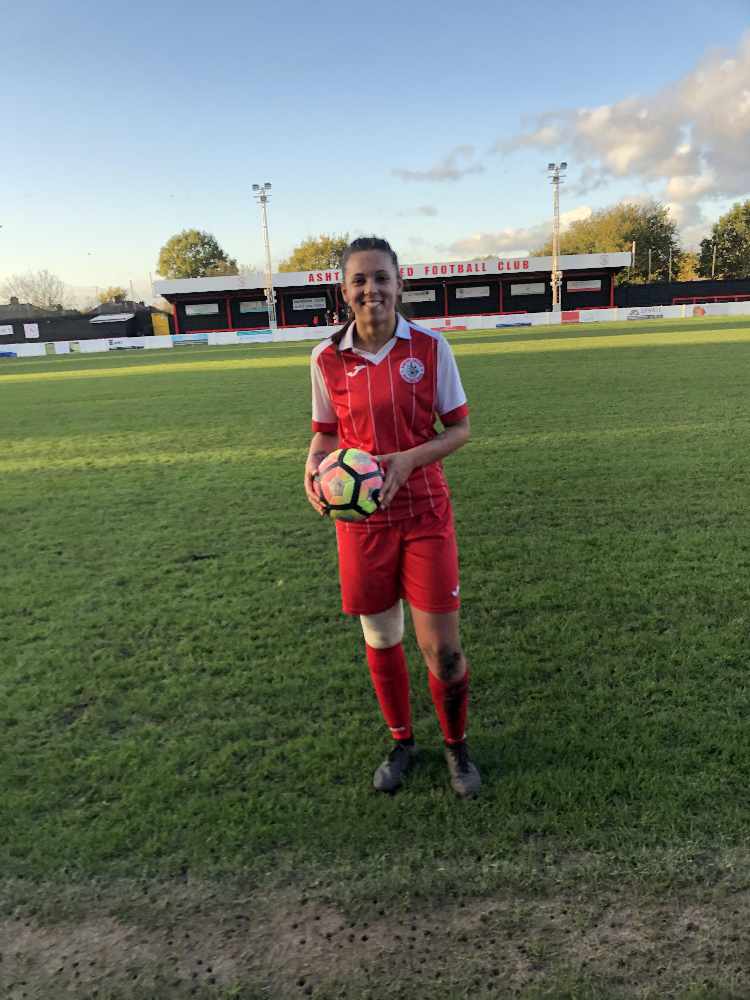 Kendall Charlton (pictured) scored a hat-trick and there were further goals from Jodie Cunningham and Kay Higgins, as the Robins bounced back from last weekend's disappointing 7-0 defeat by Manchester Stringers in style.

As a result, Bex Garlick's team moved up to second place in the Greater Manchester Women's Football League, eight points behind Rochdale AFC Ladies but with two games in hand on the leaders. It's the same scoreline they recorded in their first competitive home game against Baguley back in mid-September.

Meanwhile, Mossley remain ninth in the 11-team league with three points from as many games but have matches in hand on the teams above of them and didn't play as poorly as the scoreline suggests, on what was a tough surface given the heavy rain earlier in the weekend. 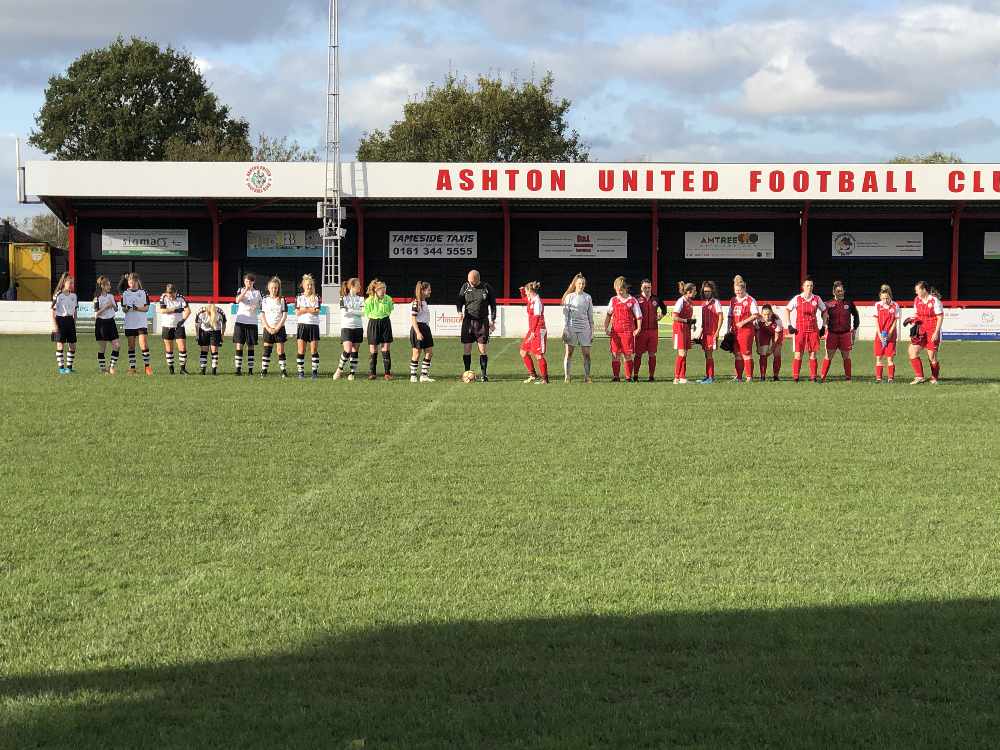 They got off to a bad start as Charlton put Ashton ahead as early as the fourth minute, slotting home after her initial shot was saved by the Mossley keeper, who was kept busy during the game.

The Robins forward went close again soon after with a fierce 22-yard shot which was well saved.

Mossley enjoyed much of the early territory as Ashton keeper Alisha Routledge, who had her fair share of saves to make and performed well throughout, made a fine double stop to first thwart Mossley's no.7 and then their no.10 from the follow-up.

But Ashton were threatening on the break as Higgins used her pace to run through at goal but shot straight at the keeper from the edge of the box.

Shouting from the touchline, Mossley manager Chris Brooks demanded his side passed the ball much quicker. Their no.9 was unfortunate to only find the side netting with a shot on 28 minutes after a smart turn on the edge of the box. 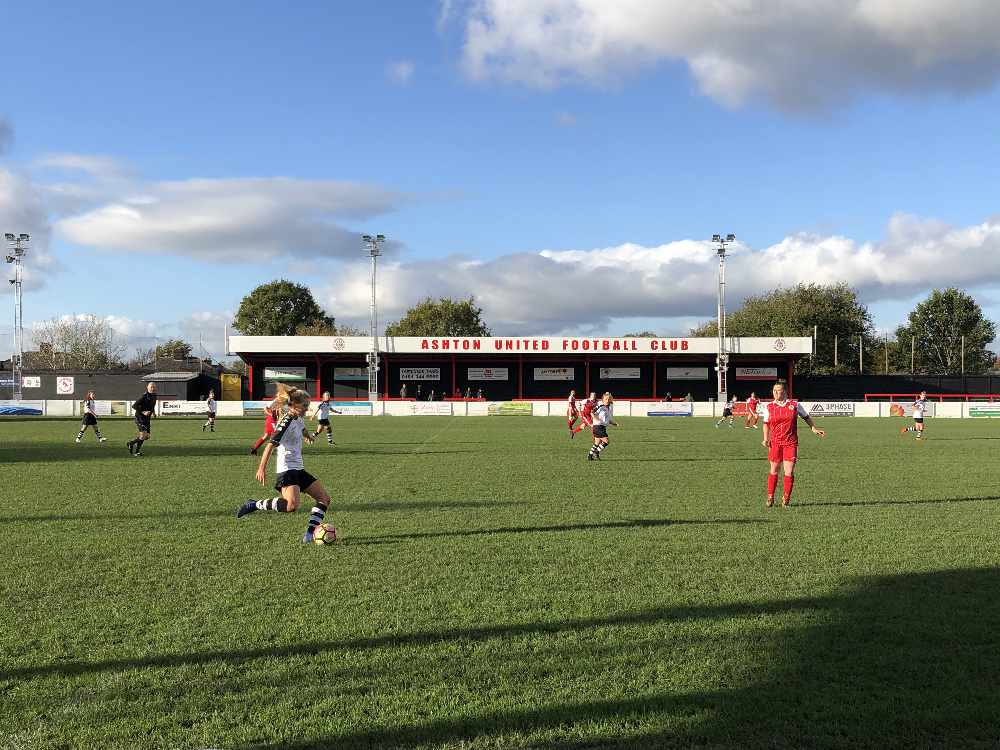 At the other end, Higgins fired another shot narrowly over the crossbar after racing on to a loose pass from Mossley but she soon found herself sent to the sin bin for 10 minutes - as per the new rules introduced into grassroots football this season to combat dissent - after having too much to say to the referee when penalised for a late challenge.

In the meantime, Mossley enjoyed a good spell as their no.8 was somehow denied by a superb save from Ashton keeper Routledge, who tipped her stinging drive from distance onto the crossbar.

It made all the difference as the Robins doubled their lead on 42 minutes as Charlton increased her tally, cutting inside after a swift breakaway in the left channel and seeing her shot deflect into the far corner in front of the Roy Donnelly Stand.

The three points were effectively secured in the third minute of the second half as Higgins slid the ball through for no.10 Jody Cunningham, who got the better of the Mossley defence. Her initial effort was kept out but she confidently tucked the rebound away to make it 3-0.

To their credit, Mossley were much improved in the second period but struggled to create clear-cut openings against a resolute Ashton rearguard, who defended superbly and were menacing on the counter attack. 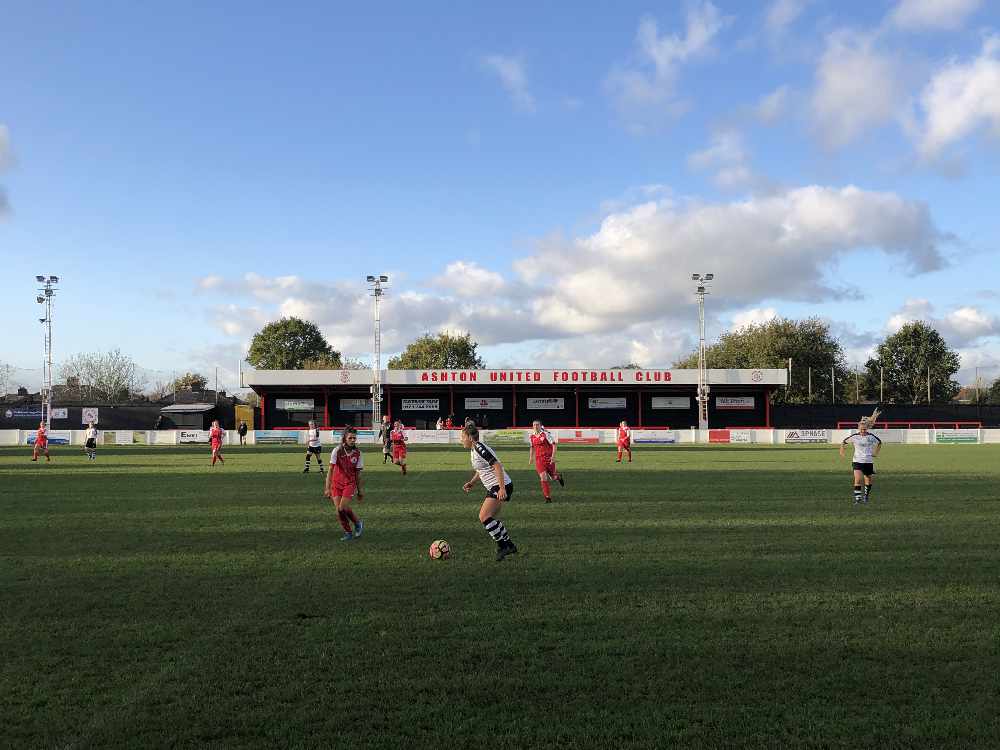 Midway through the half, Charlton sealed her hat-trick in improbable circumstances, when the no.9 took a corner which the keeper initially caught but then unluckily spilled into her own net.

After a good spell of pressure from the Lilywhites, Ashton began to regain control and tried their luck with a couple of long-range efforts to try to catch the Mossley keeper off guard.

But Mossley's no.16 served a warning sign to the Robins with a shot which travelled inches wide of the post after some intricate build-up play.

At the other end, Higgins shot straight into the keeper's midriff again after being released down the left channel but made up for it in no time at all as she made it 5-0 with 10 minutes left to play. She was played into space in the box by Hayley Hardy and stayed composed to slide the ball past the keeper and round off the scoring. 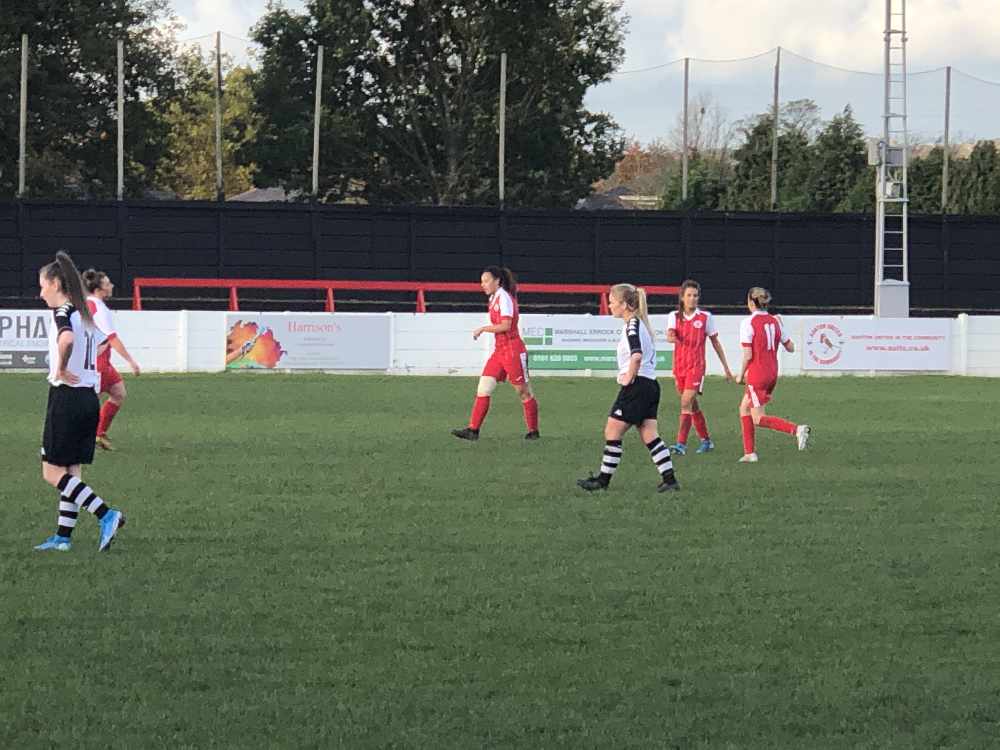 It was a relatively quiet end to proceedings as the Robins saw out the closing stages and a welcome clean sheet to claim an impressive victory.

Hat-trick hero Charlton told Ashton United TV after the game: "We played well, we passed the ball well, we worked back well and obviously scored five goals. We played better than last week, we tracked back better, we worked better, we defended better and we got a clean sheet as well, which was a bonus.

"My last goal [when the corner went straight in] was supposed to be a cross but I'll take it as it got me a hat-trick!"

The two teams will meet again next Sunday at Hurst Cross in the Open Age Challenge Cup, with kick-off at 2pm.