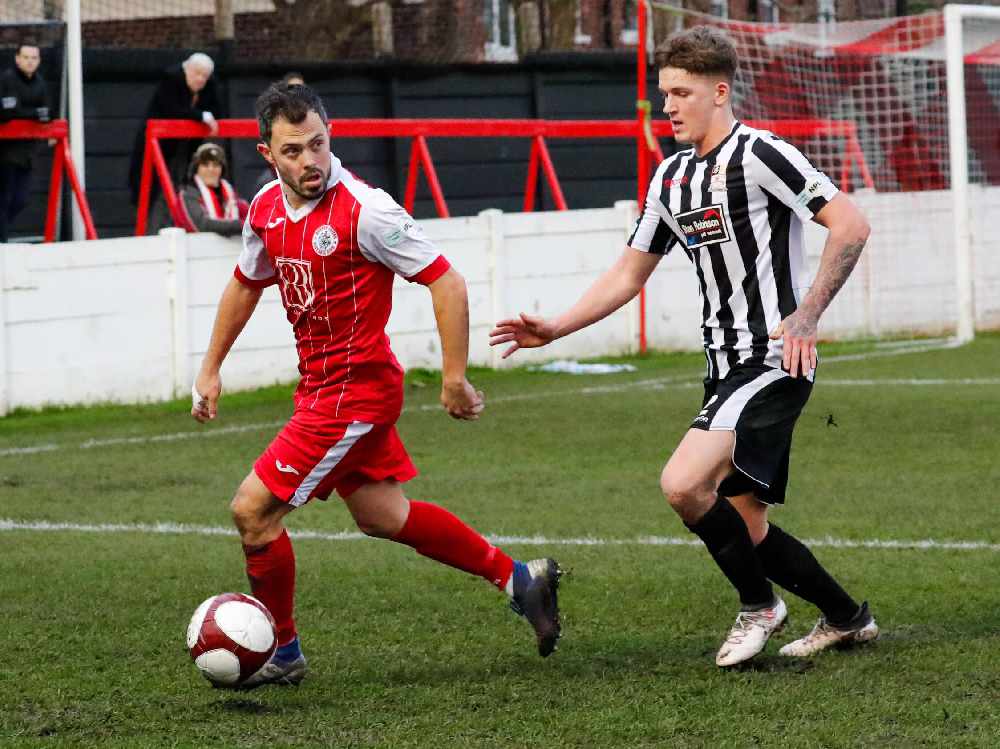 Ashton came from behind to take all the points in the relegation battle at Hurst Cross to register just their second home win of the season. Debuts were handed to Louis Almond and Nialle Rodney  but it was the visitors who moved ahead with a strike out of keeping with the rest of the action as Joshua Green placed his free kick perfectly into the top corner after 27 minutes following a foul by Craig Mahon on Jaiden White.

Ashton keeper Greg Hartley had already been required to make sharp saves from Bradley Grayson and Jake Charles’ snap shot following a corner. Ashton tyhreatened when the ball was sent bouncing on to the roof of the net after a corner and as Josh Wilson’s effort was blocked close in from Hunt’s knock back.

After the break the Robins set out in determined fashion and after Criag Mahon had been denied close in by Brown, Sam Sheridan saw his effort tipped over by Jonathan Brown from Louis Almond’s lay off. Ben Hardcastle saw his header just beat the far post from Michael Brewster’s cross but they found the equaliser just past the hour as John Pritchard’s far post free kick was headed home by stand-in centre back Wilson. Hartley had needed to be alert again just earlier as Charles forced him into a near post save after collecting a rebound.

Wilson was then just denied by Green at the far post in front of an empty net and Hardcastle missed a glorious chance after bursting through midfield only able to shoot weakly at Brown. With 4 minutes remaining the winner arrived as Hardcastle delivered his latest corner which was touched home close in by Brewster to secure a vital win.