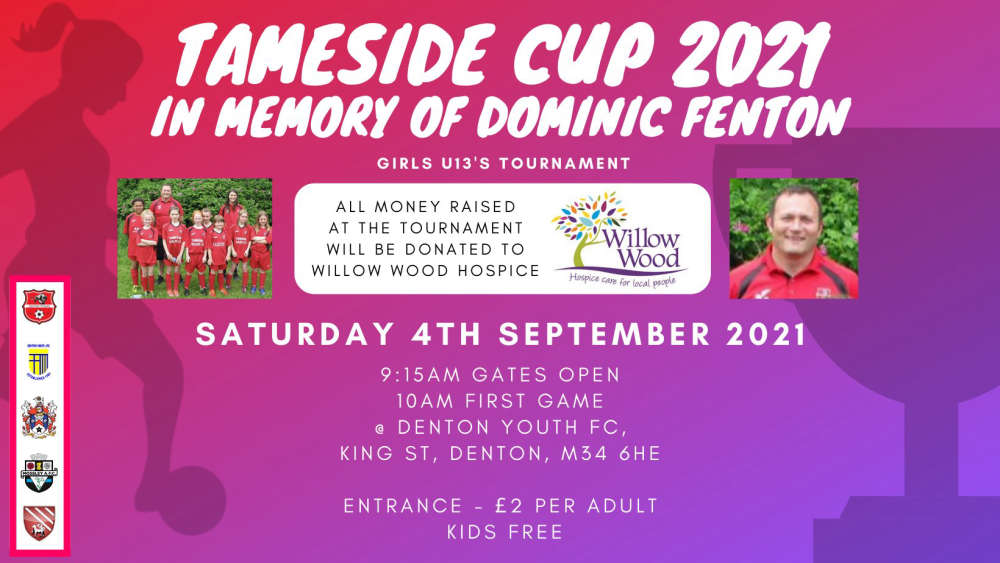 Dom, who helped the club to get to where it is today, tragically died suddenly at the start of April, aleaving members devastated.

The club has therefore decided to host the tournament in a bid to raise funds for Willow Wood Hospice - nominated by Dom's family.

The day will include a tombola and raffle with amazing prizes donated by Mossley AFC, Hyde United, and Droylsden Juniors, while members of the FC United Women's Team will also be in attendance.

Ashton Pumas Under 13s will be playing alongside Denton Youth, Stalybridge Celtic, Mossley Juniors and Droylsden.

The club also set up a Go fund me page to raise funds for Dom's family which generated over £3000.