Ashton lose out in pre-season friendly 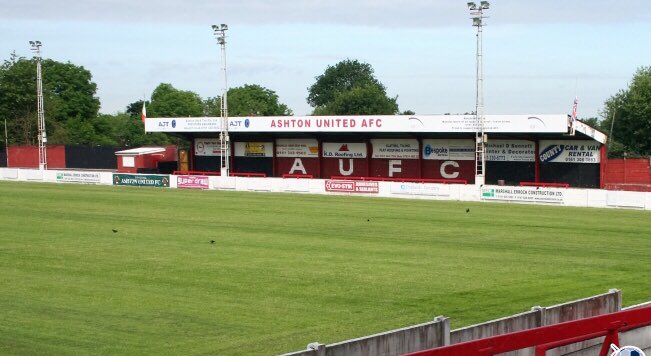 Ashton’s first home friendly of the season saw them go down to a late goal from their Division Two opponents at Hurst Cross. The visitors now managed by ex-England international Keith Curle took the lead after just 4 minutes as a left-wing cross saw one of the triallists force, Harry Spratt, into an own goal.

On 10 minutes Brewster’s clever pass was just too far ahead of Chris Rowney’s run and Jack Redshaw sent a curling attempt comfortably wide. Redshaw then put a free-kick over the top but just before halftime, he equalised squeezing home his header at the far post from Tom Bentham’s deep cross.

Redshaw was back in the action after the restart seeing a neat effort on the turn saved before Dearnley brought a decent save out of Hartley. One of Ashton’s subs then saw his effort come back off the bar following a neat 1-2 with Bentham with a subsequent curling effort going just wide.

Adam then curled a free-kick onto the roof of the net for Oldham after a foul in the build-up but the winner arrived as Dearnley slid home Da Silva’s cross despite Azam seeming to have been injured earlier in the play.