Another bid to get to Wembley 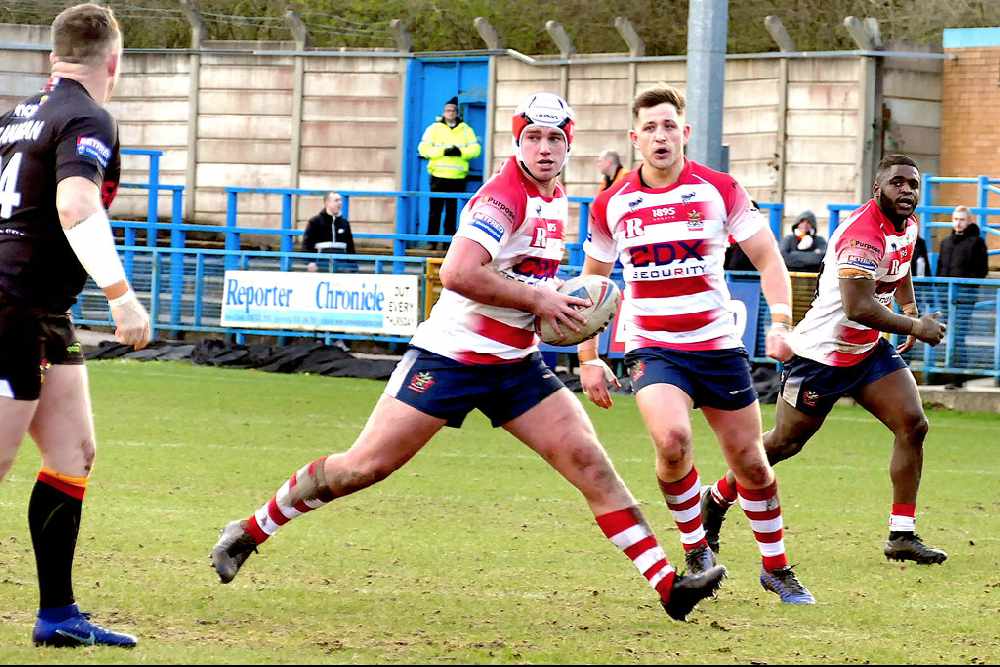 Oldham will again compete in this season's AB Sundecks 1895 Cup which has its Final at Wembley on Saturday, July 18.

It will again form a double-header with the Coral Challenge Cup Final but, unlike its inaugural 2019 showpiece, the 1895 Cup Final this year will start at noon in the preliminaries to the main event rather than afterwards in the early evening.

As a Betfred League 1 club last year, Oldham were involved in round one, beating Whitehaven 48-12 at the Vestacare Stadium before going out to Doncaster, 12-24, in round two, also at home.

The four winners will be joined in round two by 12 of the 14 Betfred Championship clubs, including the Roughyeds.

Toulouse Olympique and London Broncos, currently placed top and fourth, are not involved.

The draws for round one and round two will be streamed live by OuRLeague from 6.30pm next Tuesday (March 17) from the Ullswater Heights Holiday Homes and Leisure Park in Cumbria. It will be fronted by new Great Britain and England coach Shaun Wane.

Round one will take place on Sunday, April 19 and round two on Wednesday, April 29 which, in Oldham's case, will be sandwiched between Championship games at home to Halifax and away to Featherstone Rovers.

The RFL, meanwhile, has confirmed that Hemel Stags will relocate to Ottawa in Canada  next year and will play in Betfred League 1 as Ottawa Aces.

Negotiations are also at an advanced stage for another new club on the other side of the Atlantic, New York, to enter the Challenge Cup next year.

Commenting on the Ottawa Aces situation, RFL chair Simon Johnson said it met the wishes of Championship and League 1 clubs and added: "That reflects the benefits to our competitions and clubs from the progress of Toronto Wolfpack through League 1 and the Championship over the last three years.

All Ottawa Aces home game in League 1 in 2021 will be streamed live on the OuRLeague app.