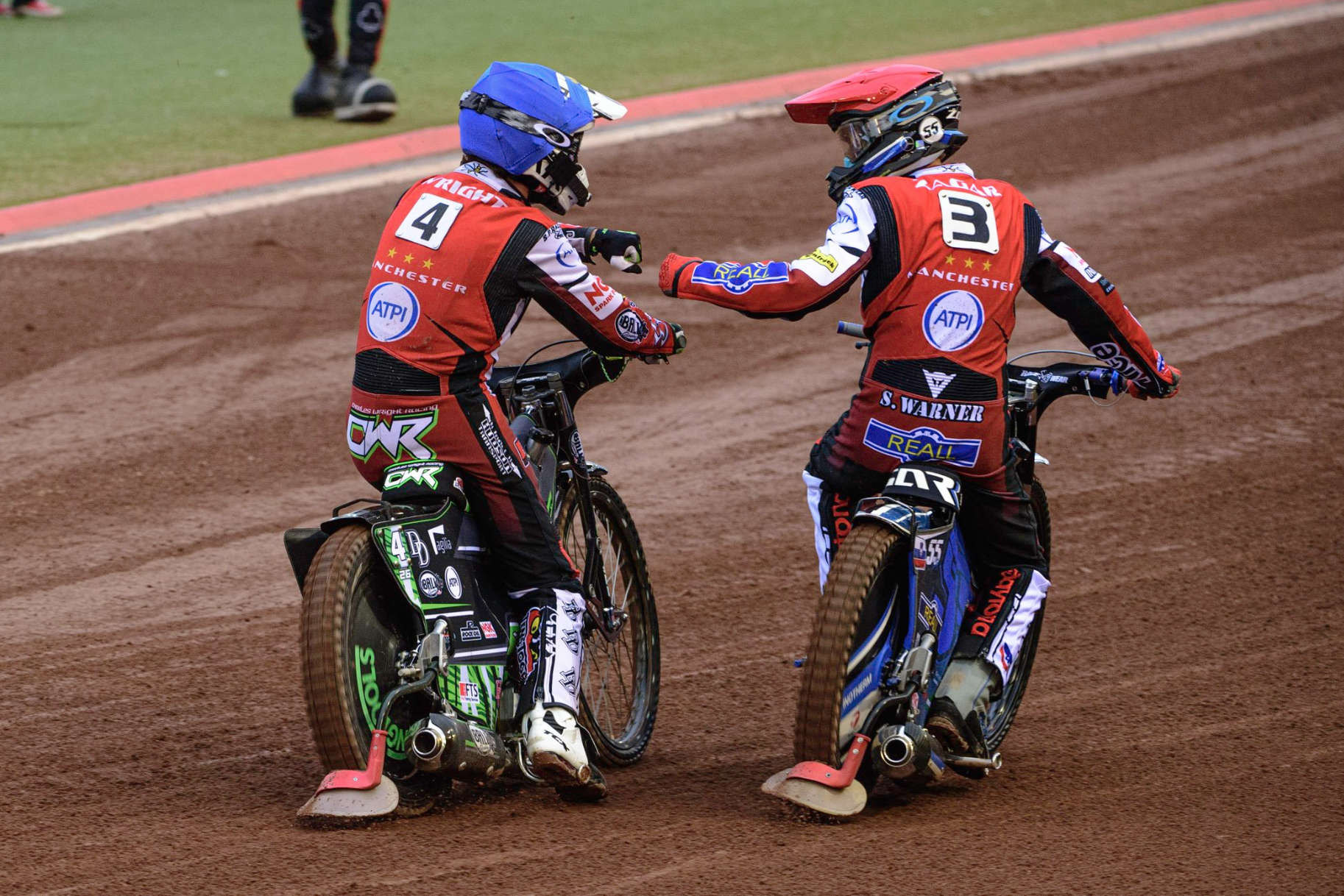 Belle Vue produced a grandstand finish to regain their place at the top of the Premiership table with a 48-42 victory over Ipswich at the National Speedway Stadium on Monday night.

The Aces went into a tense last heat decider against the league leaders facing the unbeaten Witches number one Jason Doyle, but it was home stars Matej Zagar and Brady Kurtz who stormed away in the nail-biting final race to secure the vital three league points and bring the Manchester crowd to its feet.

The top of the table clash, played out on front of the live Eurosports television cameras, was always set to be a tough encounter, with the Aces forced to go into the meeting without their number one Grand Prix star Max Fricke and lively teenage reserve Norick Blödorn, both of whom were away in Germany racing in the qualifiers for the 2023 GP series.

The home fans’ nerves were set jangling as early as heat one when Ben Barker made a great gate, soon to be joined at the front by Doyle, as the visitors opened the meeting with a 5-1 maximum. Barker was quickest away again in the second race, as the Witches took another heat advantage to open up a 9-3 lead.

Belle Vue hit straight back with Zagar taking charge of heat three as he moved past Danny King coming out of the second bend. Charles Wright raced wheel-to-wheel with King before settling into second place, giving the Aces a maximum win to close the gap to two points.

From there, no more than those two points separated the sides all the way until the final heat.

Zagar dropped his only point in heat five, losing out to Doyle, but he bounced back to win heat six, and with Jye Etheridge picking up a valuable third place, the Aces had levelled the scores at 18-18.

Hopes of Belle Vue taking the lead for the first time in heat eight were dashed when Etheridge was disqualified for touching the tapes. Instead it was Troy Batchelor who passed Tom Brennan to put the visitors back two points into the lead.

Zagar teamed up with Wright to level things up again in the next, and the scores remained locked together until Zagar brought home another 4-2 advantage, this time with Brennan in heat 12.

Two more shared heats set up the last heat decider with the Aces just holding the narrowest of leads, but facing the unbeaten Doyle.

However Zagar and Kurtz ensured that Belle Vue ended the night on top of the league table as Zagar outgated Doyle, and Kurtz came around the outside, moving up the back straight to join his partner in a 5-1 win.

Though Ipswich picked up a league bonus point for staying within six, the three points for the win were enough to see the Aces leapfrog the Witches to top spot.

The Aces are next in action back at the National Stadium on Monday when they take on Wolverhampton.

The Wolves ran out 48-42 winners on their last visit to Manchester in the League Cup in April. However, the Aces are a much stronger proposition now since the addition of Matej Zagar, and will be looking for another three league points to consolidate their position in the league.

Meanwhile, the Belle Vue Colts continued their climb up the National League table with a resounding 57-33 win over Oxford at the NSS last Friday. New signing Jake Mulford made an impressive debut with 11 points, while skipper Jack Smith topped the scorecharts with 13+1.