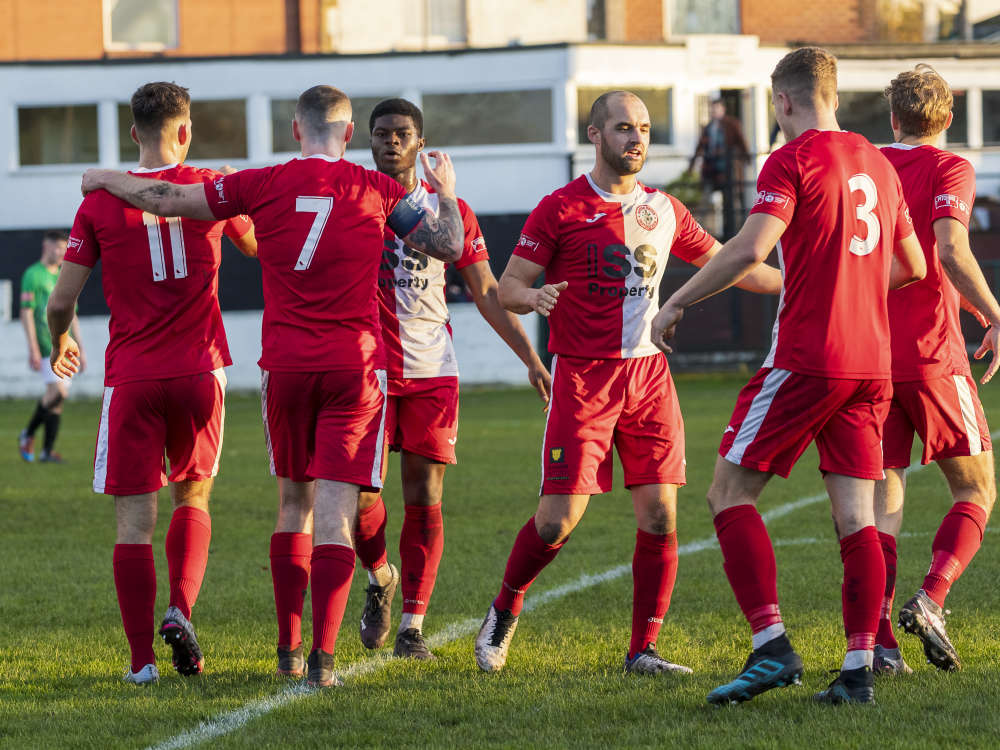 Congratulations as the score gets to 2-1.

A 5 star performance from the Robins saw them easily progress to the second round of this season’s FA Trophy.

They moved ahead almost with their first attack as Florian Yonsian saw his effort cleared off the line by Harry Eden but the resulting corner saw Ben Hardcastle’s delivery dropped into his own goal by keeper Keiran Hart.

Yonsian then saw his follow up effort hit the bar after Michael Brewster’s shot had been blocked but the visitors drew level on 15 minutes as Isai Marselia shot home from the edge of the area after Christian Isichei had robbed Brewster.

Harvey Macadam’s effort then clipped the top of the bar for the hosts but they regained the lead as Tom Warren converted at the far post from Macadam’s pull back and Hardcastle sent a left foot effort whistling wide from Sam Sheridan’s pass.

After Brewster had been crowded out from another Sheridan delivery Ashton extended their lead approaching half time with Sam Sheridan’s free kick headed home inside the area by Harry Coates.

The second period started in bizarre fashion with both sides winning and missing a penalty, firstly Sam Baird fouling Nesbitt and shortly afterwards Beresford taking down Yonsian with both keepers saving to their left but Ashton did move further ahead as Brewster’s square pass saw Sheridan fire home the best goal of the game from 30 yards out.

Sub Abadaki then ran on to a through ball but was denied by the onrushing Hart and after Abadaki had fired a great chance wide after collecting a rebound it was Macadam who completed the scoring as he curled a free kick in at the near post after Hardcastle had been fouled.