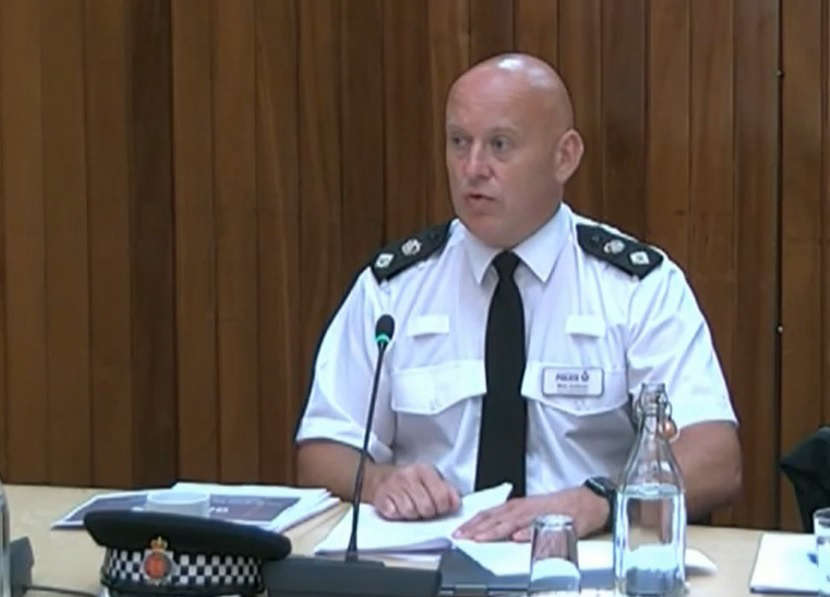 Greater Manchester Police is set to come out of special measures by the end of the year, according to the senior officer overseeing its "remarkable" transformation.

GMP became one of six forces to be put in special measures by Her Majesty’s Inspectorate of Constabulary (HMIC) in December 2020 over its poor handling of victims.

The damning assessment put GMP alongside The Met, Cleveland, Staffordshire, Gloucestershire and Wiltshire in the cop doghouse.

But, now Chief Superintendent Rick Jackson, performance and improvement oversight lead for GMP, has presented a progress report on rapid improvements to the force.

Speaking to elected councillors on the Greater Manchester Police, Fire and Crime Panel, he said: “All the signs are – and I don’t want to tempt fate – that GMP will be released from engagement [into special measures] later this year.”

Under questioning from Councillor Steve Williams, he admitted that when he began his task he “thought it would be like turning a liner around”.

Mr Jackson continued: “The progress has been remarkable, but there is an awful lot of work to do. We are certainly not sitting back on our laurels.”

He explained how in late 2020 the HMIC identified 166 “causes for concern” or “areas for improvement” which were “not normal for a force” and were “too high”.

Those causes for concern resulted in 120 recommendations from the inspectorate, but, said Mr Jackson, those recommendations have now fallen to 25 and were expected to be below 20 within the next two weeks.

“We weren’t putting sufficient emphasis on the investigation plans and we were inappropriately concluding crime reports without personally speaking to victims.”

He said GMP had “a particularly poor performance” in June 2021 in relation to the speed at which it answered the phone and despatched officers to incidents.

Mr Jackson said at its very worst, GMP took 2mins 6secs to answer a 999 call. “It should of course be less than 10 seconds,” he said.

“Our non-emergency calls took an average of over 6mins and we had a signficant level of [call] abandonment.

“I know this is an issue that elected members are regularly contacted about by members of the public.”

Mr Jackson said GMP was “now much improved on that”.

“In June our response to 999 calls was down to 29 seconds and there were examples of it being as low as 5secs.

“For non-emergency calls it has now dropped to 4mins.”

The Chief Supt said that at the worst point, GMP had as many as 2,700 open incidents at peak times, but now this was regularly less than 900.

He said the despatch target time of officers of 15 minutes was now being exceeded and is now down to below 10 minutes and the response time to non-emergency call-outs was down from 28 hours to an average of three hours and in some cases was under 90 mins.

Mr Jackson said the two areas of concern that HMIC were now looking at were the force control room and GMP’s ability to investigate crime.

“They already know what they are going to find because I’ve been sending them data sets on a daily basis,” he said. “They are in attendance regularly at headquarters and going through things with me.

“So all the signs are – and I don’t want to tempt fate – that GMP will be released from engagement [in special measures] later this year.”

He said that if this was the case it would be one of the fastest releases from special measures that has yet occurred.

“Cleveland and other forces are nowhere near that point yet,” he said.

“We’ve reached a point where HMIC have signposted other forces to come and look at the improvements GMP are making.”

The HMIC are continuing to inspect GMP throughout this month and September with outcome expected before the end of the year.