Passengers urged to plan ahead for Manchester's mega music weekend 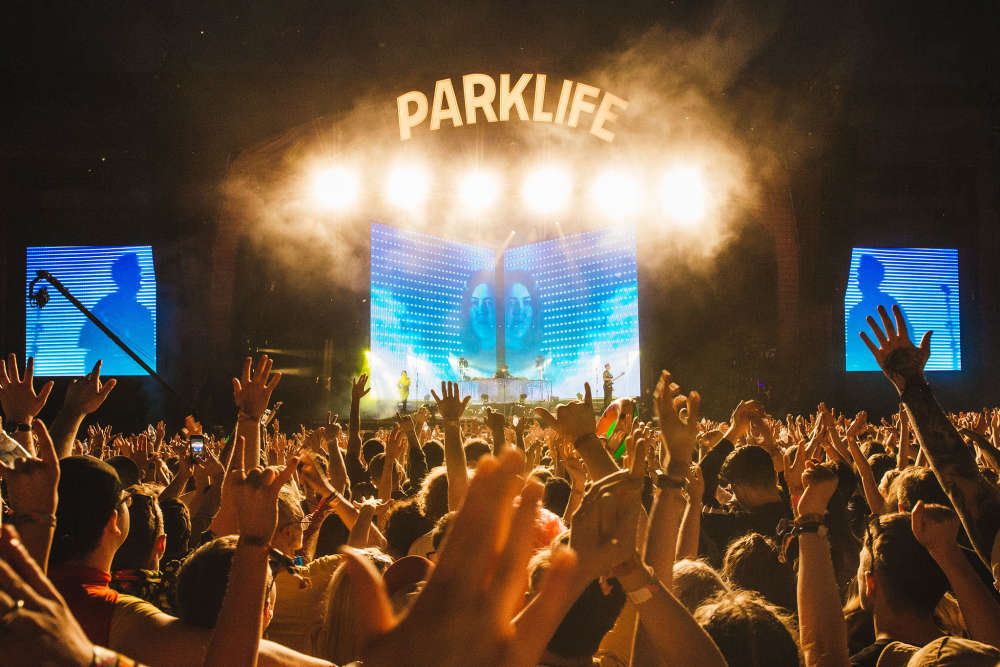 Members of the public travelling in Greater Manchester this week are being asked to plan ahead and stay safe as 300,000 music-lovers prepare to see some of the world’s biggest musical acts hit the stage.

It all begins on Thursday when Ed Sheeran starts his four-night residency at the Etihad Stadium. The Inner Ring Road will be particularly affected by fans travelling to the concert from 3pm each day. Commuters who can work flexibly are encouraged to re-route their journey to avoid the likes of Great Ancoats Street and the Mancunian Way or travel before 3pm.

Parklife, one of the UK’s biggest music festivals, will be returning to Heaton Park just north of Manchester, on Saturday 11 and Sunday 12 June. With more than half of the attendees travelling to the festival by public transport, Bury line Metrolink services are expected to be very busy in both directions from 10am to 3pm and after 9pm on both days. Customers who can travel flexibly should avoid these busy periods for a quieter journey.

Meanwhile, the Killers and Alicia Keys will play the Emirates Old Trafford and the AO Arena respectively on Saturday 11 June. Trams will be busy on the Altrincham line from 5pm with those heading to the Killers encouraged to also use the Firswood (East Didsbury/Airport line) or Wharfside (Trafford Park line) for quieter journeys.

Anyone attending a concert is advised to plan ahead, allow sufficient time, check last tram and train times, and have a back-up plan in case their planned route is disrupted in any way.

Transport for Greater Manchester (TfGM) says it is working with operators and partner agencies to boost services as much as possible to help people keep moving.

The latest travel guidance for each of the events – including which roads and public transport routes will be busiest– can be found on bespoke customer information pages on the TfGM website.

People travelling on Metrolink to any of these events are encouraged to use contactless for payments, as a fast and efficient way to pay whilst keeping queues moving.

Sacha Lord, co-founder of Parklife and Greater Manchester's Night Time Economy Adviser, added: “This is an incredible few days for Greater Manchester as we welcome some of the world’s biggest acts back to our city-region.

“We’ve all been waiting for these moments for some time, and we are expecting the region to be incredibly busy. I would encourage everyone attending events to plan their travels - both to and from concerts - in advance.

“Although the evenings are lighter, I would always urge caution if walking home, and encourage fans to check last tram and bus times. Please stay vigilant and help keep each other safe.”

Those using the tram network over the weekend are also being urged to keep themselves and others safe while travelling by following a few simple steps:

In the lead-up to the events, TfGM is running a social media campaign featuring some of the artists that are due to perform reminding people to stay safe around trams.

Several measures are being introduced by TfGM and operator Keolis Amey Metrolink (KAM) in order to provide a safe and stable network, including extended running hours and extra capacity – including more double trams – on the Bury and Altrincham lines.

Safe queuing systems will be in operation at St Peter’s Square and Victoria stops, which will act as dedicated boarding points for people heading to Parklife.

Temporary daytime closures will also be in place at the following Metrolink stops on Saturday and Sunday, which will reopen in the evening once the festival ends:

Parklife attendees can purchase the Express Pass which offers the greatest flexibility and the quickest route to the festival, allowing travel on either the direct Parklife shuttle bus or Metrolink services from the city centre.

Detailed information about Parklife can be found on TfGM’s dedicated travel advice page.

Superintendent Andy Sidebotham, GMP’s gold commander for this weekend’s events, said: “This weekend will see thousands of people visiting and staying in the centre for what will be a busy weekend for all emergency services and our partners across the region.

“We want everyone to have a safe and enjoyable weekend and music-goers should expect to see police officers on the ground in and around the events and will be on hand to help anyone who needs it. We’ve been working alongside partners for months for these events and our main aim is as always, to keep everyone safe.

“Those planning to visit or live nearby are asked to be patient when travelling to and from the events as there will no doubt be an increased amount of traffic. Public transport is expected to be very busy and we would ask that people follow the messages and advice from our colleagues at TfGM, and that those attending plan their journeys accordingly.

“As always, we’re thrilled to welcome thousands back to the city centre and hope that everyone attending the concerts and Parklife festival this weekend have a safe and good weekend.”

Stephen Rhodes, Customer Director at TfGM, added: “With extremely high and potentially record numbers of people expected to be travelling on the network this week, I’m appealing to all our passengers to take extra care when using the network and to look out for your friends and other people around you.

“I would strongly encourage anyone travelling by bus, tram or train during the coming weekend to use contactless payments where possible in order to help keep queues moving. When paying by contactless on Metrolink, please remember to touch-in and touch-out with the same device on the smart readers at the start and end of each journey, and Metrolink will work out the best fare for you.

“We are constantly updating the customer information available on our website and across our social media channels to help people make informed journey choices; to save them time and avoid disruption to their journey.”