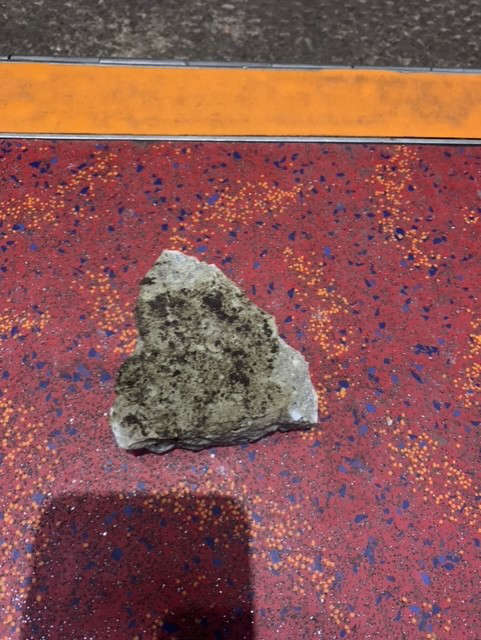 A brick that was thrown at a Stagecoach bus.

Greater Manchester’s TravelSafe Partnership is asking parents to check in with their children following a spate of attacks which has seen rocks, bricks and stones thrown at public transport.

To help tackle this issue over the Easter school holidays, TSP officers are asking parents to make sure they know where their children are and what they are doing – and to warn them of the serious consequences of their actions if they do throw objects at public transport.

The attacks, which have targeted buses, trams and trains in the region, have left both transport staff and passengers seriously injured in some cases - and have also affected the delivery of services, delaying journeys and affecting people’s plans.

Figures show that buses across Greater Manchester have reported more than 300 incidents of missiles being thrown over the past 12 months, while objects were thrown at Metrolink trams nearly 145 times.

Police and transport operators are also warning against people “surfing” buses or trams after a child injured themselves falling off a bus.

Transport bosses have reiterated their message that crime and antisocial behaviour will not be tolerated on public transport in Greater Manchester, and while incidents remain low, the TSP will take appropriate action when things do occur.

They warn that, in some cases, the attacks on buses result in services being diverted or withdrawn from certain routes, impacting the wider community by potentially isolating those reliant on buses for essential travel. There is also the risk to passenger safety if a driver is injured while the vehicle is moving.

Kate Green, TfGM’s TravelSafe Partnership Manager, said: “These types of incidents are absolutely unacceptable, and we will make every effort to track down and prosecute anyone foolish enough throw objects at public transport. The consequences of this type of unthinking behaviour can be extremely serious for transport staff and passengers.

“Parents and young people should also be aware that the consequences for offenders can also be very serious, and a moment of madness or showing off could result in them being banned from the network or potentially prosecuted.

“But offenders can also put themselves in danger, as we saw recently when a child was knocked unconscious while bus surfing. The outcome could have been a lot worse, so we really have to ask – is it worth it the risk?”

On Tuesday 6 April, stones were thrown at three passing vehicles along the Leigh Guided Busway, leading to services being temporarily diverted. A 21-year-old man has since been arrested and charged with criminal damage.

Two passengers suffered minor facial and hand injuries after a projectile was thrown at another Stagecoach bus on Saturday 2 April and shattered a window as the vehicle travelled near the Etihad Stadium in Manchester.

The latest spate of incidents comes after a log was thrown into the path of an oncoming train near Bolton in March, causing a small fire leading to more than 100 passengers being evacuated.

In February, a Northern train driver was left with facial injuries after his cab window was shattered by a brick thrown by vandals in Clifton.

Ian Birch, who has since returned to work, said: “I want the people who did this to see the impact of their actions. I could have been blinded or even killed.” 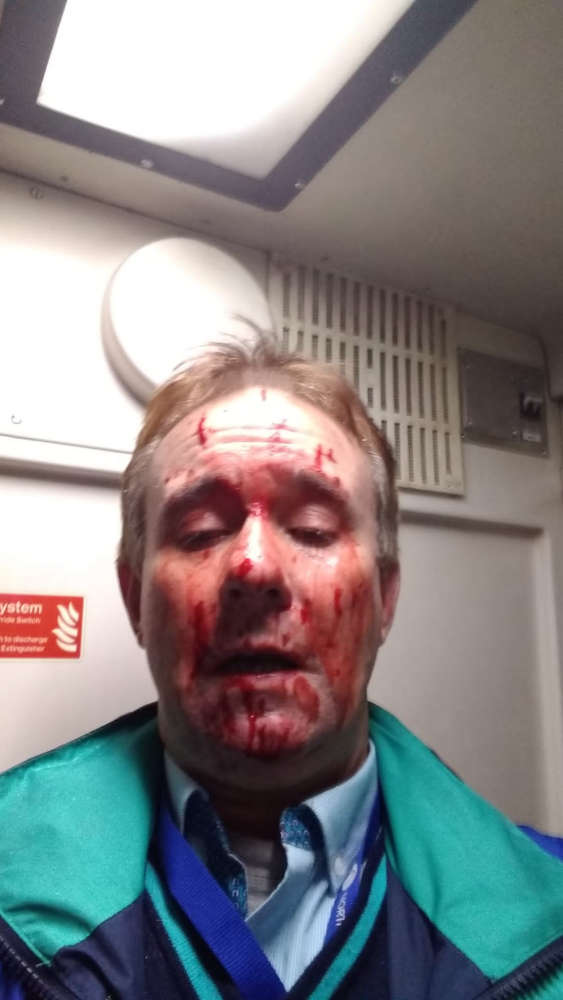 Bev Hughes, Greater Manchester Deputy Mayor for Policing, Crime, Criminal Justice and Fire, said: “This reckless behaviour is endangering the safety of passengers, drivers, and the offenders themselves, and it could also deter people from using our trains, trams and buses.

“Everyone using public transport is entitled to a safe and enjoyable journey - incidents of crime and antisocial behaviour on the network will not be tolerated.

“Through the proactive work of Greater Manchester Police’s Transport Unit and TravelSafe officers, we are cracking down on this aggressive, dangerous, and often illegal behaviour. This drive against antisocial behaviour has led to a 25 per cent increase in arrests since August.”

Chief inspector Lorna McEwan, of BTP, added: “Targeting trains and their drivers is absolutely senseless and can have devastating results. We are conducting extra patrols across the network and those responsible can be assured they will face the consequences of their actions, whatever their age.

“This isn’t harmless fun – it is a criminal offence and drivers and passengers could be seriously injured. Parents, I urge you to know where your children are and what they are doing during the Easter holidays – and most importantly – convey to them the dangers of throwing items at trains.”

Transport bosses say TSP officers spend more than 5,000 hours per week patrolling the public transport network, day and night, seven days a week. They are also supported by more than 3,800 CCTV cameras that are monitored 24/7 and cover bus stations and interchanges across the region.

Since January, the TSP has held 28 specialist operations targeting known issues at 19 hotspot locations across the public transport network. Officers have spoken to around 8,000 passengers and have issued almost 1,500 fines. Seven arrests have also been made.

The TSP has also engaged with 42,000 young people since September as part its educational programme. In the last 12 months a total  of 27 passes (igo, Our Pass and concessionary) have been removed from young people due to the holders being responsible for crime or ASB on the transport network.