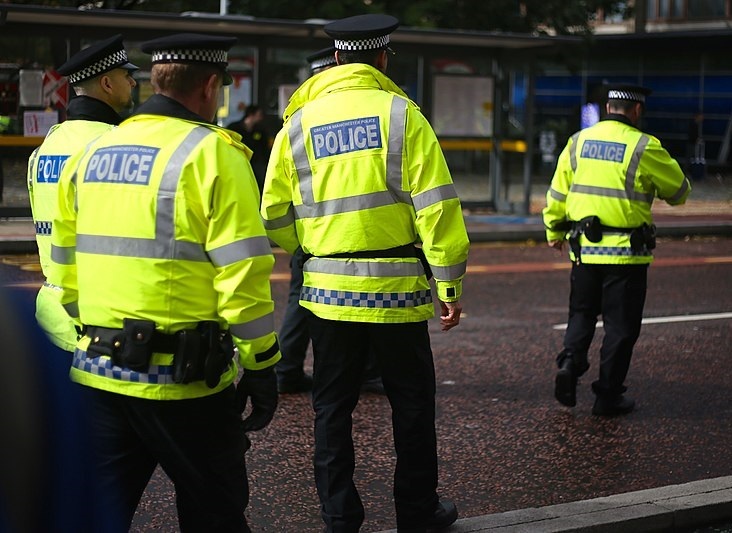 Police have been authorised to use stop and search powers in areas of Greater Manchester following a string of fatal stabbings in the region.

He said authorities will work to ensure the powers are not used in a discriminatory way.

He said: “We are making use of stop and search powers, I know they are to be used carefully and there are issues that arise with regards to stop and search, but if more weapons are being carried it follows, I’m afraid, that more will need to be done to apprehend those weapons.

“Under our new Chief Constable, we have a very different approach to policing in Greater Manchester than we’ve seen in recent years – all this is on the foundation of much stronger, more proactive community policing.

“On the enforcement side there is a raising of the game, definitely. But on the diversion side we’re taking that community approach, putting more money into youth activities and positive things for young people to do. We have a good approach, but we’re seeing how we can take that further.”

In one day of action alone across Oldham on Thursday, police officers were deployed to respond to community concerns and 54 people were arrested.

With too many young people recently having lost their lives as a result of knife crime in the region, Mr Burnham added: “It is heartbreaking to hear from parents who have been bereaved in this way – absolutely and utterly heartbreaking. And the suddenness of their loss is something no parent would ever want to have to contend with.”

Mr Burnham called a violence reduction meeting on Friday (1 April), chaired by former chief prosecutor for the North West Nazir Afzal, to discuss how best to tackle the issue in the city region and hear from community members – as well as from bereaved families.

Mr Burnham said: “I wanted to ensure that we were hearing from all communities and we were doing everything that we could possibly be doing to understand what’s going on and take more steps to reduce, particularly youth violence and knife crime but also violence overall.

“It seems to me these days that things escalate very rapidly to a point where there’s real danger and it doesn’t feel like that’s what we had to deal with growing up.

“We have to warn young people about the dangers and also train them in de-escalation so they are able to deal with those situations as they arise. It’s a new world out there and we have to equip our young people with the skills they’re going to need to deal with it.”

The meeting was held on the same day that central government confirmed funding for the continuation of Greater Manchester’s violence reduction unit for the next three years.

The city-region is getting £5 million as part of the move.

Mr Burnham added: “The violence reduction unit is doing phenomenally good work, particularly taking a community-lead approach to tackling youth violence, because the truth is the intelligence is held within communities.

“Sometimes communities may be fearful of going to the police, but we’re trying to build infrastructure where that intelligence is brought forward and communities are supported to help each other and tackle these issues, but it’s only part of the solution.”

Nazir Afzal, who suggested the meeting today to hear from communities affected by the violence, lamented the under resourcing of police forces up and down the country.

“We have to understand why young people carry knives. For some of them its because they’re scared, some of them feel their environment makes them; their peers carry knives, some feel it makes them look tough. All of these things have to be understood for us to be able to provide a proper response.

“You can’t police your way out of this, while the police are doing the best job I believe they can in the circumstances, you need the community to come forward and we need to support them in doing so. The solutions have to come from the grass roots, from the people most affected by it rather than from the top down.”