Council tax set to rise to pay for police, buses and fire service 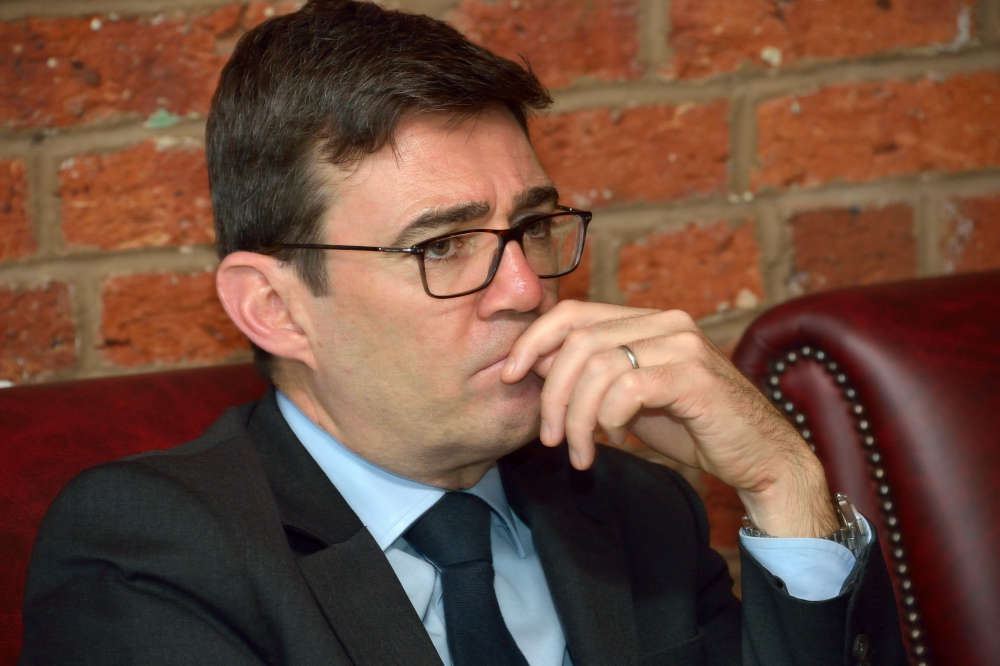 Andy Burnham plans to add £22 onto council tax bills to pay for bus reform, the fire service's response to terrorism and improvements to 101 police calls.

The Greater Manchester mayoral precept would also be spent on homeless shelters, the Our Pass bus scheme and reversing a reduction in fire engines.

People living in Band D properties will see a £12 increase in this part of their council tax bill from April, if the proposed changes are approved next month.

Of the total increase, £10 would be part of a police precept and is expected to be approved at a police, fire and crime panel meeting on Monday (January 31).

If the general precept is approved too, the overall increase would be 7.1 per cent.

Burnham said he recognised the cost of living pressures residents are facing, promising that the proposed increase has been minimised ‘as best we can’.

But the Labour mayor said pressures on the budget mean more tax is needed.

The biggest increase will benefit Greater Manchester Police, which has been in special measures since a damning report by inspectors at the end of 2020 – but Burnham said he has full confidence in the force’s new chief constable.

The general precept will be used to sustain schemes launched by the mayor including the Our Pass scheme which is set to be extended for another year.

This part of the precept, which would go up by £7 for Band D homes, will also allow A Bed Every Night to continue housing around 600 homeless people a night.

However, the metro mayor said the main reason for the increase is the ‘huge undertaking’ of bringing buses in the city-region back under public control.

He said: “This is a massive change. We are the first city-region in the country to use the powers set out in the legislation to do this.

“We already know there are bumps along the road because we are still subject to legal challenge from bus operators. So this is a challenging process.”

The mayor raised concerns about government funding for buses being scaled back, but said his office knew it might need to raise council tax regardless.

The fire element of the precept, which accounts for £5 of the increase for Band D properties, would go towards a proposed pay rise for firefighters.

Burnham said the proposed pay rise, which is now subject to a ballot by the Fire Brigades Union, recognises the need to respond to terrorist incidents.

It comes after the fire service in Greater Manchester was criticised by inspectors for lacking capability to deal with a marauding terror attack.

The watchdog warned not to increase firefighter’s pay for this reason.

But Burnham said it is ‘absolutely right and proper’ to increase pay for staff who will be asked to undertake additional training to respond to terrorism.

He said: “This has been a long-standing issue that the city-region has been seeking to resolve.

“A very good proposal has emerged for a pay increase to reflect the responsibility of providing a response in those circumstances that we never wish to see, but we have to prepare for.”

The mayor said this is the main pressure in the fire service budget, but he said that another long-standing issue which has been settled will raise costs too.

Greater Manchester Combined Authority, which had previously proposed cutting the number of fire pumps as part of the Programme for Change savings strategy, has now said it will keep 50 fire engines in the city-region.

He said: “That’s more than we said we thought we could do when we were first embarking on Programme For Change, but, it’s the right decision and I believe it’s important now to sustain it at that level to give confidence to the frontline.”

The police precept is expected to increase by £10 for Band D properties – nearly five per cent for all households – with a renewed promise of improving response times to 999 and 101 calls which has inspectors say has already improved.

Together with the central government policing grant, the extra funding from the precept would also fund 438 additional police officers of which 60 would be dedicated to road safety freeing up officers to focus on public transport.

Burnham did not increase the police precept last year after GMP was placed in special measures, saying ‘rewarding failure’ would send the wrong message.

But since then, the force has been warned again that it is failing vulnerable victims following another visit by Her Majesty’s Inspectorate in September.

However, the Labour mayor says the force, which is still in special measures, is now in a different position under new leadership which deserves his backing.

The mayoral precepts must be approved before coming into effect in April.