Burnham warns bus services could get worse before they get better 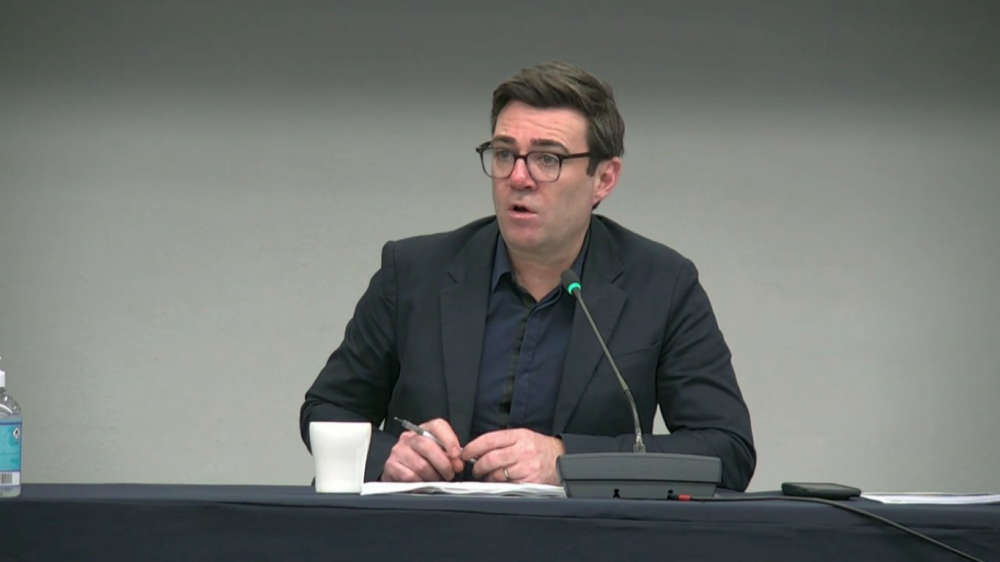 Andy Burnham has warned that bus services could get worse before they get better as Greater Manchester gets half of the funding for running costs requested.

The Labour mayor welcomed the news that the city-region would receive £1.07bn for one-off infrastructure costs to improve the transport network.

This funding will help pay for a new transport interchange in Bury, a new train station in Golborne and new zero emission buses, bus stops and road repairs.

Greater Manchester will also get £94.8m for ongoing costs to run the bus network and a one-off £20.5m in emergency funding for Metrolink services.

However, the £94.8m for the Bus Service Improvement Plan is half of what is needed to guarantee the £1.50 hopper fares, 70 new routes with 10-minute-services and ‘24 hour services’ on up to 20 routes previously proposed.

Burnham also said there could soon be fewer bus services running in the city-region as further details of the Covid recovery funding are yet to be confirmed.

He said: “Bus services could get worse before they get better because if the funding’s not there to help the bus system recover from the pandemic, we could see loss of services or loss of frequency and that will mean that the foundations upon which the improved services are being built are going to get shakier and not the solid foundation that we would want.”

Responding to the funding announcement on Monday (4 April), Burnham revealed the new regulated bus system will launch in Wigan and Bolton on September 17, 2023 and that at least 50 new zero emission buses will be introduced then.

It comes after a judge ruled in favour of Burnham bringing buses back under public control following a judicial review brought by two bus operators.

Rotala – one of the bus firms – has now appealed this decision, but Greater Manchester is sticking to the same timetable for the new franchising system.

The mayor committed again to capping bus fares for single journeys at £2 for adults and £1 for children – but he coud not guarantee a £1.50 hopper fare.

He said: “We are going to have to make some choices.

“We won’t be able to do everything because we put forward a plan for lower fares, more frequent services, later running services and clearly, we’re not going to be in a position to do everything that we wanted to do.

“However, we are going to be in a position to improve services.

“I think the key thing will be, a mixture of making a move on fares and increasing frequency.

“It’s exactly what we can do on both of those things that we’ll have to judge.”

The £1.07bn City Region Sustainable Transport Settlement for Greater Manchester includes £205m for new electric buses and infrastructure, up to £202m for new bus lanes, corridors and junctions to improve connectivity and up to £30m to improve bus passenger information, fares and ticketing.

Funding will also enable work to start on a new transport interchange at Bury and the city-region’s first new train station in more than 20 years at Golborne, subject to approval by Department for Transport.

Transport Secretary Grant Shapps said: “Buses are the most popular way of getting around in this country – but for too long people outside of London have had a raw deal.

“The investment we’re making today to ramp up the bus revolution will drive down fares at a time when people’s finances are tight and help connect communities across England.”

The government announced a national funding pot of more than £150m to support bus and tram services across England for the next six months.

The latest announcement reveals that Metrolink will receive £20.5m of this.

The Department for Transport has been asked for a breakdown of bus funding.