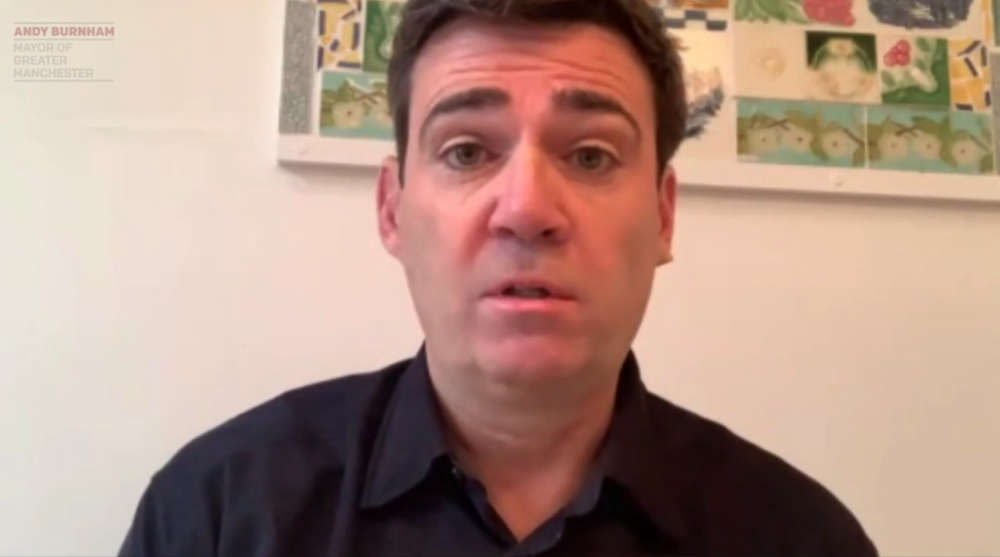 Andy Burnham has described the Sue Gray report as 'shocking' and 'shameful'.

The Greater Manchester mayor gave his reaction to the senior civil servant’s report into gatherings held in government buildings during Covid lockdowns.

The long-waited report which was published in full yesterday said that many of the events which took place in Downing Street ‘should not have been allowed’ to happen and the Prime Minister ‘must bear responsibility for this culture’.

It also found ‘multiple examples of a lack of respect and poor treatment of security and cleaning staff’ whom Boris Johnson says he has apologised to.

The Labour mayor accused Mr Johnson of ‘laughing in the faces of people who made genuine sacrifices through the pandemic’ and called on the Prime Minister to resign.

He said: “If I go back to my days when I was a minister and I used to go to Number 10, I can’t relate what I saw then to what I read about yesterday.

“This is the collapse of standards at the heart of the UK government.

“Shocking, shameful treatment of cleaners and security staff. Who do these people think they are in there?

“And this is the image that the country is now projecting to the world. It is no way to run a country. It is shocking and shameful and he should resign.”

Mr Burnham has previously spoken of his experience of negotiating with the government when Tier 3 restrictions were due to come into force in Greater Manchester, saying staff did not understand what people were going through.

He said the report by Sue Gray published yesterday reinforces that belief.

The Labour mayor also welcomed measures announced to help households struggling with energy bills, but questioned the timing of the announcement.

Speaking on his weekly phone-in on BBC Radio Manchester, he said: “Of course you’ve got to welcome practical support, but to have it today when people have been saying for months more needs to be done – I know that world down there and there is no way you can separate these two things.

“It’s only coming today because of what we got yesterday. And that’s wrong.

“People are in real difficulty. It should have been nothing to do with the way politics was going.

“Okay, the support is coming. You’ve got to welcome it. But why should it take them being under pressure to do something for other people. Why does it have to be that way around?”

Speaking in Parliament yesterday, the Prime Minister said he takes ‘full responsibility’ for what happened – but Mr Johnson ruled out resigning.

The UK government cabinet office has been contacted for comment.