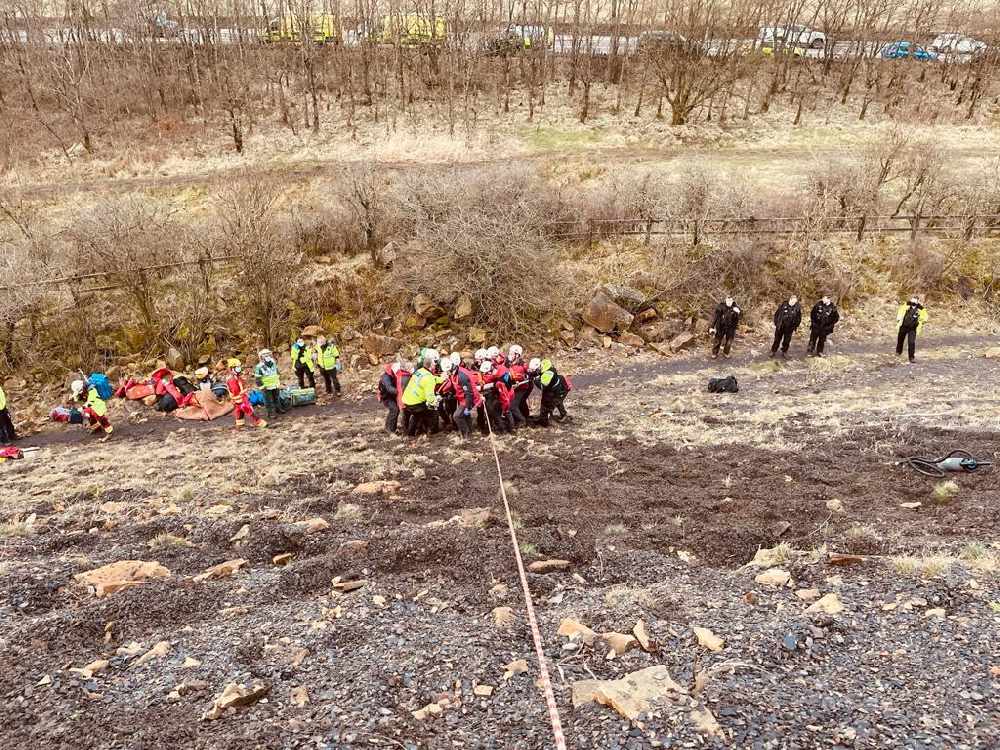 Twenty-six members of Oldham Mountain Rescue Team spent more than two hours responding to an alert from police of reports a young female was stuck on a ledge at Besom Hill, near Grains Bar, in Oldham.

As the scene was being assessed and equipment readied for a rescue, the ledge under the girl's feet gave way, causing her to fall around 35m down the steeply sloped shale and coming to rest approximately 20m from the bottom.

It happened on Friday afternoon (12 March).

GMP officers and OMRT personnel immediately ascended to her location to stabilise and reassure her.

Medical aid was administered by the team’s Casualty Carer, assisted by a team doctor, a GMP medic, North West Ambulance Service paramedics and a North West Air Ambulance doctor, prior to her being packaged in OMRT vacuum mattress and stretcher.

An OMRT spokesperson said: “We then lowered her to the foot of the slope using a combination of a rope system and lots of personnel around the stretcher to make the process as smooth as possible. From there, she was transferred to the NWAS land ambulance for transport to hospital.

“Although we often say it, this was a true example of inter-agency collaboration at it best. Everyone on scene: OMRT, Greater Manchester Police, North West Ambulance Service, North West Air Ambulance, Hazardous Area Response Team; all came together to focus on the casualty and give her the best possible care throughout a challenging incident.

“We have since heard the amazing news she was assessed in hospital as having suffered no major injuries. We send our very best wishes for a speedy recovery.”