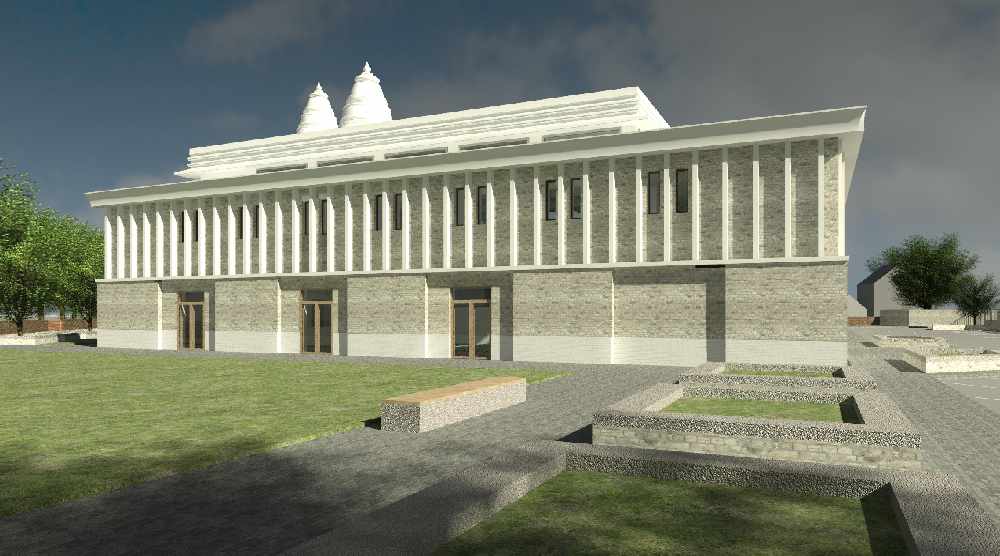 Work has begun on the construction of a new £5m Hindu temple in Oldham, whose design is a blend of modern and traditional features.

Shree Swaminarayan Temple has appointed Salford Quays-based Recom Solutions as the main contractor and the project is due for completion in 2022.

Around 100 people - including members of the community, senior temple leaders, design team personnel and contractors - attended a ground-breaking ceremony to bless the start of the scheme on Copsterhill Road.

Site clearance has begun and will be followed by ground works, structural steel works, glass-reinforced concrete works and then the internal finishes.

The site of the new temple was previously a housing association depot which has since been demolished.

Once completed, the Shree Swaminarayan Temple will feature a spacious and naturally-lit modern prayer hall, space for sports, events and teaching, a courtyard with landscaped gardens, parking and accommodation.

The new temple is being funded through donations from the local community as well as supporters nationwide and internationally.

An ornate solid marble feature gate and traditional Hindu temple domes will be hand-crafted in India, imported and installed at the new facility. 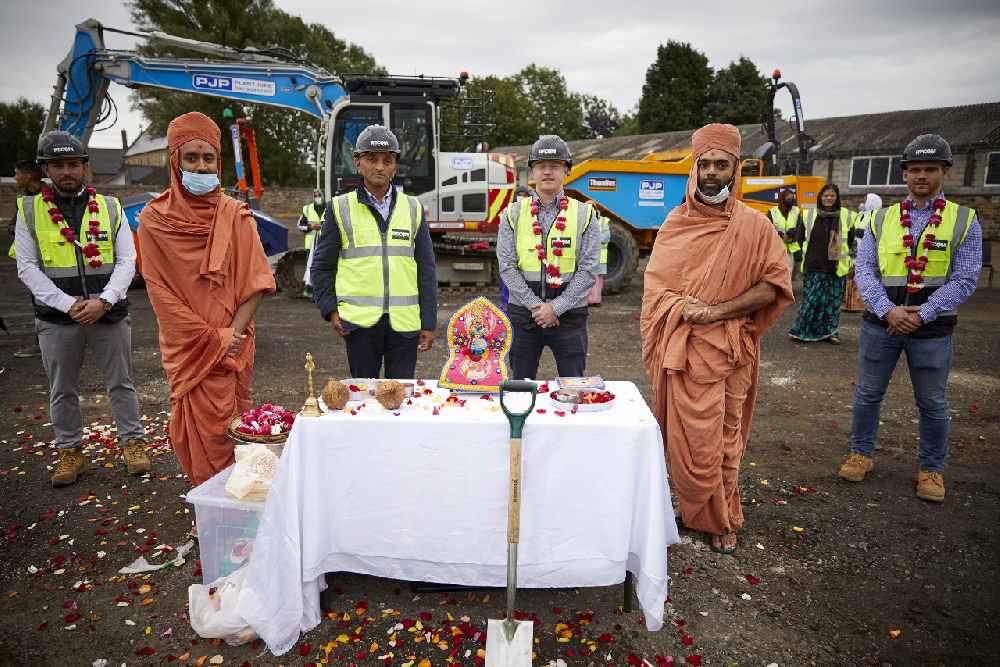 Other professionals involved in the scheme include LTS Architects, Curtins and Hurstwood Environmental Consulting.

The Shree Swaminarayan Temple, currently based on Lee Street, opened in 1977. The community has been seeking a new, modern facility for a number of years. Planning permission for the new development was granted in June 2019.

Suresh Gorasia, speaking on behalf of the temple, said: “Thanks to the generous support we have received from the local community and our parent body, we can now realise our dream for the new temple.

“The temple lies at the heart of our community. For many, it is an extension of their home, a place for worship, culture, socialising and recreation.

“Our priority is to create a new temple that is outstanding, blending contemporary design with traditional Hindu temple features that will ensure it becomes a landmark building.

“We have assembled a high-calibre design team to guide us through the design and planning process and, over the last six months, we have forged a strong and collaborative partnership with Jason and the team at Recom Solutions, who have navigated us through the procurement, tendering and delivery process.

“We are thrilled to now reach this major milestone of starting on site.”

Jason McKnight said: “We are delighted to be given the opportunity to work on this prestigious and ornate scheme, where we can demonstrate to the north west market our expertise in specialist construction delivery.”

A CGI of the new Hindu temple.