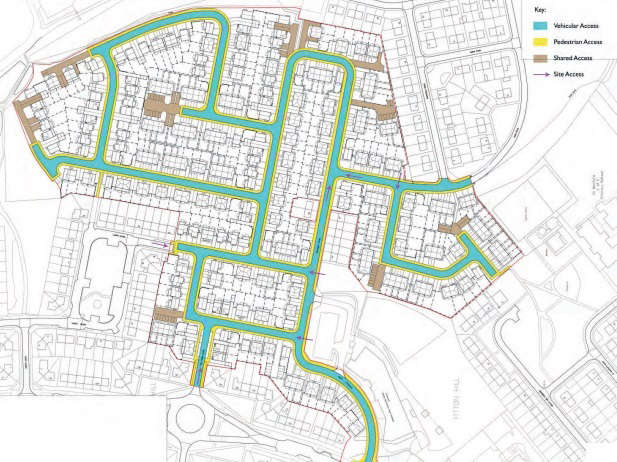 The layout for one part of the new housing development in Fitton Hill in Oldham. Photo: Countryside Properties (UK) Limited.

Plans to build 365 homes in Oldham across two former school sites have been given the green light – and work is set to start on the first phase this summer.

Developer Countryside has been granted planning permission for the housing scheme on the two plots of land in Fitton Hill covering 22 acres between them.

The first plot was the site of the former Fitton Hill Secondary Modern School and Marland Fold School – last used as offices – which have both been knocked down now and will accommodate 63 houses to be sold on the open market.

The second site where the rest of the homes are to be built is a previously developed plot around Hill Farm Close last occupied by houses and the former Fitton Hill County Infant School – all of which have now been demolished.

This site will have 187 houses for sale on the open market, 97 private rented houses and 81 affordable houses to be managed by Great Places Housing.

The two-storey properties will be a mix of two, three and four bedroom homes.

Oldham council’s planning committee unanimously approved the application at a meeting on Wednesday (6 April) despite receiving some local opposition.

There were also worries about the development resulting in more flooding. 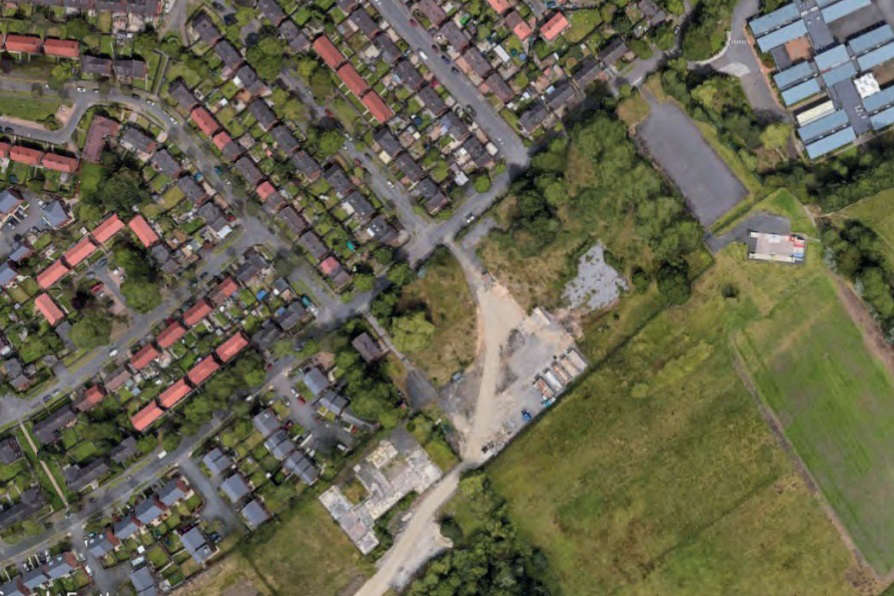 Plot A in Fitton Hill which is proposed for a new housing development. Photo: Countryside Properties (UK) Limited.

Nick Gibbons, who spoke at the planning meeting, told the committee of his concerns that the new homes would block daylight coming into his property.

He said: “I only advise that there’s a possibility that we cherish that open land that’s at the back of our home.

“We’ve never had a building there apart from the old school.

“We hear owls in the night, we hear woodpeckers in the morning and the sun shines through and we thoroughly enjoy it.

“However, I look forward to some kind of development because it needs it.

“We all know it needs it and it would stop all the flytipping we have in the area.”

Although the bulk of the land has previously been developed, some of the first site includes a small section of green belt as well as unprotected woodland.

Because of the presence of mature trees, this area of wooded open space will not be built on and instead some of the green belt land is set to be developed. 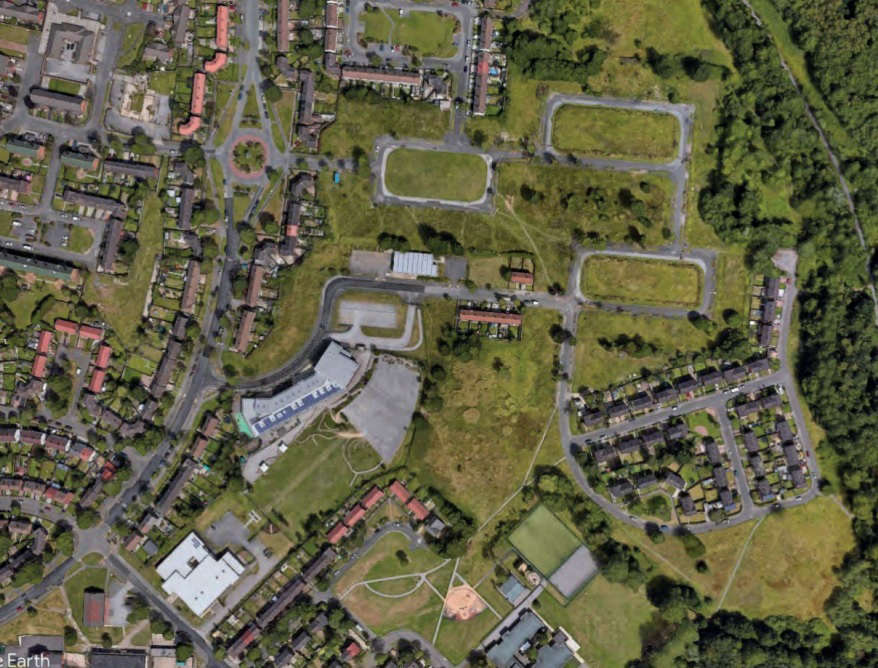 Plot B in Fitton Hill which is proposed for a new housing development. Photo: Countryside Properties (UK) Limited.

Planning officers said there were no objections from any statutory bodies about the principle of development so any drainage issues are ‘overcomable’.

Medlock Vale councillor Yasmin Toor said she ‘fully shares’ the local residents’ concern and described the site as ‘one of the most beautiful parts of the ward’.

However, she said it has become a flytipping ‘hotspot’ and she ‘fully supports’ the scheme, but asked that the developer works closely with local residents.

Speaking on behalf of Countryside, planning agent Imogen Zulver said the developer is ‘very willing’ to work closely with the community on the plans.

She said: “The proposals complete a stalled regeneration project and will deliver much needed family housing including 81 affordable homes.

“The scheme demonstrates a high quality design providing a mix of accommodation.

“Overall, the proposals will allow the redevelopment of brownfield land that has been vacant for a considerable amount of time.”

Countryside intends to start construction on the development described as a ‘high-quality residential scheme’ this summer with the second site to be completed by December 2025 and work on the first site to start thereafter.

The planning committee unanimously approved the proposal alongside the other three applications which were on the agenda on Wednesday (6 April).