Woman taken to hospital after falling on hill 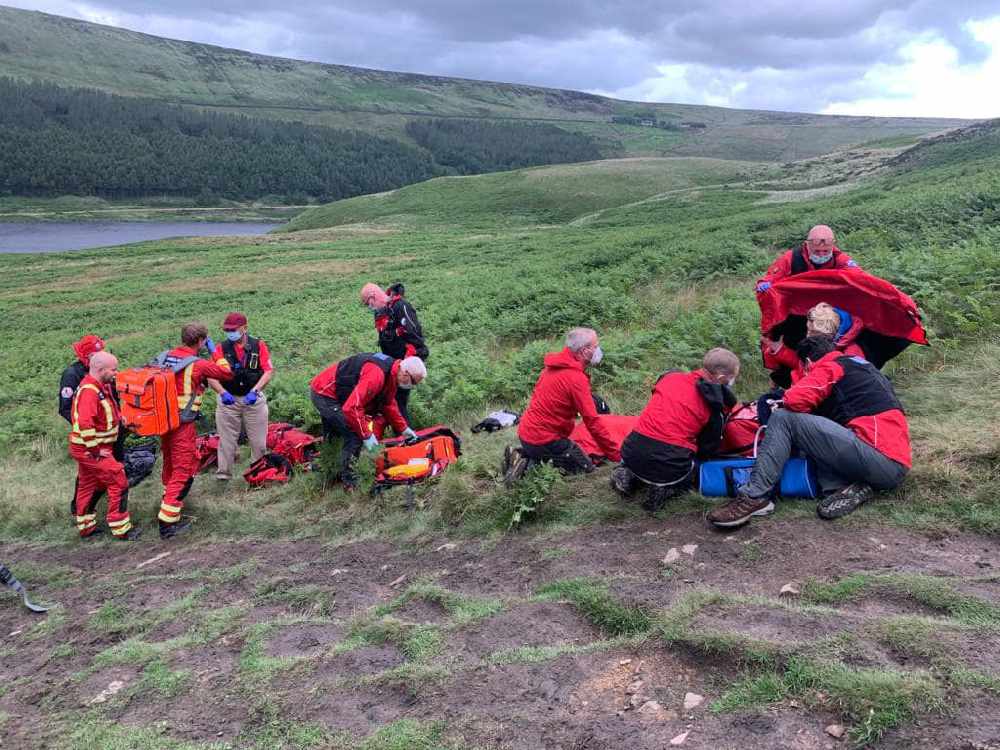 A woman was taken to hospital with a badly fractured ankle after falling on a hill near to Dove Stone.

Oldham Mountain Rescue Team (OMRT) were called out on a wet early evening on Sunday (July 5) to assist North West Ambulance Service and North West Air Ambulance in helping to treat and rescue the woman.

She was taken to hospital by land ambulance, with 20 crew members involved in the operation for nearly two-and-a-half hours.

OMRT said in a statement: "A small number of team members were dispatched to locate and assess the casualty, which allowed the others to assemble and carry kit up to the site. 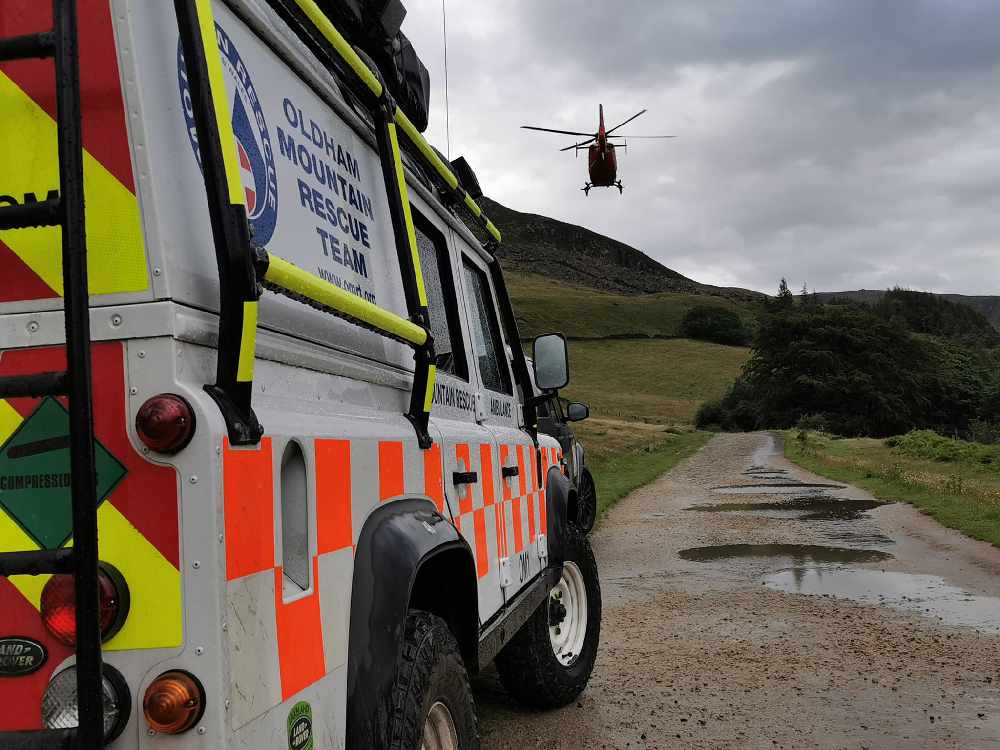 "As the team were administering medical aid, the North West Air Ambulance landed close by and dispatched their paramedics up the hill to assist.

"The casualty was packaged on the Team stretcher and carried down to the main track, from where she was transported to hospital by land ambulance. The team then returned to base to clean, disinfect and dry the kit in line with the now normal COVID-19 protocols.

"Another fine example of inter-agency working and cooperation from NWAS, NWAA & OMRT. 20 OMRT personnel were involved for 2 hours & 20 minutes."