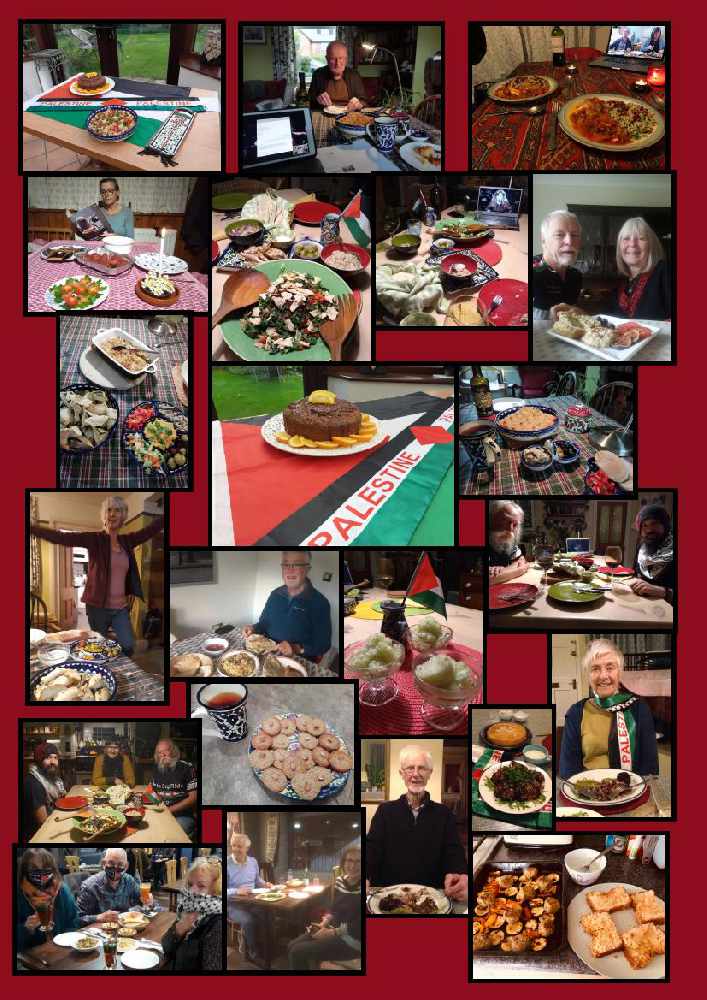 Organisers of the Saddleworth Palestine Women's Scholarship Fund were delighted by the response to their online autumn fundraiser.

A Picnic4Palestine - which was held over the weekend of 3 and 4 October - raised over £2,000 from donations from supporters who took part in a variety of ways in cooking and eating Palestinian food – either on their own, with their household, or with others virtually.

The group produced a pack of recipes and ideas of things to do including Palestinian music, poetry, information on the current situation in Palestine and the Saddleworth PWSF annual report.

One supporter commented: "We had a lovely Face Time Palestinian Meal with friends eating Tablouleh, Chachouka and Pomegranite Passion’ and another gave ‘biscuits and pieces of cake to local friends, it’s a great way to tell them about Saddleworth PWSF."

Michele Abendstern, one of the event organisers, said: "The fundraiser got off to an inspiring start with news that 58 students in total were starting their new academic year – 44 in Gaza and three in the West Bank.

"The money raised will contribute to the women’s scholarships and was a real boost to our determination to continue holding fundraising events, even if they have to be virtual or socially distanced."

Over the past academic year, 13 women in Gaza have graduated and 14 new students were selected to start their studies in a wide range of courses.

It's a considerable achievement in a year where Covid-19 and all the restrictions in place have added to already challenging circumstances.

Dr Mona El Farra, one of the key organisers in Gaza, said in a report sent to supporters in September: "The impact of this pandemic is difficult for big nations to handle, let alone Gaza with its already depleted resources. This has been made even more desperate since Gaza has suffered twelve days of Israeli military assaults. Even before the outbreak of the virus, we had severe electricity shortages leaving us with only 4 hours a day, alongside equally severe water shortages."

Jacqui Greenfield, Treasurer of Saddleworth PWSF, added: "In these difficult times, it is great to be able to continue work with the projects in Gaza and the West Bank  and once again the Saddleworth PWSF organising group were amazed at how creative people were in rising to the challenge with their fundraising efforts."

For more information, you can email saddleworth.pwsf@gmail.com or head to their Facebook page by clicking here.