Villagers gearing up for Santa Dash 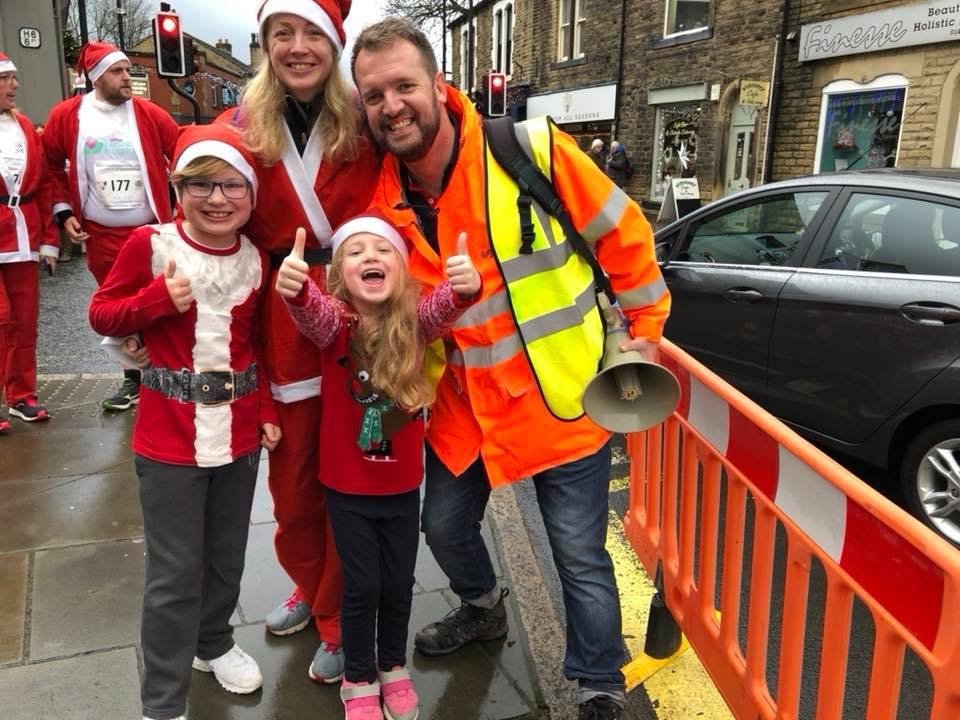 A tidal wave of love carried by 1,500 determined fundraisers is set to sweep through a Saddleworth village next month.

Uppermill is preparing for its fifth Santa Dash and organisers, the industrious Saddleworth Round Table, say tickets are selling fast.

They promise this year's event on Saturday, December 7, is set to be an absolute spectacle, with more than 1,500 Santas hitting the streets of Uppermill and surrounding villages.

And Round Table say this year exciting changes are going to keep the festivities going all afternoon.

With the relocation of Santa Dash's start-finish line to Uppermill Park, Tablers are pleased to announce the first Uppermill Christmas Markets will be  placed right in the heart of the village.

Festive musical acts will run throughout the afternoon and will culminate in two special headline Saddleworth lads tipped for stardom.

Harry Lavin, who is appearing while touring and playing with Twisted Wheel and, as a special guest, they have the breakout star of this year's Cotton Clouds festival - Sam Mcgurk.

Ed Burbidge, Round Table's lead at the event, said: "Santa Dash registrations are already in motion and last weekend more than 100 tickets were sold in less than 48 hours.

"To avoid disappointment, it's best to get yours purchased today."

Tickets for this year’s Santa Dash cost £15 for adults and £5 for children.

Your ticket will get you entry to the 2km or 5km Dash, a full Santa Suit (hat only for children), running number, and unique finishers medal, specially designed for 2019.

Tickets can be purchased through the Saddleworth Round Table Facebook page by following the links to Eventbrite.

The Christmas Markets will open at 1pm and run until 7.30pm, with the Santa Dash kicking off on Saturday, December 7.

Saddleworth Round Table is a volunteer-run organisation for men aged between 18 and 45, and raises funds which are passed on to local groups.