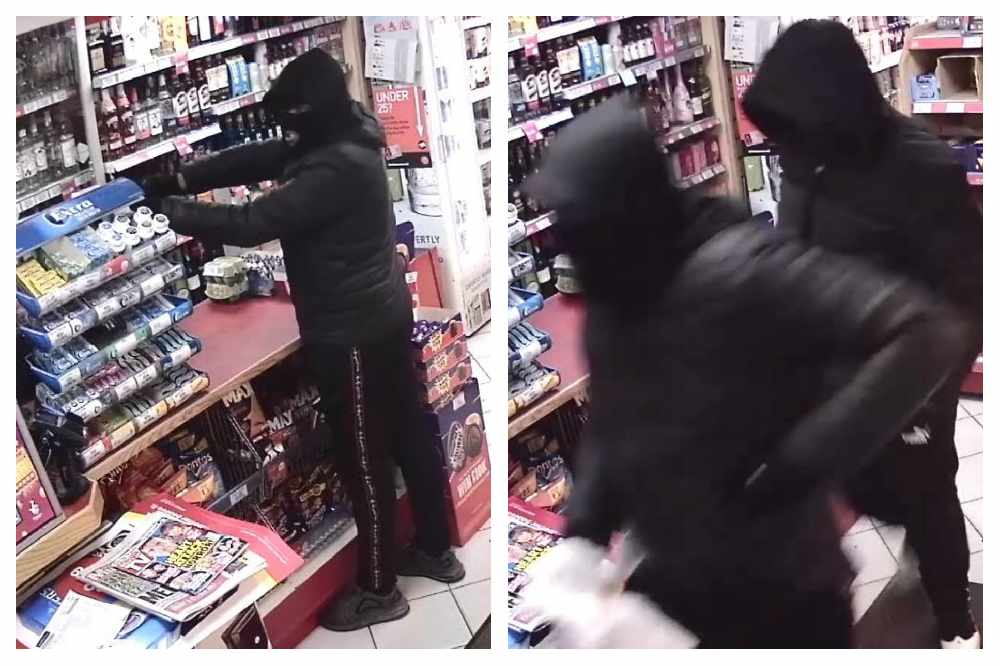 Police have released CCTV images of two men they want to speak to, after an armed robbery at a convenience store in Oldham in which two staff members were threatened and a large amount of cash and cigarettes were stolen.

It happened at the Bargain Booze store on Ripponden Road at around 7.30pm on Tuesday, March 10.

The two men (pictured) entered the shop, armed with a suspected firearm and machete, and threatened two members of staff - demanding cash and cigarettes.

The men, aged approximately between 25 and 35, fled the scene on foot having stolen a large quantity of cash and cigarettes.

They were around 5ft 10ins to 6ft tall with medium builds.

Greater Manchester Police say no injuries were reported and no arrests have been made.

But detectives are urging anyone who may recognise either man to contact police immediately.

Detective Constable Kathryn Morret, of GMP’s Oldham division, said: “This was a frightening ordeal for the staff members involved in this incident, who were left understandably shaken as a result of this robbery.

“We have released images of two men we would like to speak to in connection with the incident and we want anyone who may have information to do the right thing and contact us.

“I ask anyone who believes they were around the area at the time to try and think back to that evening and try to recall whether they recognise the men pictured so we can establish further details about the events of that night.”

Details can also be anonymously passed to the independent charity Crimestoppers on 0800 555 111.