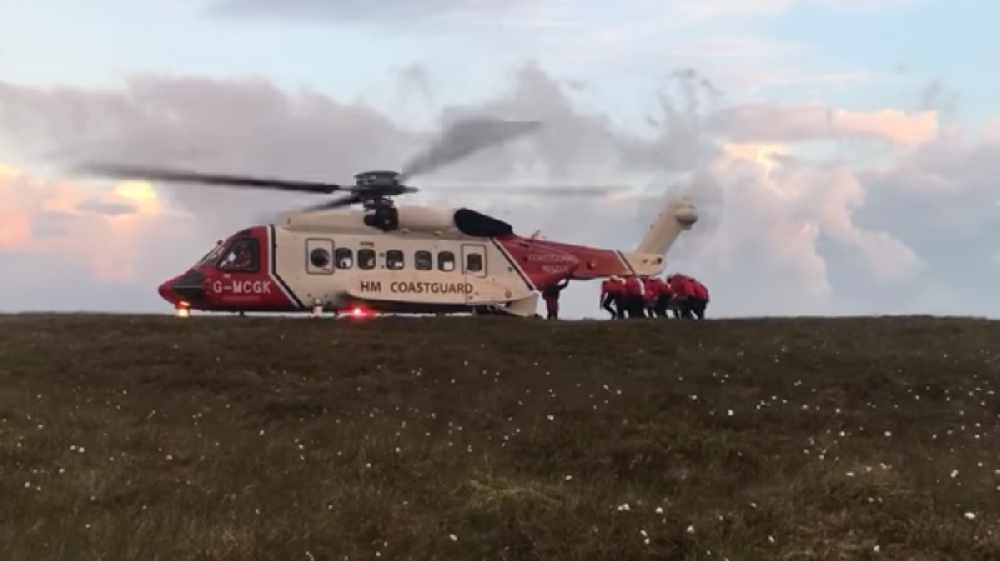 A huge rescue operation was launched after two women sustained leg injuries when lost on the moors near Oldham on Saturday evening (June 13).

Oldham Mountain Rescue Team were contacted by Greater Manchester Police, who needed help locating a female walker who was lost on the moors somewhere near Oldham.

They managed to trace the woman through PhoneFind technology and establish that she was accompanied by another woman and they were both unable to walk because they had both sustained leg injuries.

The women were airlifted to Huddersfield Royal Infirmary to be treated, after around 30 mountain rescue crew members from three different teams spent nearly four hours at the scene.

Oldham Mountain Rescue Team said in a Facebook post: "On Saturday evening, the Team were contacted by Greater Manchester Police asking for assistance with the location of a female walker who was lost on the moors somewhere near Oldham.

"PhoneFind technology helped to fix the exact location and a conversation with the missing female established that she was accompanied by another female, and that both had sustained leg injuries which meant they could not walk.

"We dispatched a hasty party and soon had personnel on scene, who made the assessment that due to the remote nature of the cas site and the fact there were two casualties, a helicopter extraction would be the preferred option.

"While the Coastguard helicopter was being organised, our neighbouring team, Holme Valley Mountain Rescue Team, were once again contacted with a request for manpower in case the helicopter couldn't make it. Woodhead Mountain Rescue Team were also asked to put their team on standby for what would have been a long double stretcher carry.

"Fortunately, the Coastguard were able to allocate an aircraft and the two casualties were airlifted to Huddersfield for further assessment and treatment.

"Thank you once again to our neighbouring teams and to Maritime and Coastguard Agency for the assistance.