Twenty is plenty on Springhead road 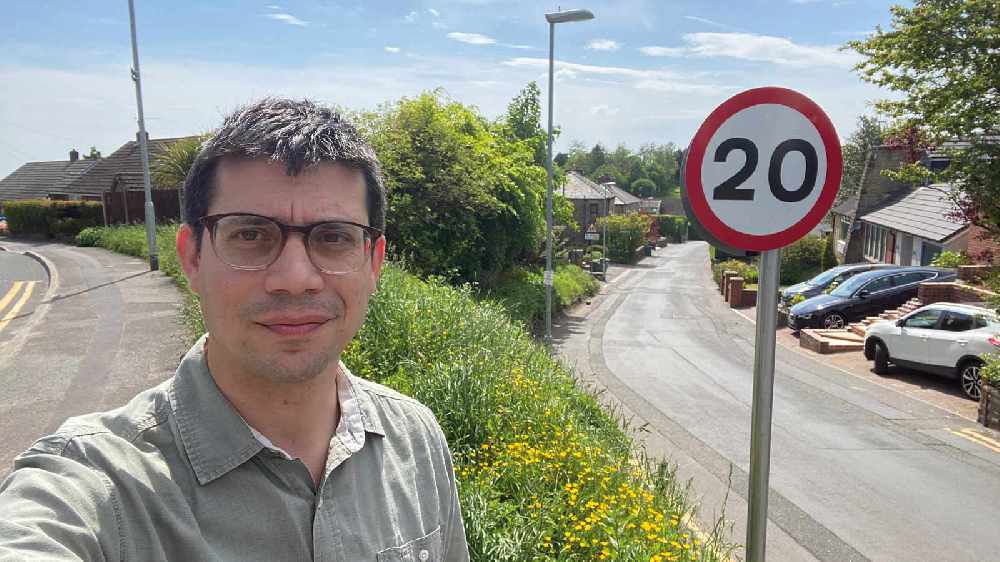 Councillor Sam Al-Hamdani next to the 20mph zone.

Den Lane in Springhead has been made a 20mph zone, with local Lib Dem councillor Sam Al-Hamdani taking advantage of coronavirus legislation to get the speed limit on the road changed.

Hundreds of people had previously signed a petition to the council asking for the reduction, citing the lack of a pavement and narrowness of the road as an obvious danger for pedestrians.

Cllr Al-Hamdani, Borough councillor for Saddleworth West and Lees, who also serves Springhead Lower on Saddleworth Parish Council, said: “I use the road all the time when I take my daughter to nursery, so I was well aware of the issues, but talking to people there, there was a real feeling that their concerns had been ignored.

“It was really helpful to be able to use the coronavirus legislation to get this change, but now that the Government has withdrawn it, a number of other obvious places that would be much better as 20mph roads have been ignored.”

The government agreed at the start of 2020 to introduce 20mph as the standard speed limit for roads with narrow or non-existent pavements, but the legislation is still to be introduced.

Cllr Al-Hamdani is also calling for more cameras and 20mph zones throughout the borough.

"There is a small – but growing – number of drivers who seem to be completely ignoring any kind of road safety," he said. "We can’t tolerate this, and they must change, or be stopped.

“That means proper funding of speed cameras across the whole of the borough, so that the people screeching through our villages get caught and punished. It means 20mph as the default wherever pedestrians don’t have a clear, safe pavement to use. And it means proper funding of police teams, whether that’s off-road patrols, speed camera teams, or more late-night policing.

“There are clear and obvious locations where reckless or criminal drivers are taking advantage – whether it’s coming down off the motorway into Denshaw, the back lanes between Grotton and Mossley, or off-roading ruining local walking routes.

“If everyone knows what is happening, and where it is, then the answer is simple. We need to fund the people who can make a difference, and make sure they are in the right places.”