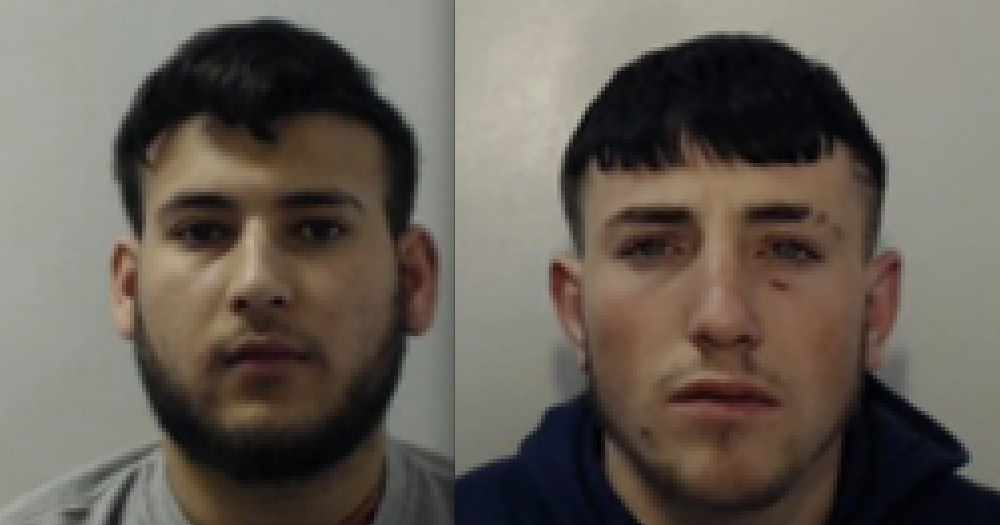 Offenders sentenced for savage attacks, leaving one victim with a fractured spine

Two 21-year-old men from Oldham have been jailed for more than 12 years following a series of violent robberies committed across the town and Manchester City Centre.

Their sentencing is part of GMP’s Operation Valiant – a dedicated operation set up by Greater Manchester Police to reduce the number of personal robberies across Greater Manchester and keep the community and their belongings safe.

On one of the occasions, a 31-year old man was walking through Piccadilly Gardens when he was approached by the group and subjected to a frenzied attack of punches and kicks which knocked him unconscious.

Following this vicious assault, the group made off with his mobile phone and wallet which contained his driving license and bank cards.

On a second occasion, a 32-year old man was approached by Adi-Ionut Cretu and the 15-year-old whilst Samuel Cretu loitered behind.

The pair tried to take the victim’s phone from out of his pocket. He tried to walk away but was approached by Samuel Cretu who punched him in the jaw.

Following this assault, all three began to attack the victim, punching him in the head until he fell to the ground, where they then proceeded to kick and punch him until he lost consciousness.

As a result of this attack, the victim was left with a fractured spine and the offenders made off with his mobile phone.

On another occasion, a 23-year-old woman and her two friends were walking along Tib Street when they were joined by the group of offenders who walked alongside them, engaging in their conversation.

Adi-Ionut Cretu snatched the victim’s bag from her shoulder, ripping off her thumbnail in the process.

He opened the bag and removed an amount of cash before the victim’s friend grabbed the bag back from him.

At this point, Adi-Ionut Cretu grabbed the victim’s mobile phone from out of her hand and the group ran off.

The victim’s other friend – a 24-year-old man – proceeded to chase the group and managed to retrieve the phone. However, during this retrieval, he was knocked to the ground and kicked in the chest by Adi-Ionut Cretu.

Detective Sergeant Helen Fletcher, from GMP’s Operation Valiant team within the City of Manchester division, said: “These are three vicious individuals whose greed showed no limits as they savagely attacked innocent members of the public for their own selfish gain.

“It’s important not to underestimate the severity of these crimes, and I would like to thank our officers along with the CPS and the bravery of the victims who have been working tirelessly as part of Operation Valiant to bring these offenders to justice.

I can only hope that today’s result gives these individuals the time they need to reflect upon their actions and acts as a warning that this type of criminal behaviour will absolutely not be tolerated in Greater Manchester and Operation Valiant will continue to target those who think it’s acceptable to commit violent street robberies.”