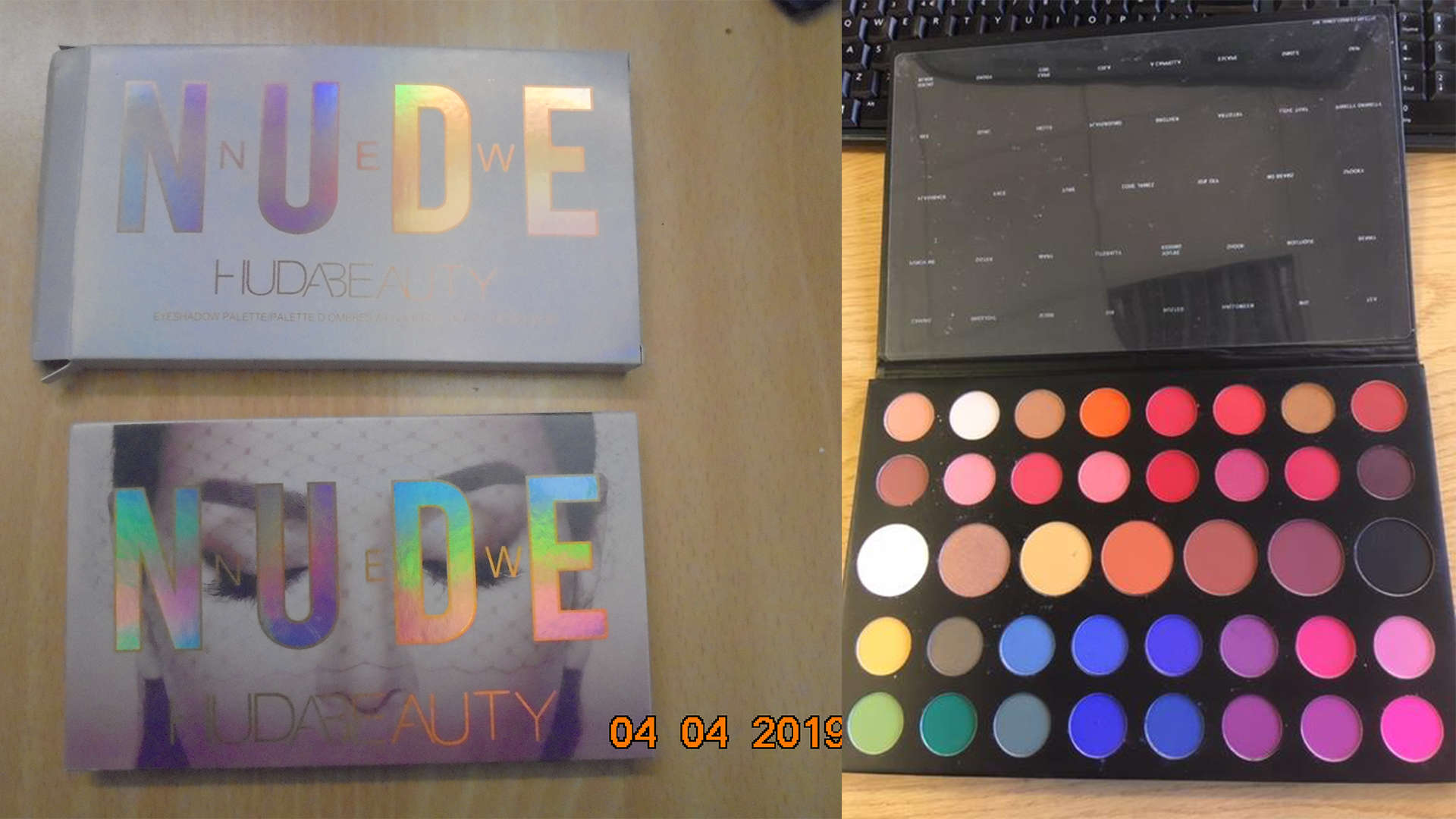 A trader has been fined after hundreds of fake make-up palettes were found in a self-storage unit in Oldham.

Oldham Council's Trading Standards department has now successfully prosecuted the trader for possessing counterfeit cosmetics and trying to pass them off as the real thing.

In 2019, as part of an investigation into the supply of counterfeit goods, officers searched a self-storage unit in Oldham and found 720 ‘Huda Beauty’ and 42 ‘Morphe’ make-up palettes.

On closer inspection, they were all found to be fake.

The cosmetics had been imported and delivered to the storage unit.

The value of the goods, if they had been genuine products rather than fake, would have been in the region of £33,000.

The owner of the unit, Fan Jiang, 34, of Hexham Road, Gorton, was interviewed under caution and a decision was taken to prosecute her.

At an earlier hearing at Tameside Magistrates' Court, Jiang pleaded guilty to two offences of possession for supply under the Trade Marks Act 1994.

On 4 January, she was ordered to undertake 200 hours community service and pay £3,700 towards the prosecution’s costs.

The court also said that the seized items should be destroyed.

Councillor Amanda Chadderton, Deputy Leader of Oldham Council and Cabinet Member for Neighbourhoods, said: “Thanks to good work from our Trading Standards team a significant amount of counterfeit make-up has been removed from the streets.

“This successful prosecution sends a clear message that illegal activities will not be tolerated.

“Goods like this can be dangerous and unsafe for buyers as they rarely comply with proper safety requirements. The sale of counterfeit goods also damages legitimate local businesses and the economy.

“You might think you are buying a bargain but in the long run you are just giving money to criminals and potentially putting yourself at risk.”

People are being urged to report if they know where counterfeit goods are being sold to trading standards by calling the Citizens Advice Consumer Helpline on 0808 223 1133.