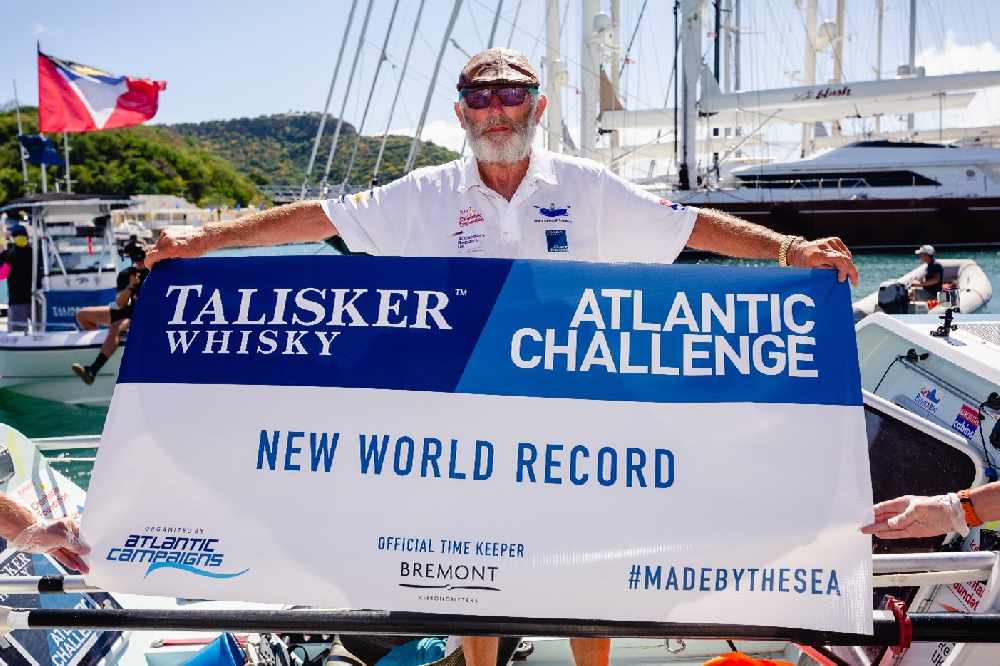 Oldham's champion of the seas has been awarded the highest accolade in Rotary circles.

Frank Rothwell, who at 70 became the oldest challenger to complete an unassisted 3,000 mile fundraising sea journey, has been awarded a Paul Harris Fellow by Oldham Metro Rotary Club.

The award recognises a person whose life demonstrates a shared purpose with the objectives and mission of Rotary: service above self.

And it underpins the resolve to help build world understanding and peace and to promote and help with projects that help others.

Garvin Crabtree, president of Oldham Metro Rotary Club, said: “Frank’s achievement is outstanding and serves as an inspiration to us all and is certainly deserving of Rotaries top award. Rotary Oldham Metro are proud to present him with a Paul Harris Fellow.”

Frank said: “It’s is a great honour and very humbling to be recognised by the Oldham Metro Rotary Club and awarded a Paul Harris Fellowship for my charity work.” 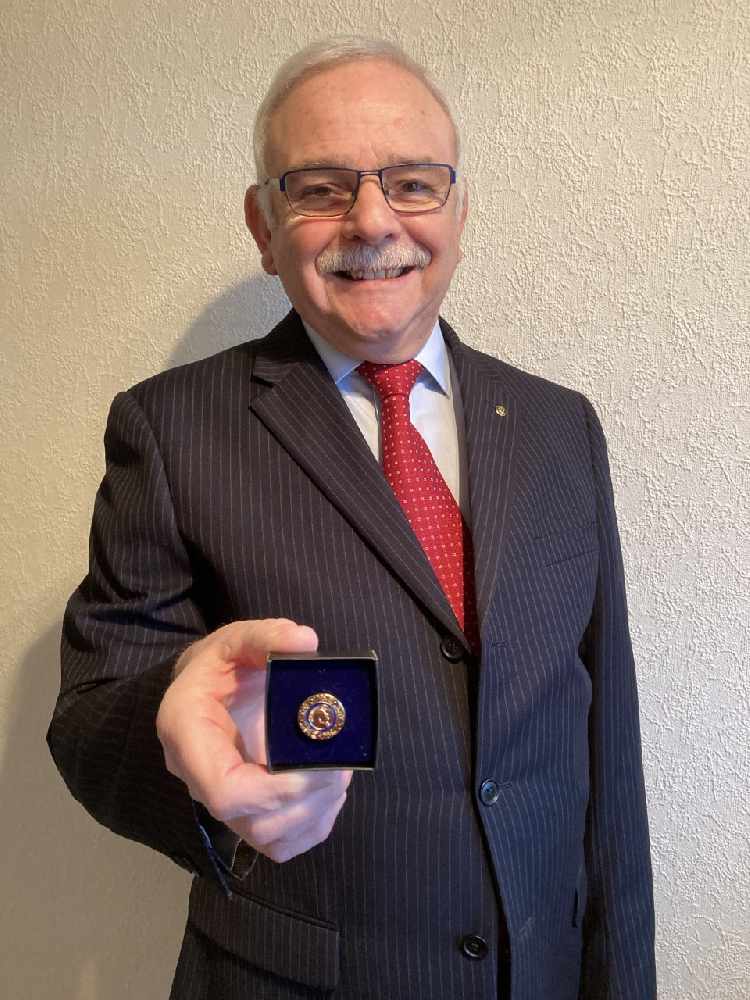 Frank has already declared he is planning to do it all again.

“January 2023 is my diary as the date for cracking the challenge again,” he said resolutely. “I have learned so much from this remarkable journey it’s fired me up to do it all again, providing I’m fit and in good health.”

Frank, boss of Manchester Cabins, made landfall in Antigua after a remarkable 56 days two hours sail from La Gomera in the Canary Islands which began on December 12.

He told me: “By rowing the Atlantic solo I have exceeded my target of raising one million pounds for Alzheimer’s Research UK which is a very worthwhile charity.

“Just as important as raising the funds is raising awareness of this terrible condition of which not much is known.

“Unfortunately, when a doctor confirms you have the condition, that will be your best day because your mental health goes slowly down hill from  that point and there is no cure.

“I believe most people are looking for a project or something they can do that will make a difference locally or to society in general.

“Luckily for me I found a challenge that was something I wanted very much to do. Rowing solo across the Atlantic Ocean at 70 definitely caught the attention of the media.

"It was purely by chance I chose to raise one million pounds because the first amount I thought of was ten thousand. Then I thought, if I cannot raise a million with my drive, business experience and connections then nobody can.

“I decided to pay for all the costs and we persuaded, Just Giving, to administer the funds for free so 100 per cent of all donations go to the charity.

“I have to thank Alzheimers Research UK for their assistance in the fundraising and handling all the media. In Antigua on one day alone, they arranged for 10 different TV and radio interviews from all around the world.

“The whole experience has been fun and at no time did I ever regret starting off on this challenge.”

And Oldham’s Mayor, Cllr Ginny Alexander, has honoured him with a personal Mayor’s Appreciation Award for his charitable efforts declaring “Frank you are an inspiration.”

To donate to Frank’s fundraiser, go to www.justgiving.com/frankrothwell.