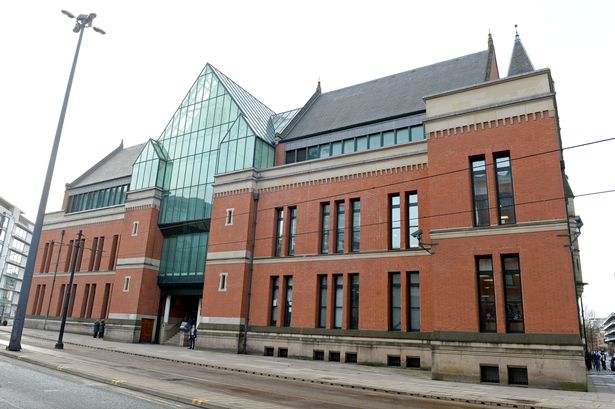 Three men from Oldham have been jailed after subjecting a security guard to "a prolonged and aggressive assault" when refused entry to a nightclub in the town centre last year.

Josh Harewood, 26, of Dartmouth Close, was jailed on Monday (2 November) at Manchester's Minshull Street Crown Court after pleading guilty to two counts of section 47 assault and one count of affray. He was sentenced to one year and 10 months imprisonment for each offence, with the sentences set to run concurrently.

Nathan Boothroyd, 24, of St Mary’s Street, and Aiden Simpson, 27, of Warcock Road, both pleaded guilty to one count of section 47 assault and one count of affray. They were both sentenced to one year and four months imprisonment for each offence, with the sentences set to run concurrently.

The court heard how in the early hours of Saturday 28 December 2019, Simpson assaulted a security guard at a nightclub on Fairbottom Street after the three men were refused entry.

The security guard was then dragged into the street by Harewood before being subjected to a violent assault by all three men. After members of the public and venue staff managed to intervene, Harewood proceeded to pick up a traffic cone and throw it into a nearby crowd, resulting in a man being knocked unconscious.

Undeterred by this, the three men then continued to assault the security guard before he was able to escape to safety.

Police Constable Joseph Dunne, of GMP’s Oldham District, said: “All three men took it upon themselves to violently assault a man for refusing them entry, subjecting him to a prolonged and aggressive assault that could have caused him significant injury. Not stopping there, Harewood also knocked an innocent member of the public unconscious, which could have had a potentially devastating outcome.

"I hope that this sentencing provides a sense of comfort and justice to the two men that were injured in this abhorrent and unprovoked attack. There is no place for violence within our community, and I also hope this provides some reassurance to the people of Oldham that GMP will do it all it can to bring those who believe they are above the law to justice.”