The next steps towards Oldham Green New Deal 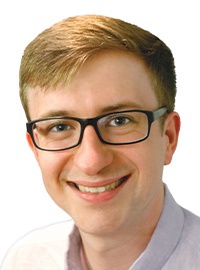 Oldham Council have signed the Charter for Trees, Woods and People and appointed a Tree Champion for the first time.

The authority have backed projects that tackle every element of our climate challenge - from Warm Homes Oldham to the removal of single-use plastics from council buildings, to one million watts of solar energy generating capacity on council-owned social housing.

The council will now take further steps towards an Oldham Green New Deal, which will see the council aim to become carbon neutral by 2025.

Signing the Charter for Trees, Woods and People commits the council to adopting policies and practices that favour trees and wildlife wherever possible, recognising their value and importance.

Trees in the borough help avoid 200,000m3 of stormwater run off every year. A single tree can also absorb a ton of carbon dioxide by the time it reaches 40 years old.

In addition, Cllr George Hulme from Saddleworth North will be the council’s first Tree Champion. He will be tasked with improving standards on tree protection and increasing planting rates.

Cllr Abdul Jabbar, Deputy Leader, said: “Oldham is blessed with 465,000 trees, and we’ve been really successful in recent years increasing tree cover to 11.5%. But we have ambitions to go even further, and signing the charter will help us get there. As councillors we make tough choices every day on things like the location of much-needed new homes.

“Oldham Labour refuse to hold our borough back, but wherever possible we should be looking to plant new trees, protect those we have and enhance the green space that makes Oldham such a great place to live.”

“Trees not only make places beautiful, but they’re also absolutely vital for tackling climate change. As Tree Champion I’ll be working with officers to ensure we create space for new trees wherever we can and protect as many as possible.”

The decisions were made at a full council meeting on Wednesday (11 September).