The major projects planned for Oldham in 2021 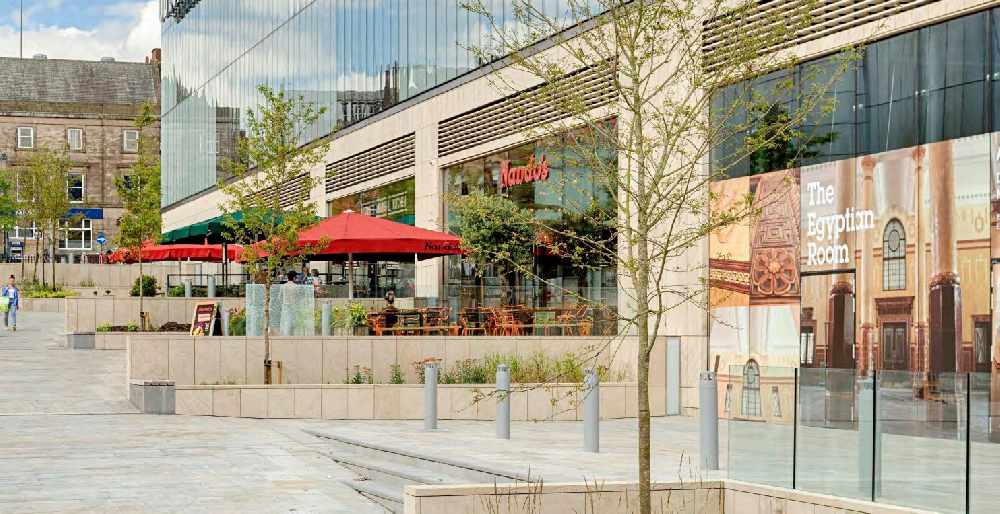 2021 promises to be a big year for Oldham with a raft of exciting projects set to take major steps forward.

Despite the challenges brought by the coronavirus pandemic, infrastructure masterplans for the borough have continued apace.

These include plans to transform the historic Egyptian Room in the town centre into a food and drink hall in the style of Manchester’s Mackie Mayor and Altrincham Market.

Bosses are also hoping to progress the Northern Roots project to create a huge 160 acre eco park and urban farm on green land in Snipe Clough.

And a long running scheme to bring a new high school to the town looks to finally move forward in the new year.

The government will also decide whether Oldham has won the £41m it bid for from the Towns Fund to fund five huge infrastructure projects including the relocation of Tommyfield Market and a new space for Oldham Coliseum.

A spokesman for Oldham council said: “While we have some big announcements to come in the New Year for Oldham, we will be announcing relevant updates in due course as we look to build back better across our borough.

“In addition to this, we are expecting to hear back on our Towns Fund application within the next few months which will impact on the projects we are working on.”

Part of the Old Town Hall, the ornate Egyptian Room on Parliament Square has been empty for years – but a planning application for its renovation was lodged in the summer.

The council wants to create an ‘independent food market’ inside the Grade Two-listed space.

It is seeking listed building consent for the works, which would see a coffee shop, pizzeria and a bar – centred around a communal dining area – installed in the town hall.

A decision by the planning authority on whether to allow the proposals to go ahead is still pending, but behind the scenes bosses are already preparing to go out to tender for the works in the new year. 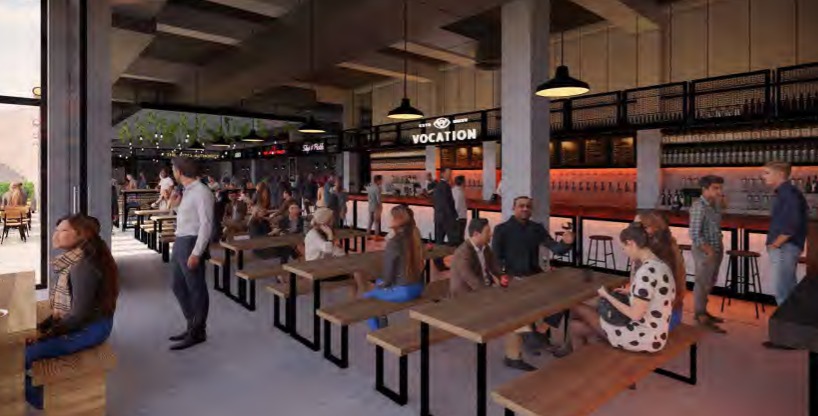 The food hall will have a bar provided by Vocation Brewery and several food stalls. Image: PopCity/Populous Jump Studios.

The former town hall building, built in phases from 1841 onwards, was designed to accommodate civic and administrative uses as well as police and courts functions.

The Egyptian Room, which is ornately decorated with floor to ceiling glazed tiles and double-height vaults, was once home to the Borough Treasurer’s Rates Hall.

If the food hall plans go ahead, it will have space for 235 people inside and out, including a large, covered terrace on Parliament Square and the upstairs mezzanine area.

There is also the opportunity to ‘extend the market offer’ into the square, which could be through ‘appropriate’ mobile food vendors, such as vintage classic vehicles.

A planning application for a new town centre secondary school is expected to be submitted early in 2021.

It will be called The Brian Clarke Church of England Academy, named after the Oldham-born architect and artist Brian Clarke, who works predominately in stained glass.

He has also designed the spinning mill artwork that is at the centre of the new school crest.

The academy will be part of the Cranmer Education Trust which already runs The Blue Coat school. 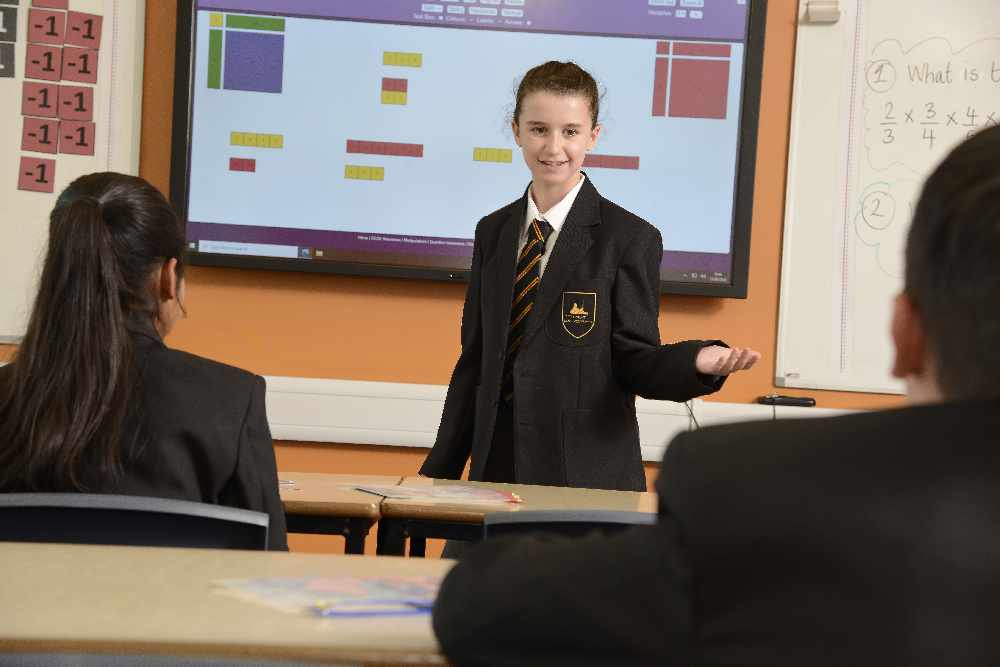 The Brian Clarke Church C of E school will be a new addition to Oldham. Photo: The Cranmer Trust.

CEO of the Cranmer Education Trust Julie Hollis said: “Our mission is to transform the life chances of children and young people through excellent education and outstanding schools and to nurture our pupils to become everything they can be and are meant to be.

“The Brian Clarke Church of England Academy is being founded to help meet the need for more secondary school places in the borough and to provide another good school, like The Blue Coat School, to increase parental choice.”

It is planned to open in the 2022-23 academic year, but subject to planning approval, building work could begin this year.

The new Church of England high school will also serve different faiths and denominations, and will provide an additional 240 school places a year in the borough.

It would be based on 160 acres of green space in Snipe Clough, just south of the town centre, and could see activities ranging from market gardening to music festivals, forest schools to woodland weddings.

Bosses are asking for £8m from the government’s Towns Fund which would support the cost of enabling works and access routes, the construction of key infrastructure including a visitor centre, education centre, market garden and mountain biking hub.

A decision on whether the authority has successfully bid for the cash is expected early next year.

However work is set to begin on the ground by members of the Northern Roots team and volunteers to start actively managing the site.

The replacement will consist of a new glass house, a two-storey office building, as well as remodelling and an extension of the existing portal shed.

It is planned to use biomass heating and solar panels to become carbon neutral, furthering the town hall’s ambitions to make Oldham the greenest borough in Greater Manchester.

The eco centre would have capacity to process 600 tons of green waste on the site, which would produce excess energy to be sold back to the grid.

Relocation of Tommyfield Market, ‘Grade A’ offices and a new park

The relocation of Tommyfield Market is also a project that could potentially make strides in 2021.

It is included as one of the schemes that bosses hope could get a £7m slice of the government Towns Fund pot, which would enable the relocation of traders from Henshaw Street into the shopping centre.

An announcement on which bids have been successful is expected by the government in the first quarter of the new year.

The council wants to move the market from its existing site into Spindles Town Square Shopping Centre, which was recently purchased by the authority at a cost of £9.5m.

As part of the plans for Spindles, they are also proposing to create the first ‘Grade A’ office accommodation for the town centre within the shopping centre.

This will ‘diversify the space into a thriving economic and social hub’ with increased levels of footfall, according to bosses.

This proposal will need £6m from the Towns Fund, and the aim is to create contemporary office space that will appeal to ‘new entrepreneurs and growing sectors like creative design and media’ to deliver new jobs for local people. 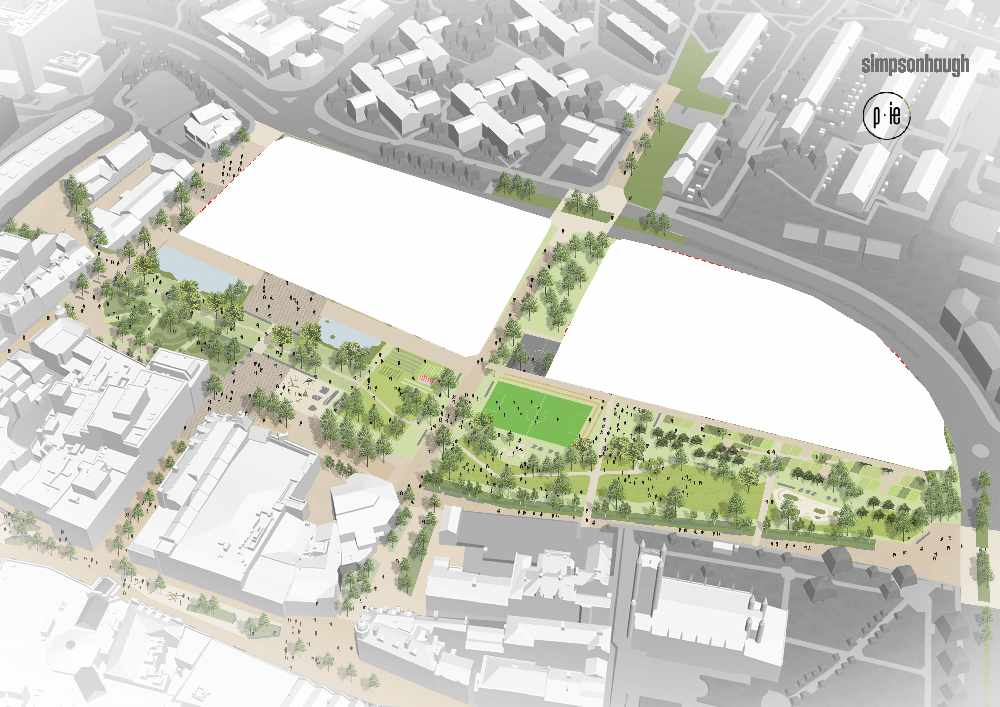 A graphic of how it could look released by the council envisages playgrounds, football pitches, planting and water features.